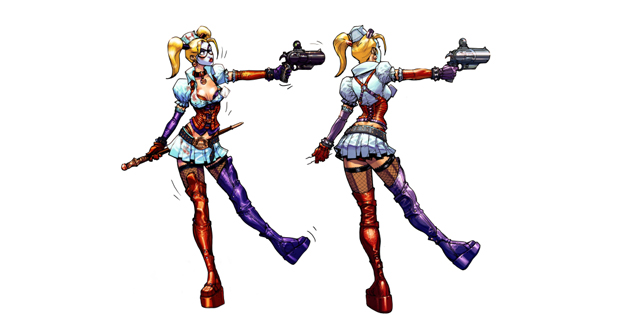 In 1992 a new character was introduced in Batman:The Animated Series. Her name was Harley Quinn. One year later she made her appearance in The Batman Adventures #12. As suggested by her name (a play on the word “Harlequin”), she is clad in the manner of a traditional harlequin jester. Her character is a frequent accomplice/girlfriend of the Joker. Since she is also close to Poison Ivy – soon available in the same Bombshells Series – Harley gained her immunity to poisons and toxins.

The character of Harley Quinn was created by Paul Dini and Bruce Timm, and was originally voice by Arleen Sorkin in *Batman: The Animated Series *and its tie-ins. However, Hynded Walch voiced Harley Quinn in *The Batman animated series. *In *the Bird of Prey Series, *it was Mia Sara’s turn to voice the character.

Up until now, Harley has made her appearance in several video games based upon the animated series:

Here at Archonia we give you an exclusive unboxing of this amazing sculpture! Enjoy!