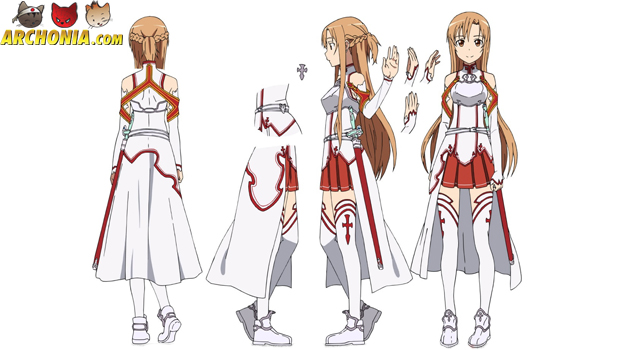 Today for Archonia’s Spotlight, we will have an indept article about the character Asuna from Sword Art Online (SAO). 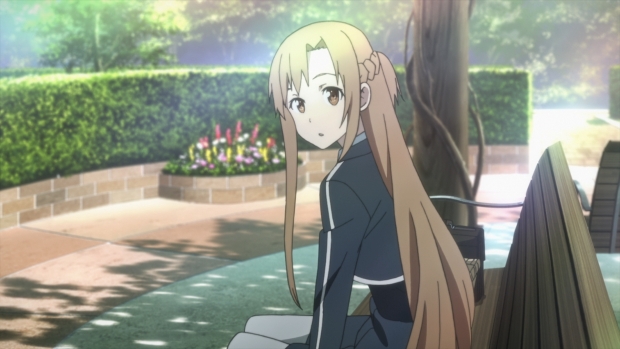 Yuuki Asuna (結城明日奈), or Asuna for short, is a heroine in the Sword Art Online series. She is Kirito’s partner, as well as girlfriend and in-game wife, and the sub-leader of the guild “Knights of the Blood”. In real life, she is the daughter of the former CEO of RECTO Progress inc.

Asuna is a kind young woman who cannot refuse to help others in need. She easily gets emotional, especially when other people die or are in danger, and loses control over herself. She is quite proud of her abilities and anyone who challenges her authority can prepare to face her in a duel. Especially in the beginning of the first game, she prefers to be on her own and is quite capable of solving matters without the help of others. 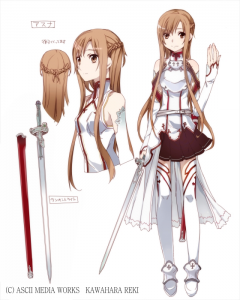 When Asuna started playing she was 15 years old. She logged in on her brother’s NerveGear, as he had to go on a sudden business trip and could not play on the opening day of Sword Art Online. The character that she created was called Asuna as well, and is specialized in fighting with one-handed rapiers and cooking. The rapier that she uses is called “Lambent Light”, and was created by her friend Lisbeth. When Asuna discovered that all players were trapped in the game, at first she just stayed in her room in “Starting City”. After about a week, she decided to take fate into her own hands. She did not care about dying, and therefore she also did not mind risking her life to defeat as many monsters as possible. Because of this she leveled up at an incredible pace and she earned the title “The Flash” for her excellent sword skills, which are as fast as a flash of lighting.

While fighting, Asuna met Kirito and they decided to temporarily form a party together to help defeat the first boss. Their meeting drastically changed Asuna’s personality and outlook on life, and she starts seeing him as somewhat of a mentor. Because of Kirito she also learns to enjoy the game instead of just focusing on clearing it as soon as possible. Following Kirito’s advice to join a guild, Asuna becomes part of the “Knights of the Blood” guild, as their sub-leader. Asuna and Kirito kept meeting each other, and eventually Asuna started to get feelings for him. After saving Kirito’s life, they spent the night together and Kirito proposed to her. While on their honeymoon they met Yui, who became their adopted daughter. During the final battle, Asuna sacrifices herself to save Kirito.

Though Kirito finds himself in the real world again, Asuna is left behind in the virtual world.

As one of SAO’s most important character we have some real nice statues of her. Check out the Gallery: 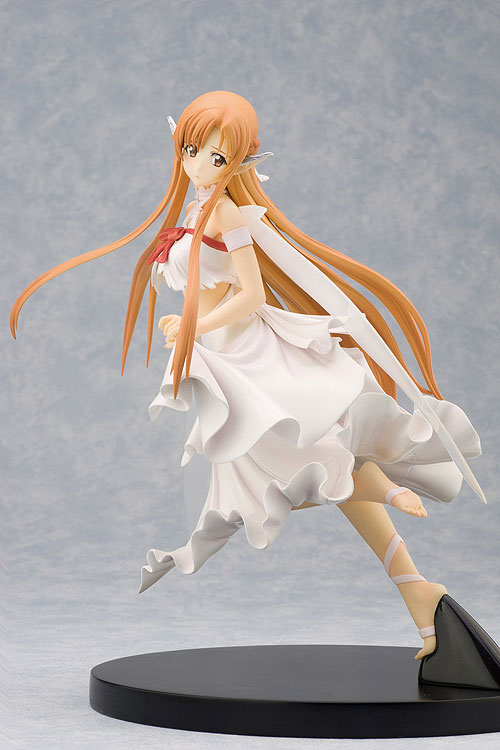 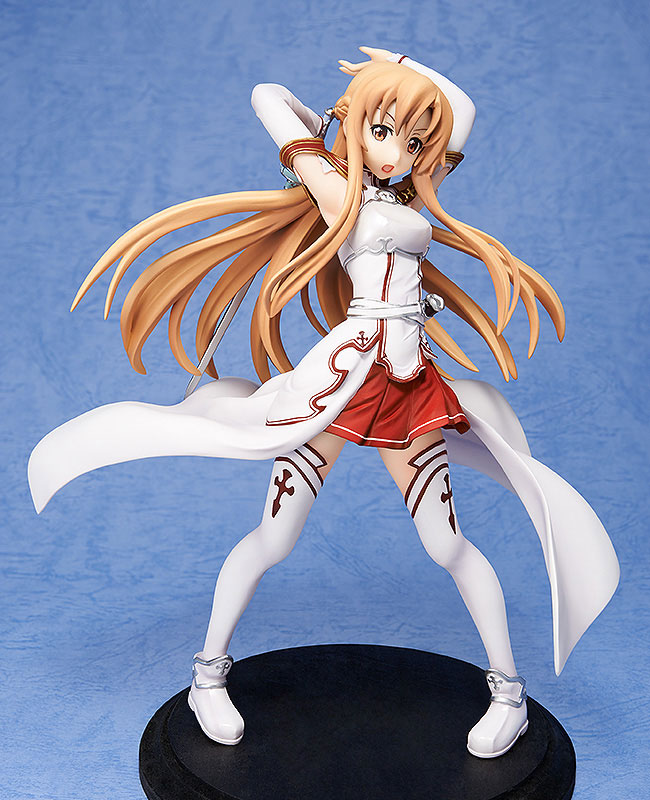 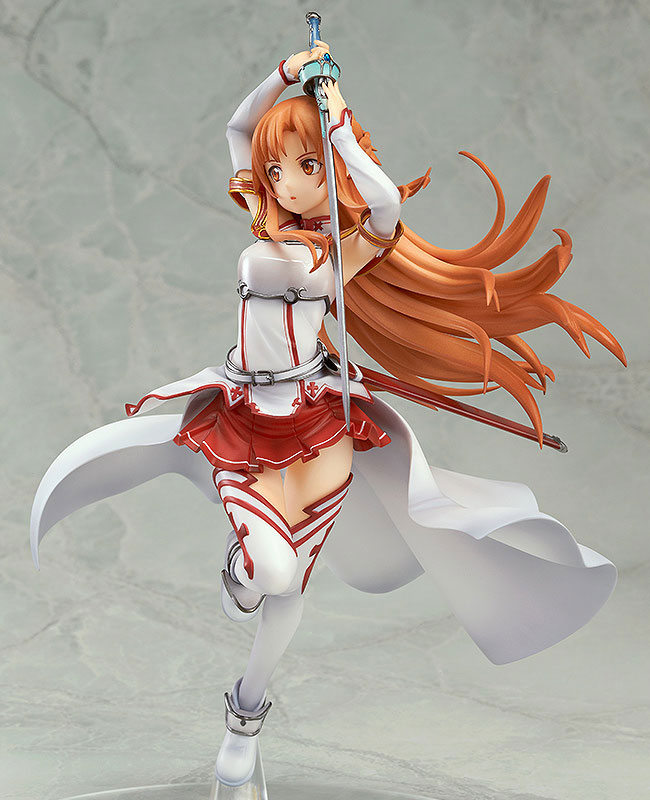 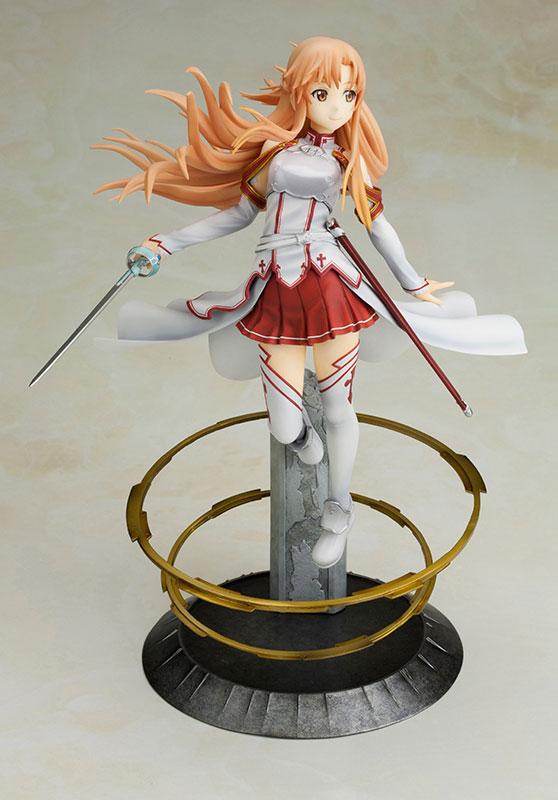 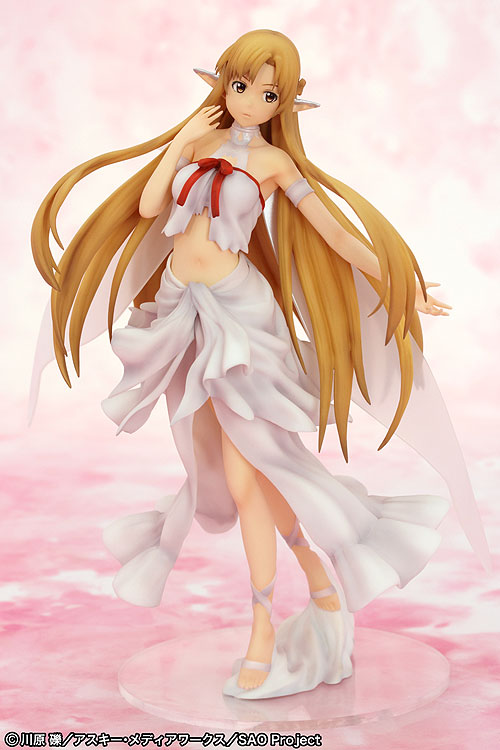 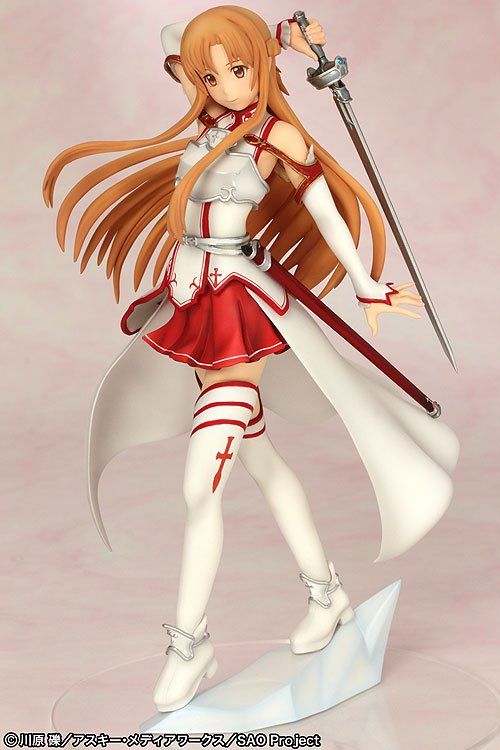 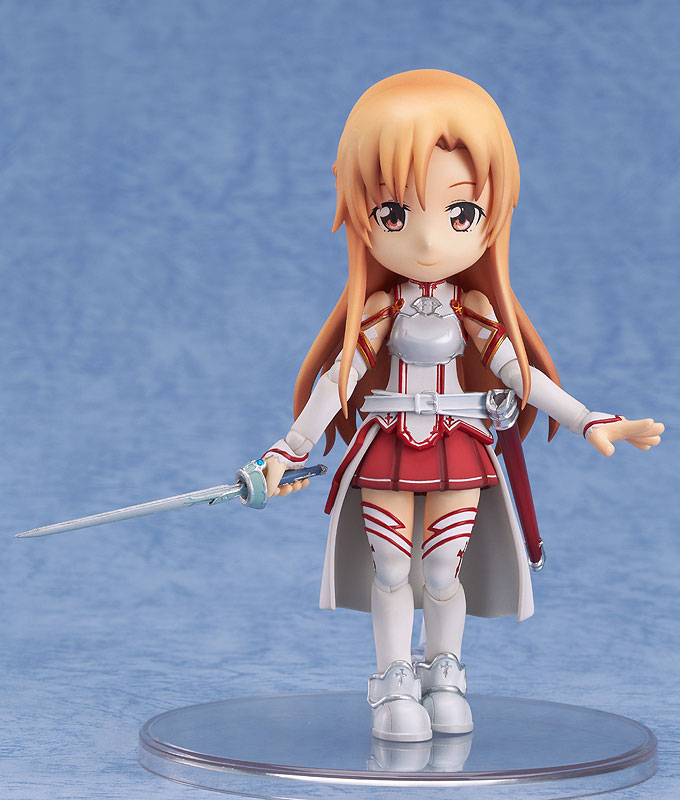 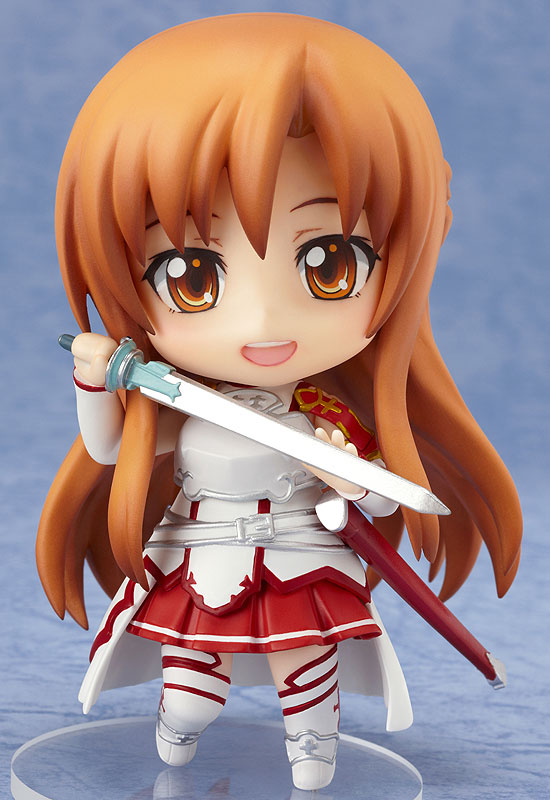 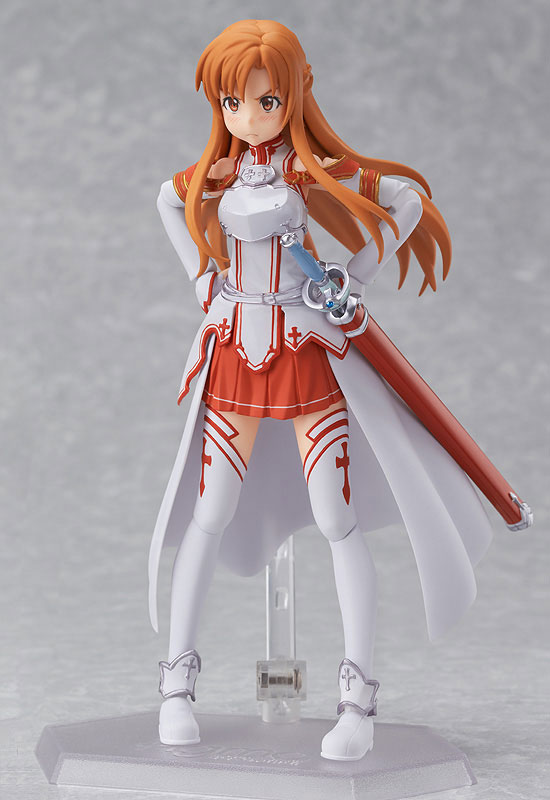 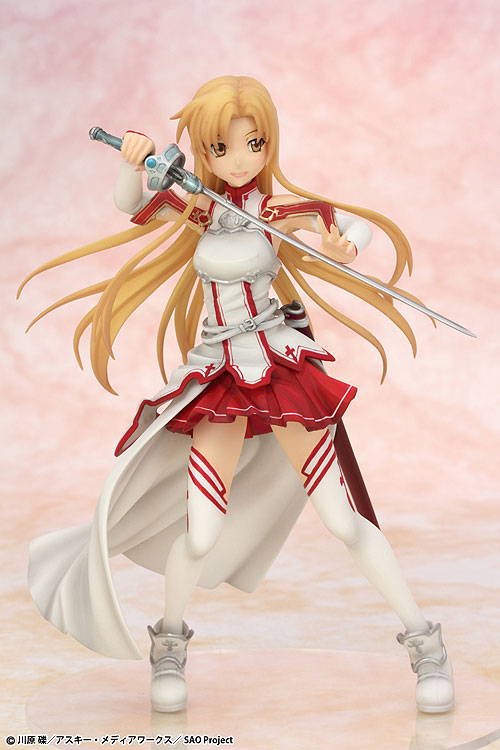 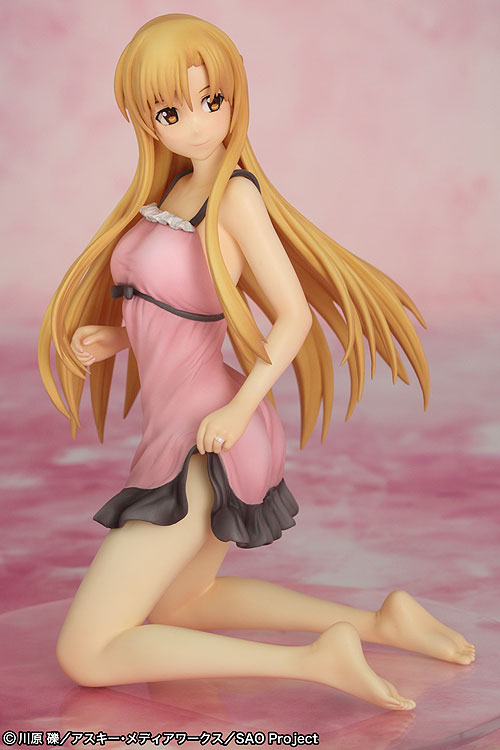