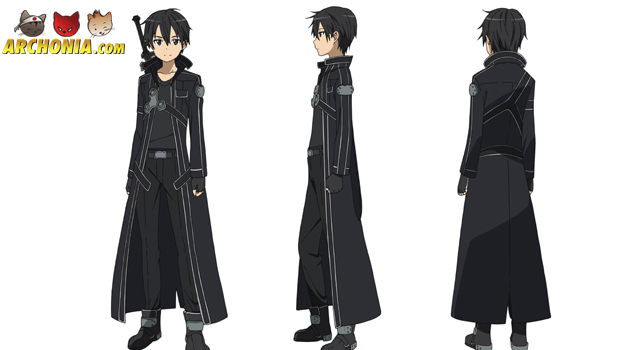 Today for Archonia’s Spotlight, we will have an indept article about the character Kirit from Sword Art Online (SAO). 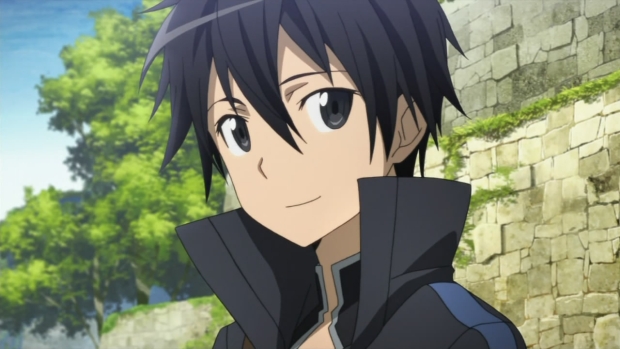 The name of Kirito is derived from his real name Kirigaya Kazu**to. **He was chosen as one of the 1000 beta testers for the closed beta of Sword Art Online, the first VirtualReality MMORPG for the Nevergear.

Kirito is someone who is not good with words. This is due to him not having many friends and his love for computers. As such he might come off as a rude person. However, sometimes he actually enjoys angering and teasing people. Also, from time to time, Kirito can be quite overconfident thinking he can do things others can not.

One thing is for certain, Kirito is someone who is always calm and rarely showing any sings of distess. Though he has shown diffrent moods throughout the series; at times being cheerful, or gloomy, he becomes incredibly fierce and aggressive in battle.

During the closed beta, Kirito’s avatar was quit a handsome character from some fantasy animation, looking older then he actually was. Also it was stated that his in-game height was set equal to his height in the real world. After the game is converted to full version, all avatars resemble their players real life appearance.

Due to the tendency to wear black cloth, he got the nickname “Kuro no Kenshi” or Black Swordsman. In ALfheim Online he changes appearance:

In real life Kirigaya kazuto was adopted by his aunt and uncle a year after his birth, when his biological parents died in an accident. Raised as a son by his foster parents, he trained with his cousin in the neighbourhood kendo dojo. Because of his aunt’s influence as an editor for a computer systems magazine, kazuto fell in love with computers and dropped kendo after two years of practice. 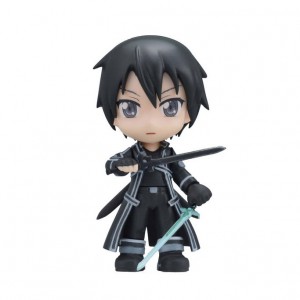