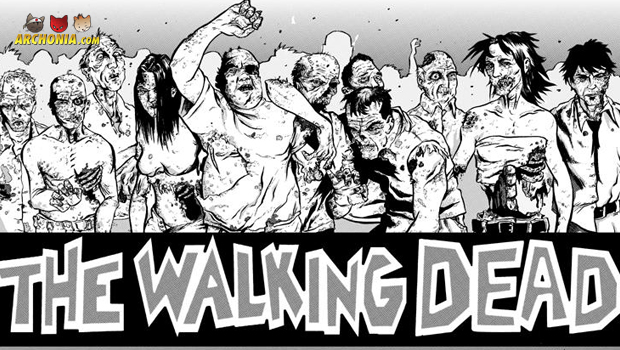 The Walking Dead is an ongoing black and white comic book series written by Robert Kirkman.

It chronicles the travels of Rick Grimes, his family and other survivors of a zombie apocalypse.

The comic was first issued in 2003, by publisher Image Comics. Together with artist Tony Moore, Kirkman created the series. From issue #7 Moore was replaced by Charlie Adlard, though Moore continued to do the covers until #24.

Shot in the line of duty, police officer Rick Grimes wakes from a coma in the hospital to find his town overrun with walking corpses, referred as walkers. In the new world the walking dead outnumber the living about 5000 to 1. As Rick meets survivors he learns from fellow survivor Morgan Jones and his son Duane that the government told people to find safety in Atlanta. On his way to Atlanta to find his wife Lori and son Carl, he meets a scavenger named Glenn, who takes him to a small survivor camp outside the ruined city, where Rick reunites with his family.

The cause of the zombie outbreak has not been explored yet. The character Eugene claimed it was a government engineered virus, but he turned out to be lying.

As Typical in zombie fiction, the Walking Dead zombies are relentlessly hunting and eating humans. Even a small bite causes fatality in hours, or days depending on the victim. However, amputating a bitten limb can sometimes prevent the fatal fever, the bite spawns, from spreading.

A zombie bite itself does not cause a person to turn. Since the outbreak every corpse becomes a zombie regardless how it died. Only the destruction of the brain causes the corpse never to rise again. Exposure to zombie bodily fluids or eating infected zombie meat does not seem to be lethal or infectious.

The zombies in the series move slowly and are not especially dangerous, except in large numbers of with the element of surprise. Rick’s group has observed zombies too weak to move.  Therefore Rick’s group classifies zombies as either “roamers” or “lurkers”. The lurkers are being more likely to venture toward a loud noise in search for human prey. As zombies follow and mimic each other, it can result in enormous hordes travelling together, walking nonstop and sometimes even forgetting the sound that initially started the movement.

As Rick and his family travel, they meet a lot of survivors. Since there are so many characters which play a significant role we stick to the Grimes Family first: 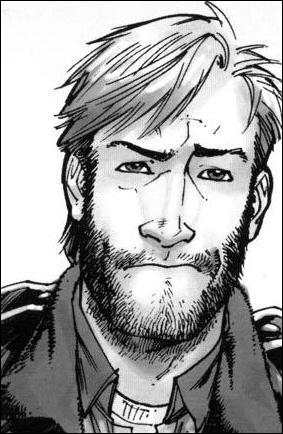 Rick Grimes: Main protagonist and the group’s leader. He is Lori’s husband and father of Carl and Judith. 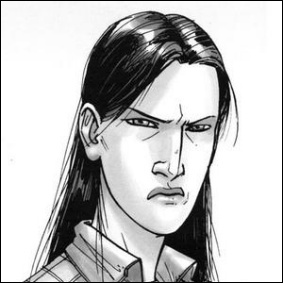 Lori Grimes: Rick’s wife and mother of Carl and Judith. Believing Rick was dead, she had an affair with Shane. During the Governor’s assault on the prison, she is suddenly shot through her abdomen. 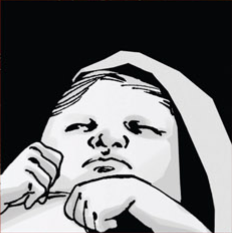 Judith “Judy” Grimes:  Newborn Daughter of Rick and Lori Grimes, though it is strongly implied that Shane could be her father, and sister of Carl. During the assault on the prison, as Lori is killed by a gunshot she lands on Judy and crushing her. 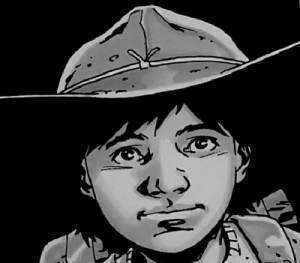 The trade paperbacks collect six issues each, but contain only the story and no cover art. Each paperback follows the custom of having a three word title.

All hardcovers contain the contents of the comics, including covers, and in some cases bonus materials. Each hardcover contains two story arcs from the series.

Limited omnibus collect 24 issues in a slipcase with several extras.