Guardians of the Galaxy : Drax the Destroyer 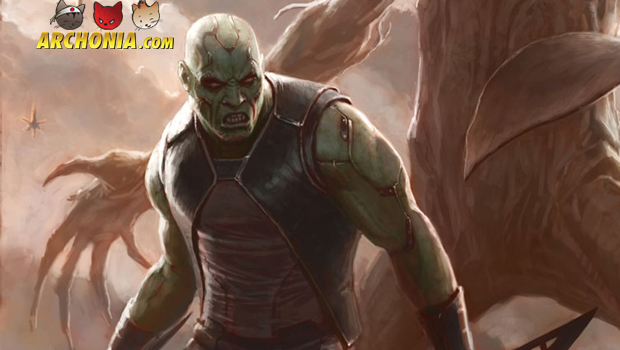 We are still 5 month away from the release of Guardians of the Galaxy. But who are these Guardians?

This week we will present you the character sheets of each character as followed:

Today we will introduce the final Guardian: Drax the Destroyer.

Guardians of the Galaxy: Drax the Destroyer 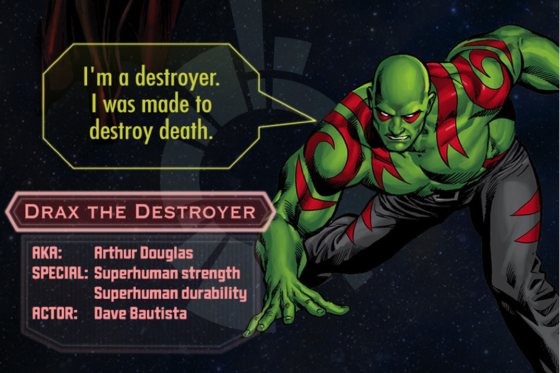 When you are reading Drax the Destroyer’s life story you should pity him. Drax wasn’t always the superhuman, green and red killing machine we now know him as. In fact, he wasn’t super at all, but human, just an ordinary man named Arthur Douglas. A good family man with a wife and a daughter and a happy life – until driving through the desert one day with his family, when their car is attacked by the ultimate Marvel villain Thanos, and his family is murdered, or so he thinks.

After the attack, the Titan god, Kronos, and Mentor decide they need a powerful new weapon to combat the spreading threat of Thanos and so they take Arthur’s spirit and put it in a body that has superhuman strength, stamina, and resistance to injury, along with the ability to fly through space and project energy blasts from his hands. He’s renamed “Drax the Destroyer” and his sole purpose becomes to kill Thanos. As for that, he’s also capable of sensing Thanos’ presence across space.

And that works out just peachy for a while, until Drax is temporarily possessed by an alien entity, battles his daughter, who is alive and now living as the galactic entity known as Moondragon. After he recovers, he watches as Moondragon goes power-mad and attempts to dominate the planet Ba-Banis through mass mind control. He tries to stop her, and then dies when she drains the life force from his surrogate body. Quit unfortunate.

After that, Kronos resurrects Drax again and gives him even greater physical power. Unfortunately, due to the effects of Moondragon’s attack, Drax suffers severe mental impairment until Moondragon appeals to Kronos to once again restore part of Drax’s former mental capacity. Kronos does, but it comes at the cost of Drax’s even greater physical powers.

Drax then undergoes one more great physical change prior to the Annihilation storyline where he appears to die again, but is instead reborn into a smaller body with somewhat downgraded superpowers, but a new-found capacity for knives, and it’s at this time that his mind is fully restored.

Shortly afterward, Drax is recruited by Star-Lord to be part of the newly-formed Guardians of the Galaxy.

Trivia #1: Prior to being murdered dead by Thanos, Arthur Douglas was a saxophonist and real estate agent.

Trivia #2: Because of this “big, green, and DUMB” period, Drax is accidentally mistaken for The Hulk when he is taken to the Microverse.

Drax the Destroyer will be played by Dave Bautista: 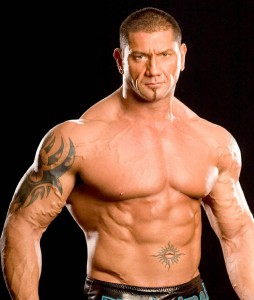