The Red Cowls Flyboy stars in his own graphic novel SIDEKICK 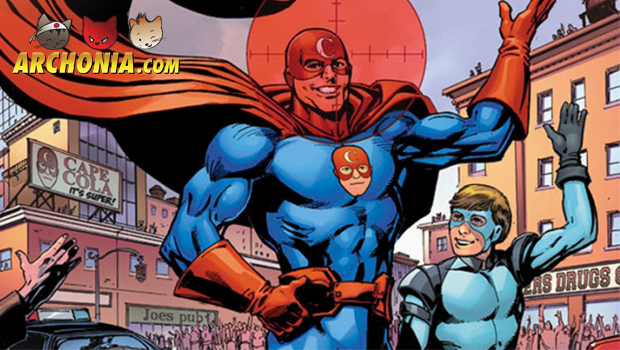 Over the past years we got to know The Red Cowl very well. His loyal sidekick Flyboy always had to stand in his shadow, but since the death of The Red Cowl, Flyboy has to manage on his own. Welcome to the first volume of SIDEKICK.

For three years, teenager Barry Chase seemed invulnerable, being the wingman of crime-fighting master The Red Cowl. Finally the duo brought peace to Sol City, but then The Red Cowl was defeated and killed, leaving Flyboy on his own. It is at this moment in his live that the first volume of SIDEKICK – written by  J. Michael Straczynski – begins.

Being mocked by everyone aound him – good guys and bad guys alike – Flyboy slowly disintegrates into madness and crime. “Sidekick is designed to turn the usual superhero tropes upside down”, said writer Straczynski. “The fun of Sidekick is in doing things that you’re not supposed to do. We’re going to spend a lot of time beating the crap out of Flyboy until he finally snaps…and then the fun really begins”.
really begins.” 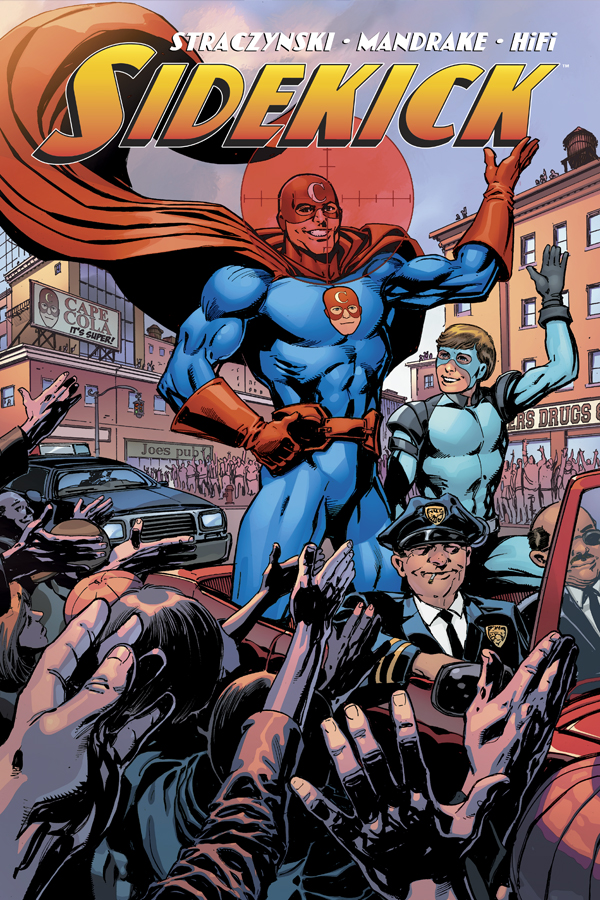 About archonianv
Previous Post : Godzilla Extended Trailer!   Next Post : Dawn of the Planet of the Apes Trailer