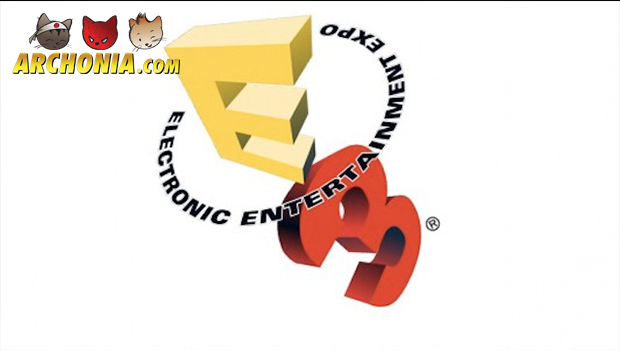 Last week we celebrated the 20th edition of the Electronic Entertainment Expo (E3) in Los Angeles, California. We already showed you some awesome trailers of upcoming games. Now we give you a great summary of all the games we look forward to in the coming months and years.

Last week we celebrated the 20th edition of the E3 in Los Angeles, California. We already showed you some awesome trailers of upcoming games. Now we give you a great summary of all the games we look forward to in the coming months and years.

Let’s start off with Battlefield: Hardline. This game begins with a Heat-like scene where you play a cop and have to stop a group of bank robbers/terrorists in downtown LA. The point of view then smoothly changes to that of one of the bank robbers. The action looks amazing, the gun fire sounds ear shattering and the explosions more realistic then ever! This deserves some celebratory gunfire.

It’s only a trailer for now, but with the reboot of the Tomb Raider series we can expect more of the same (great) tomb raiding action we knew from the first volumes. Besides that, Lara looks amazing! And yes, with that we mean the graphics

We’re huge fans of the Elder Scrolls series. But since we have to wait quite a while for the succession of Skyrim, why not play The Witcher 3: Wild Hunt? It features a lot of the same elements, but this time in third person view.

Assasins Creed was a game-changing game (pun not intended). With the great physics engine, a game character never jumped, swinged and ran so smoothly through it surroundings. But it was time to come up with a new concept for the series. Right in time, Ubisoft developed Assasins Creed: Unity with a co-op mode included. Now you can assasinate people in during the French Revolution with up to three friends.

And now back to the future with Call of Duty: Advanced Warfare.It features flying robots, digital guns and augmented reality glasses. This is advanced warfare in optima forma.

What can we say about Destiny that’s not been said already? The big question was if the most expensive game ever could live up to its expectations. After seeing the gameplay, it shows us that it actually could. Beautiful planets, nice Halo-like gameplay and a crapload of dangerous enemies. This could be THE next-gen game.

Na-na-na-na-na-na-na-na Batmaaaaaaan! After various games with the caped crusader Batman: Arkham Knight gives us an open world to rule over. Besides flying around with your cape, you can also make a tour through the city in the Batmobile which can morph into a tank. Sweet!

Another iconic film series that is perfect for a game adaption: Star Wars Battlefront 3. The guys from DICE (known for the Battlefield games) got access to a lot of the material from Lucas Films to pay attention to every little detail in the Star Wars universe. Let’s hope it pays off and leaves us with a magnificent game.

The Japanese are crazy, but they make crazy good games as well! Metal Gear Solid V: The Phantom Pain is one of them. It redefines the Metal Gear franchise and with great success. This is some next-level sneaking and tactical espionage.

With Mortal Kombat X, game developer Ed Boon returns to the roots of the series. You can expect some amazing interactive level designs combined with brutal fatalities. Not for the faint of heart.

Nintendo has given us some of the most memorable game characters of all time. With Super Smash Bros. 4 for Wii U all these characters are playable in one single crazy beat ‘em up game. Some new additions include MegaMan and Pac-Man.

The Legend of Zelda for Wii U

Another Nintendo title we look forward to is The Legend of Zelda for Wii U. This is one of those trailers that is actually too short. Get ready to be amazed because this will be the first open world Zelda!

Since we’re talking about classic games: what about a new Doom game? We don’t know much about it, but it looks promising and super dark. Just like we want it!

A first person game with hideous creatures we can see more of is Alien: Isolation. There isn’t much gameplay going on, but it looks like a survival horror game! And with the next-gen graphics the Xenomorphs looks more frightening then ever.

It sounds like the end of the series, because of the title: **Uncharted 4: A Thief’s End. **So if that is true, this final installment should go all out. There’s no gameplay in this trailer but the CGI looks wonderful.