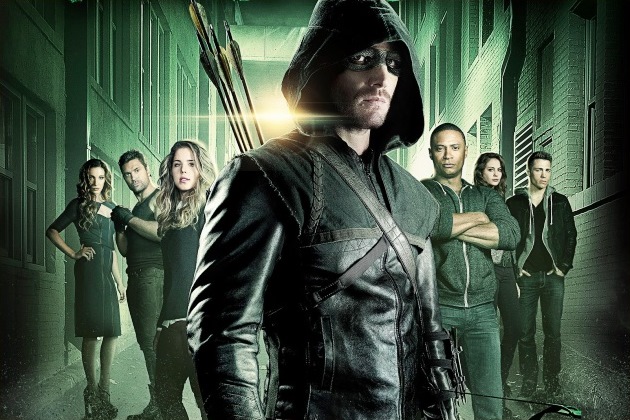 We live in the golden age of superheroes, even if the original golden age is supposed to be the 1930s and 40s. Never before was there such a high level of interest in comic book and especially superhero properties outside of said comic books!

It began slow and small with the Blade movies, got a bit bigger with Singer’s X-Men and Raimi’s Spider-man movies, got huge for the first time with Christopher Nolans Dark Knight Trilogy, especially with The Dark Knight, when the first actor ever in a superhero movie got an Oscar for that role (I mean, come on! Think about how huge that was! And deserved) and is still not letting up with Marvel studios onslaught of super successful movies like Iron Man, Avengers, Guardians of the Galaxy and the like. I am not even talking about the high quality videogames, like the Batman Arkham series (well, I kinda am) and it is clear how lucky we are today.
Sure, sometimes we all wonder when the bubble will burst, when the mainstream audience, John and Jane Doe, will have enough of that “caped nonsense”. But until then we superhero lovers should just sit back and enjoy the ride.

After conquering the big screen superheroes are now staring to dominate the small screen as well. Sure, there were always superheroes on TV (Linda Carter’s Wonder Woman, Adam West’s Batman, Smallville etc.), but now things get really interesting. While Marvel dominates the cinemas with a never ending storm of movies, DC is now doing the same for television. This fall there will be 5 (!!!) DC Comics inspired TV shows available for the never ever satiated fan (thats me and probably you). Lets do a quick headcount, shall we: 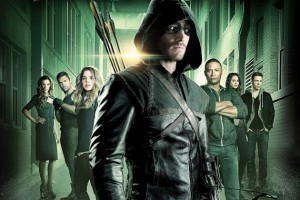 A show that started two years ago as a somehwat cheesy CW drama that really (REALLY) found its groove in the second season, when it finally went all in on superheroics, superpowers and DC comic characters (Deathstroke spin-off anyone?!?). You should also check out the tie in comic here and the original Green Arrow comic by DC here, which is going to be written by the writers of the TV show soon and will star most of the cast of Arrow as well. 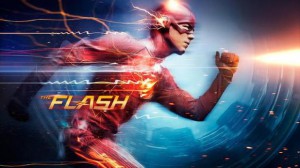 The spin off from season 2 of Arrow, where Barry Allen was first introduced. It will be a much more lighthearted and superpowered show, compared to Arrow, but will still be tethered to its parent show via crossovers. Also for fans of the old 90s Flash show, John Wesley Shipp (who played Barry in the 90s) is cast as Barry’s father in the new one. Pretty awesome, if you ask me. It is going to be heavy influenced by the new 52 Flash book and overseen by DC comics legend Geoff Johns and the Arrow producers. 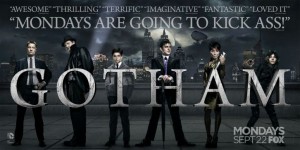 A Batman Begins Begins, of sorts, Gotham will follow a young Detective James Gordon, when he takes on his first big case: the Wayne murders. He also interacts with a young Bruce Wayne and will face off against prototype versions of Batmans rouges gallery. The pilot goes live next week and will already show Penguin Oswald Cobblepot, Poison Ivy and the Riddler in their younger, maybe not yet conpletely evil versions. A must see for Batman fans, who now can get their live action dose of crazy Gotham City crime and madness on a weekly basis, especially if the show will actually go as long as producer Bruno Heller plans it and ends with the then older Bruce putting on the cowl for the first time. 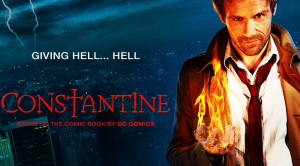 The legendary Hellblazer John Constantine finally gets a screen adaptation thats actually like the comicbook character, wich means no “Holy Shotgun” wielding Keanu Reeves but a british, blond haired, manipulative bastard and con artist who is more interested in saving his own hide than saving the world. Inspired by the original Vertigo comic “Hellblazer” Constantine will feature the coolest trenchcoat wearer in comic book history taking on demons and hell itself and thats only the beginning. The producers also said that other DC comic supernatural characters will join into the show soon, like the Spectre, Dr. Fate and Zatanna. For me thats a must see as well. How about you? 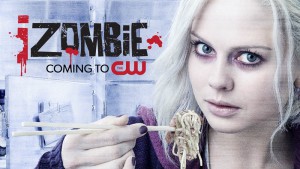 Based on the DC comics Vertigo book “i, Zombie” comes this comedy/crime/drama show, produced by Veronica Mars mastermind Rob Thomas, features an almost normal girl, who has to contend with boytrouble, the newest fashiontrends and… well… Eating brains of murder victims once a month to not turn into a fully fledged zombie and attack people. You know the usual girly stuff. The side effect: she also gets the persons memories and tries to make up for all the brain eating shame by finding the killer. Sounds weird and fun, just like the Michael Allred drawn comicbook.

The future looks even brighter for DC fans! Arrow/Flash producer Greg Berlanti is currently developing a Supergirl TV show and showing it to several network to gauge interest, while there is also a Teen Titans show gearing up, with Nightwing as the lead character at the TNT network. Also Marvel won’t sit idly by, but return with the second season of Agents of S.H.I.E.L.D. this fall as well, while they work on their first (out of four) Netflix exclusive show “Daredevil” right now.

So, yeah… don’t strain your eyes this fall, all right?
-Marius Pomparius

About archonianv
Previous Post : Marvel’s Doctor Strange on the verge of being shot in England   Next Post : Workout Wednesday: Batman Workout