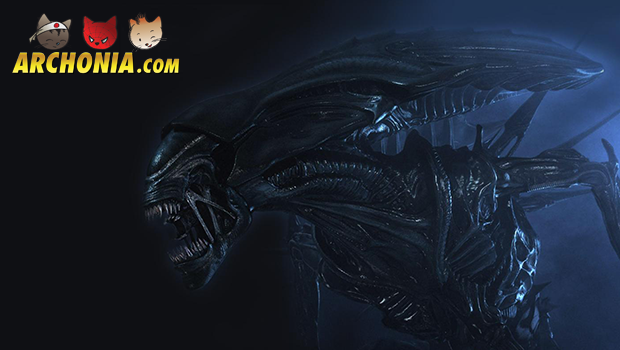 If we think about aliens, we probably think of the small greys we all know so well. But what if you take those away? You’d probably end up with the most iconic movie alien created by the late H.R. Giger: The Xenomorph. Bad news for everyone who likes the phallic aliens, because Prometheus director Ridley Scott told Yahoo! Movies UK they won’t appear in his upcoming Prometheus 2.

Despite the tease in the original Prometheus, Scott doesn’t want to do the same trick over and over again. “The beast is done,” says Scott of the creature design. “Cooked. I got lucky meeting Giger all those years ago. It’s very hard to repeat that. I just happen to be the one who forced it through because they said it’s obscene. They didn’t want to do it and I said, ‘I want to do it, it’s fantastic’. But after four, I think it wears out a little bit. There’s only so much snarling you can do. I think you’ve got to come back with something more interesting. And I think we’ve found the next step. I thought the Engineers were quite a good start.”

So we probably can expect more Engineers and off course the return of Micheal Fassbender and Noomi Rapace. Prometheus 2 will be in theaters on March 4, 2016.

Besides his talk on Prometheus, Scott offered a brief update on the Blade Runner sequel. “It’s on the charts,” he says. “I can’t say when that would be yet, because of Harrison Ford’s thing with Star Wars. It’s a sequel. It’s what happens next. It’s quite surprisingly clever.” Quite a bold statement. We’ll be on the lookout.