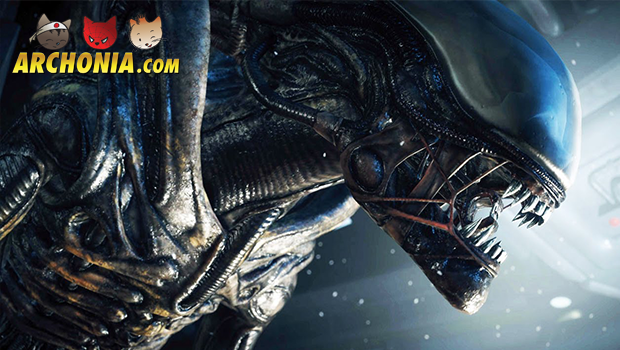 Wow! Just wow! We fancy the Alien Universe and especially love the Xenomorph Aliens. So with this new Alien: Isolation game trailer our minds exploded like a Chestburster through a rib cage!

The hotly anticipated Alien game came out this week and producers SEGA and The Creative Assembly have posted their last trailer today. It contains atmospheric images of the game itself, with a few cut scenes added. Including the beloved Xenomorph! And yes, it’s scary as hell!

In the creepy first person horror survival game, you play Amanda Ripley. She’s the daughter of Ellen Ripley (the main character in the original Alien (1979) film). Fifteen years after her mother’s disappearance, Amanda wants to find out what happened to her. She enters a world of horror, filled with constant dread, mortal danger and a desperate battle for survival.

Alien: Isolation is released on October 7 for the Xbox One, Xbox 360, PC, Playstation4 and Playstation 3.