Fantastic Four is getting cancelled in 2015?! 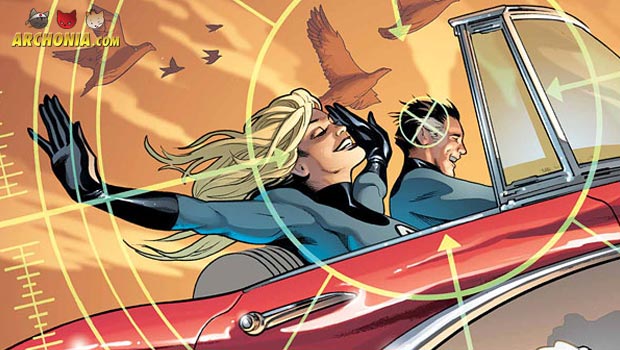 This is the solicit for June’s issue of Fantastic Four:

THE END IS FOUREVER! Witness the closing act on the First Family of the Marvel Universe! THE INVADERS meet the FANTASTIC FOUR as the hunt for REED RICHARDS and the missing kids of the FUTURE FOUNDATION continues. Meanwhile the mastermind behind everything unveils his ultimate plan. But how does FRANKLIN RICHARDS factor in? And how does this all lead to… The END?! Collecting FANTASTIC FOUR #642-644 and the Triple Sized Final Issue 645!

Let’s cut to the chase here! Recent rumors made it look like really tough times are ahead for fans of Marvels first family. All evidence pointed to Marvel discontinuing the “Fantastic Four”, to screw with the upcoming Fantastic Four movie from 20th Century Fox. Disney/Marvel are having themselves a big grudge match against Fox (who are holding the movie and some percentages of the merchandise rights to Marvels X-Men and the Fantastic Four) for some time now, which is why you won’t see any X-Men figure lines, other X-Men branded products, like animated shows anymore. It’s also the reason why the X-Men aren’t featured on the covers of any big Marvel 75th anniversary books or posters. 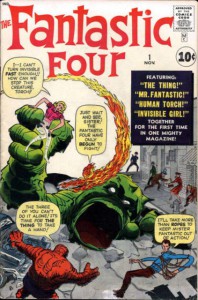 And now these rumors have been officially confirmed by Marvel during a panel presentation at New York Comic Con. Fantastic Four writer said during the panel that the Fantastic Four are “going away for a little while” and that he is “building up to the end of the Fantastic Four.” The series will thus conclude in a story arc entitled “The End is Fourever,” ending with the triple-sized issue #645. The final issue is scheduled to release in June of 2015, which will close the book temporarily on the group, only a few months before the Fantastic Four film reboot is set to debut on Aug. 7.

“But what about the X-Men comics!? They won’t cancel those, will they?”

No, they won’t, because A) Fox doesn’t benefit directly from those financially and B) the X-books are still among the bestsellers in the Marvel line. So the amount of money Marvel makes from sold X-Men comics outweighs the amount of publicity Fox’s X-films are gaining from said comicbooks by a lot.

This is also exactly what the problem for the Richards family was. The Fantastic Four books don’t sell as well as most X-books, and there are a lot fewer of them despite multiple restarts, rebrandings and big name creator changes in the last years. So the amount of money Marvel makes off of these isn’t high enough to stomach inadvertently advertising Fox’s Fantastic Four movie, which is why Marvel simply won’t do a FF book for quite some time (at least as long as the FF movie is still a thing). This won’t sink the FF movie, or maybe not even hurt it box office wise all that much, but it’s the only way Marvel can hurt their competition at all when they are using Marvel characters.

What reads like horrible news for FF fans is just a business decision of a company that now deeply regrets not having the rights to all their characters in film anymore. It sure feels like a reaction out of spite, since disappointing the comic fans “should” be a bigger problem than letting Fox have that small extra publicity from the comic. But then again, who knows how much Marvel Comics still have to say in this matter because Marvel Studios (and then of course Disney) are currently making so much money it sure seems like they are in charge.

The FF won’t be lost fourever (get it? Hihi… we stole that from the solicit) as we will definetely see another restart of the book with a fresh number one on the cover. Probably a couple of months after the Blu-ray of the movie has been out. Of course parts of the team might still appear in another team book like Avengers, but it’s still weird (and sad) to see childish infighting between Hollywood execs lead to the death of one of Marvel’s longest running books, and then even the book that actually started the Marvel age. This is not how it should be, but it seems like that is one of the drawbacks we fans of the comics have to get used to now that our geeky superheroes are the stars of the biggest movies ever and comics are more or less like the R&D testing ground for Hollywood.