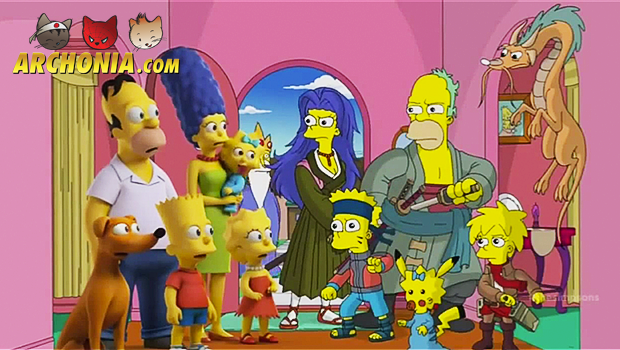 The Simpsons always knows how to surprise its fans with the popular Halloween episode. This time, they pay tribute to popular anime titles!

Traditionally, each Halloween we look forward to another Treehouse of Terror Simpsons episode. These special episodes allow the writers and artists to really go beyond their regular work, and don’t obey the show’s rules of realism or the regular limits. So don’t be surprised if most (if not all) main characters die in some way or another. Luckily for us, this also opens up possibilities for some awesome multi-verse visits by different Simpsons families. Check out the clip below to see how they did it!

As you can see (and will see in the entire episode), the Simpsons pay tribute to a few popular anime titles, including Attack on Titan, Pokémon, Naruto, Bleach, One Piece and Miyazaki’s masterpiece Spirited Away. The episode also pays tribute to some other popular animations such as Archer, South Park, Adventure Time and Despicable Me.

We sure love the animation crossovers at Archonia. Especially the ones like the earlier Simpsons tribute to Miyazaki / Studio Ghibli’s work.