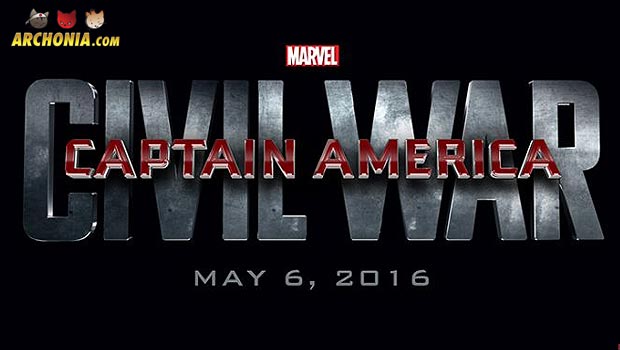 Last week Marvel sent out mysterious invitations to various news agencies and community websites. On the card, there was only a date and a place, but absolutely no reference to wait it might be. Of course everyone was expecting something big after the announcements DC Entertainment made recently with regards to their upcoming movies.

And that event was held today. And it was big. No. It was HUGE! Marvel Studios has revealed all names and planned release dates for their hugely anticipated upcoming projects, specifically in “Phase 3″. Here’s the list of movies they announced with release dates and some excellent title art… We’ll bring you further updates on the movies as the information pours in, but these are the dates that you’ll have to check in your agenda for the next couple of years!

Here they are in chronological order…

Doctor Strange – November 4, 2016
Benedict Cumberbatch was not specifically confirmed at the Marvel event today, as that deal may not be finished yet. But he’s reported to be in the final talks for the role.
Marvel Studios have big plans for Doctor Strange as they want to try to position him as the Iron Man of Phase 3 and 4, the one who ties it all together so to speak.

Thor Ragnarok – July 28, 2017
The Norse End of Days will come to the Marvel Cinematic Universe as Thor: Ragnarok has taken over the previously set GOTG 2 date of July 28, and we also now know that fan favorite Loki will be back! Chris Hemsworth will don the Mighty Avenger’s cape once more for the hero’s third solo adventure, and with a title as foreboding as “Ragnarok” you know he’ll have to rise to his toughest challenge yet this time around! “This is a very important movie for us in Phase 3,” said Marvel’s Kevin Feige. “We plan on taking Thor to another level. It picks up where we leave Thor in ‘Avengers: Age of Ultron’ and impacts everything that comes after.”

Black Panther – November 3, 2017
Black Panther is lined up for November of 2017, and Chadwick Boseman is confirmed to reprise his role as the ruler of Wakanda after he will make his debut in Captain America: Civil War.

Captain Marvel – July 6 2018
Marvel will release Captain Marvel in July of 2018, and it has now been confirmed that Carol Danvers is the Captain Marvel we’re getting. President Kevin Feige made the announcement today that Carol Danvers has set a flight path straight into the Marvel Cinematic Universe! “This Captain Marvel’s name is Carol Danvers,” said Feige. “This film has been in the works almost as long as Doctor Strange or Guardians of the Galaxy before it came out, and one of the key things was figuring out what we wanted to do with it. Her adventures are very earthbound, but her powers are based in the cosmic realm.”

That’s all we for now, True Believers–as if that isn’t enough!–
Now please excuse us, while we grab our copies of Civil War and The Infinity Guantlet and re-read them for the umptienth time