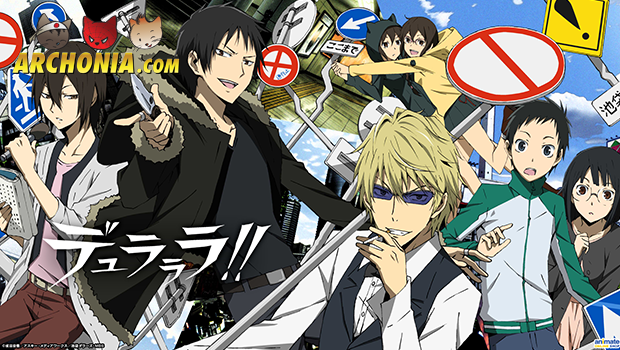 Great news for all the Durarara!! fans: the anime series will return on TV for a second season.

The second season is said to adapt the second arc of the novel series written by Ryogho Narita. The original cast will return as well. The only thing that wasn’t clear in the announcement was the involvement of Brains Base, the studio that produced the first season of Durarara!!.

Besides the original cast, we can also confirm that other staff members also return for the second season. These include Durarara!! director Takahiro Omori, the series’ composer Noboru Takagi, the character designer Takahiro Kishida, music composer Makoto Yoshimori.

Though these are familiar names, a new animation studio will handle the second season of the popular series. This is Studio Shuka. Let’s hope they can bring the same style of Durarara!! in the second season.