The Hobbit: The Battle of the Five Armies Final Trailer Released! 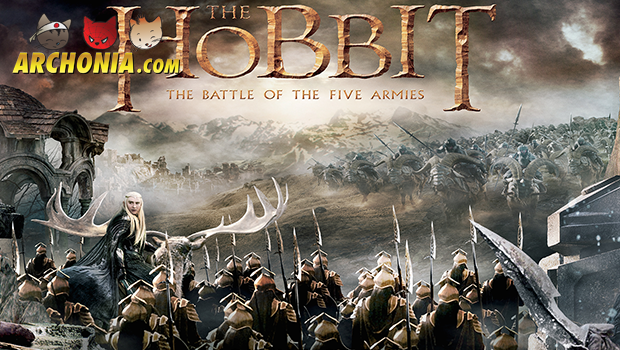 The last and final trailer of The Hobbit: The Battle of the Five Armies was just releases by Warner Bros. Pictures and New Line Cinema. Check out the video of Peter Jackson’s new epic adventure flick.

The Hobbit: The Battle of the Five Armies brings the Hobbit saga to an epic conclusion. Bilbo Baggins, and his Company of Dwarves have reclaimed their home territory from the Dragon Smaug. Little do they know about the deadly force they unleashed upon Middle Earth. The furious Smaug rains his fiery wrath down upon the men, women and children of Lake-town.

Besides the enraged dragon, an even bigger dangers lie ahead, only seen by the Wizard Gandalf. The Dark Lord Sauron has sent his legions of Orcs in a stealth attak upon the Lonely Mountain.

With this emergency and as darkness converges, the Dwarves, Men and Elfs must work together as one or be destroyed. Can Bilbo and his fellowship save Middle Earth?