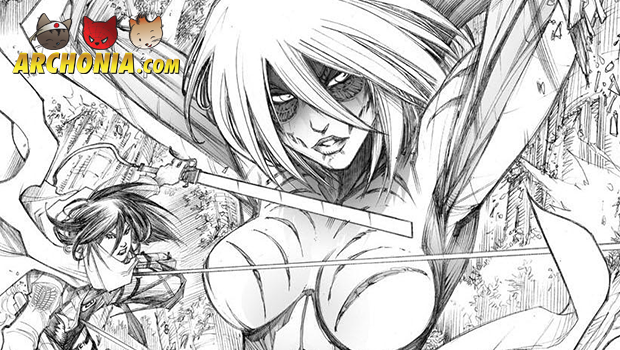 Exciting news for Attack on Titan and Marvel fans alike. The upcoming crossover will be called Attack on Avengers and we will see some of our beloved Marvel characters fight the human-eating Titans!

As you may have read before in this article in which the Attack on Titan and Marvel crossover was announced, there are exciting things to come. The crossover, that was named **Attack on Avengers, **will be published next Saturday in Magazine House’s *Brutus *magazine. It will feature **The Avengers **battling the human-eating flesh-devouring Titans. Among them, a huge Female Titan, whom was supposedly playing the antagonist role. Next to that though, there will be a Colossal Titan, Armored Titan and others, who will be battling **The Avengers **in New York City. 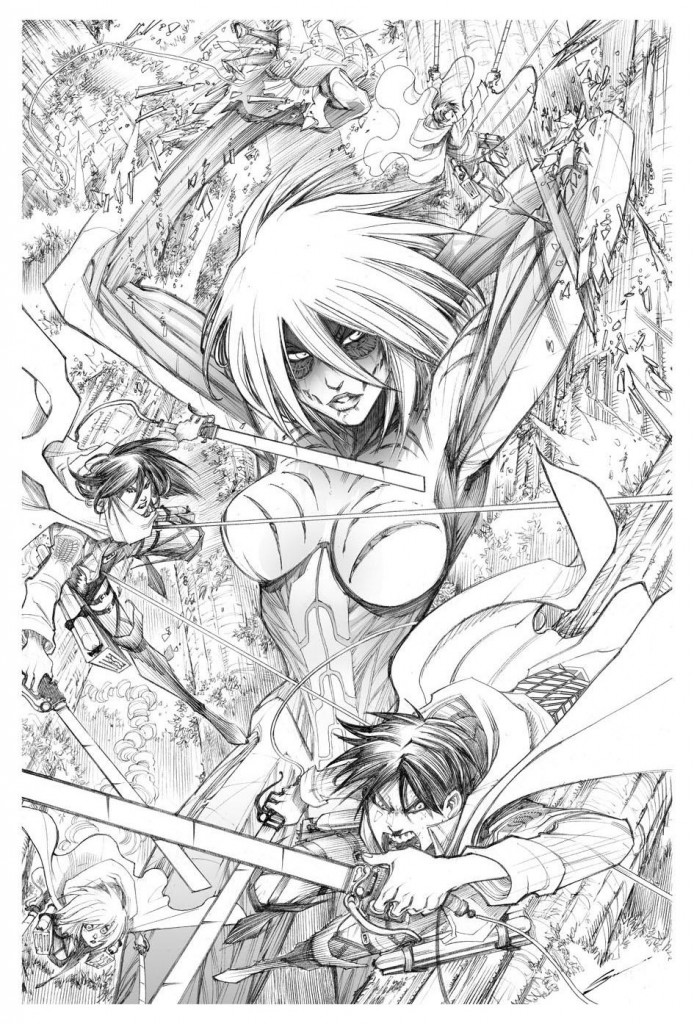 Next to the clash of the Titans with our superheroes of the Avengers, there will be some other familiar faces in this crossover. **The Guardians of the Galaxy **will accompany The Avengers in their epic battle against the Titans. This can be seen in the following snapshot of the magazine in which the crossover will be published. 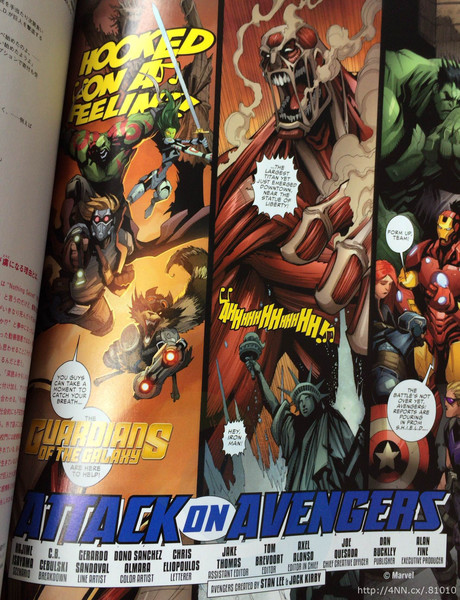 We’re pretty excited about the crossover, and can’t wait to read it ourselves! What are you hoping to see in the publication?