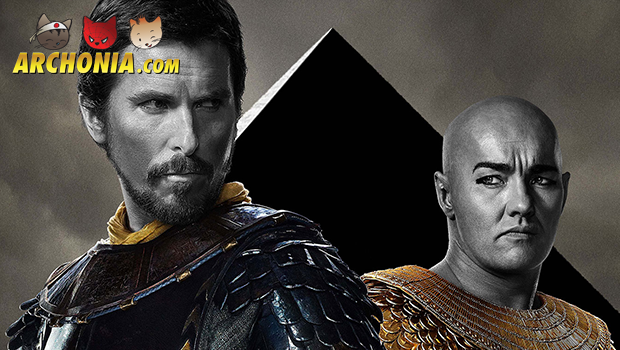 We were told that the third trailer would be the last, but evidently not, as we got a fourth trailer of the epic, biblical movie called Exodus: Gods and Kings. Check it out, cause there’s a lot of new footage in this one!

We’re used to see Ridley Scott working on movies that are set in the past (Gladiator, Kingdom of Heaven and Robin Hood), but he never took it as far back as the days of the Old Testament.

In Exodus: Gods and Kings he tells the story of Moses leading a rebellion against the Egyptian Pharao, setting 600,000 slaves free on a monumental journey to escape their Egyptian opressors. With the help of nobody less than God himself he tries to reach the promised land. Offcourse God releases a terrifying cycle of deadly plagues.

The movie features a very strong cast featuring Christian Bale (Batman in the Dark Knight Trilogy) as Moses and Joel Edgerton (Warrior) as Ramesses II. Besides the lead actors we can see a lot of familiar faces like Aaron Paul (Breaking Bad), John Turturro (The Big Lebowski), Ben Kingsley (Shutter Island) and Sigourney Weaver (Alien Saga). Exodus: Gods and Kings opens in the middle of December this year.