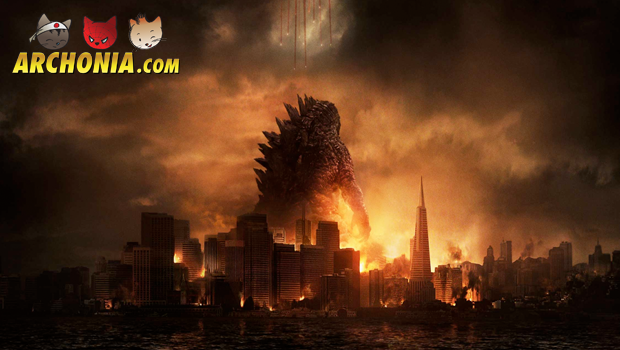 **The box-office monster hit Godzilla (2014) was a great visual spectacle and a worthy reboot of the 1954 Japanese version. Now, let’s zoom in on the visual effects of Godzilla by VFX studio MPC. **

This version of Godzilla by **Warner Brothers **and **Legendary Pictures **was a great hit in the box office, reaching up to a slamming $525 million. Godzilla was very successful, partly by the great visual effects. The VFX were provided by MPC (Moving Picture Company).

As you can see, the visual effects are pretty overwhelming. Sometimes it’s hard to realize just how much of a flick is shot in front of a green screen. However, we must admit it turned out pretty well for Godzilla. Moving Picture Company is widely recognized for its outstanding VFX work. Other projects include Marvel’s Guardians of the Galaxy, Disney’s **Malifecent **and Paramount Pictures’ World War Z.

We also came across this infographic, which displays the sheer size of the current Godzilla in comparison with its predecessors. Size matters, and it shows! 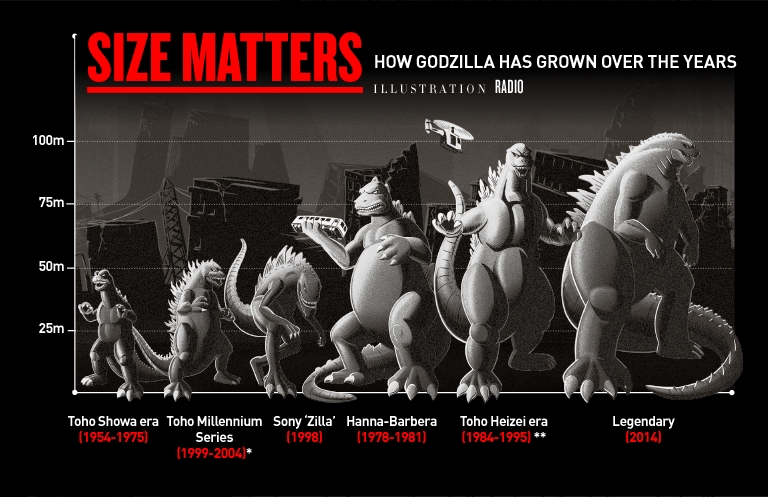 Check out MPC’s site for even more awesome Visual FX eye candy.  What do you think about the visual effects of Godzilla? Do you prefer the green-screen dominated version or the old-school puppet Godzilla?