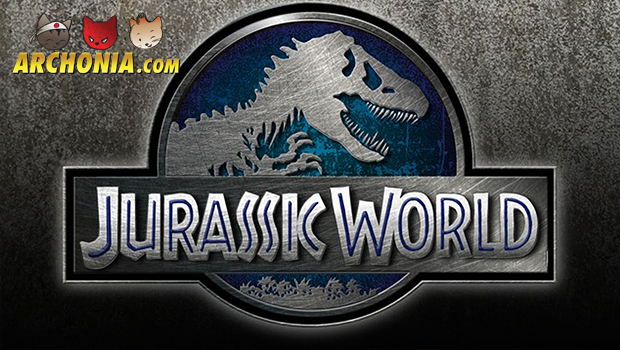 The first trailer for Jurassic World, the fourth installment in the Jurassic Park franchise, just came out two weeks ago. Director Colin Trevorrow talked with Movie Magazine Empire about what we can expect in the new dinosaur disaster flick.

Jurassic Park has been around the block for quite a while now and with three movies reached millions of people who were interested in seeing dinosaurs walk the face of the earth again. With the release of the first official trailer for the new film Jurassic World, millions of people reacted enthusiastically and had a lot of questions on what they saw in those two and a half minutes.

T-Rex is not enough

“We’ve got the most awe-inspiring creatures to ever walk the Earth right in front of us, but for some people this was not enough”, says Trevorrow. “We’re always hungry for the next thing, and those who profit from it are always looking to feed that hunger. The focus group for this new film wanted something bigger than a T-Rex. So, that’s what they get”, he explains.

One of those new ‘bigger than a T-Rex’ creatures is the Mosasaurus, the water-dwelling lizard, we saw in the trailer snacking on a Great White shark.

“I don’t know if Steven Spielberg or Frank Marshall had considered an underwater reptile, so I pitched the Mosasaurus and went off on the idea”, reports Trevorrow. “I thought it would be cool if we had this gigantic animal and the park used one of our most fearsome modern predators as food. There could be a whole other facility where they used shark DNA to mass-produce the sharks to feed the bigger beast. It’s a bonkers idea, but I’m comfortable going to Crazytown, because I used to live there when I was a kid”, laughs Trevorrow. 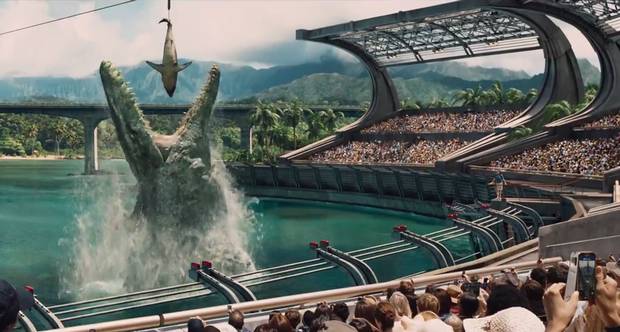 But then there is that final scene of the trailer that had to be discussed: Chris Pratt’s character Owen riding on a motorcycle alongside some Velociraptors. A lot of fans claimed it didn’t line-up with the belly-slicing predators seen in the previous films: “Owen’s relationship with the raptors is complicated. They’re not friends. These are nasty and dangerous animals and they’ll bite your head off if you make the wrong move. But then again, there are men and women out there today who have forged tenuous connections with dangerous animals. That’s interesting territory to me.”

Last but not least, the T-Rex. While there wasn’t a single Tyrannosaurus to be seen in the trailer, the Jurassic World director confirmed that the franchise’s notorious killer will make an appearance.

The official Jurassic World website has also been updated with a new map of the remodeled park. You can now virtually explore the dino theme park before the film opens on June 12, 2015.