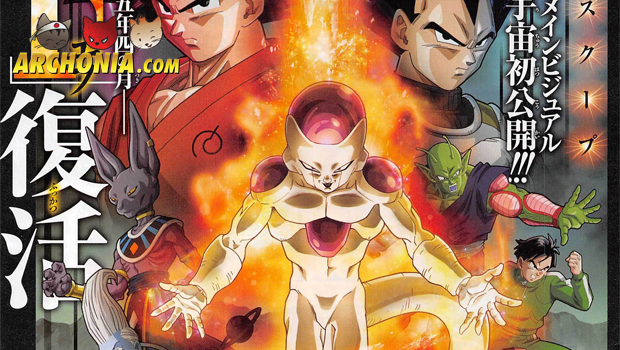 **A movie that, according to manga creator Akira Toriyama, “the entire universe eagerly awaits”. Dragon Ball Z: Fukkatsu no F! We have some exciting new footage that shows us the return of one of Goku’s most dreaded enemies; Frieza! **

A Japanese TV-programme premiered the new footage of Dragon Ball Z’s latest movie. Dragon Ball Z: Fukkatsu no F (aka resurrection of F) is set to be premiered April 18, 2015 in Japanese theaters.

Shueisha’s Weekly Shonen Jump gave us a brief description of the story, leaving us really excited to see more of the next Dragon Ball Z flick:

An Earth where peace has arrived. However, remnants of Frieza’s army Sorbet and Tagoma arrive on the planet. Their goal is to revive Frieza with the dragon balls. Their dastardly wish is granted, the “F” that plans its revenge against the Saiyans is revived…

Here, the names Sorbet and Tagoma (derived from the Japanese word for “egg”) refer to two brand new characters which Akira Toriyama himself designed. The characters are survivors of the Frieza army and his servants. 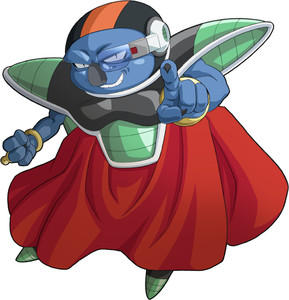 So, keep an eye out on our blog for more news and footage of this film. Hopefully we’ll get an international release date soon. We can’t wait to see the notoriously long battle and conversation between Goku and Frieza (it can’t possibly feel as long as the anime, right?).