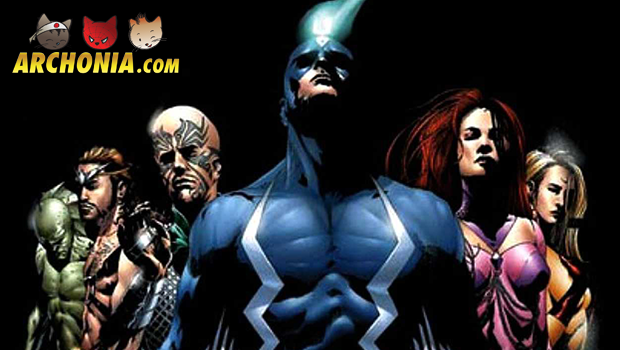 Vin Diesel teased the world by posting a picture of himself with the question: “Are you inhuman?” Could he be joining the Inhumans movie?

This week, Vin Diesel posted a photo in his popular Facebook page, suggesting he will play a role in the upcoming Marvel flick Inhumans. Diesel already voiced the humanoid tree Groot in Marvel’s Guardians of the Galaxy, and previously mentioned he was going to have a role in another franchise over a year ago. Could he be talking about Inhumans?

When the actor mentioned he was in talks for the voice acting job of Groot, he also said he was possibly going to be a part of a Marvel Studios Phase 3 movie, that would be the “merging of brands”. This would be the merging of the Marvel Cosmic and Marvel Earth characters.

The great connection here could be the Inhumans film. The characters in this series have been featured as part of both universes: Marvel Cosmic and Earth.

Beside this Vin Diesel namedropping and linking him to Inhumans, it happened in the past as well. Diesel was thought to play the role of Thanos at one time. But that job went to Josh Brolin, who’s now playing the Mad Titan.

What is interesting though, are the release dates of the upcoming Marvel productions. Marvel Studios announced that they want to release an Inhumans movie on November 2, 2018. A year after that, Marvel releases The Avengers: Infinity Wars Part 2. This could mean we can see the Inhumans, Guardians and Avengers all join to kick some Thanos butt. We’ll just say we don’t mind to see Vin Diesel as Black Bolt, what’s your opinion?