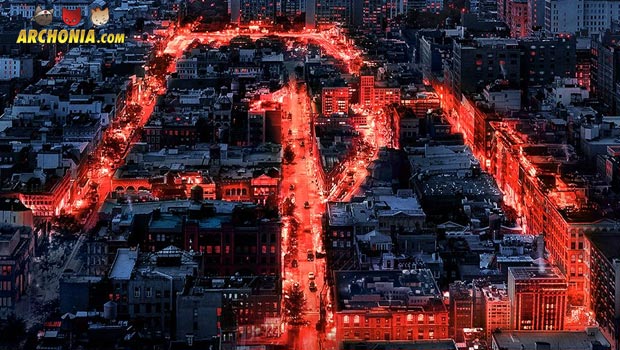 Last week the teaser trailer for the upcoming Marvel and Netflix produced Daredevil series was finally released online. It gives us a first look at the series, which seems to be the darkest, moodiest and most realistic thing Marvel Studios has done yet. It stars Charlie Cox (Stardust, Boardwalk Empire) as Matt Murdock and Vincent D’Onofrio (Men in Black) as Wilson Fisk.
The teaser shows Matt’s first steps on becoming a nighttime vigilante, in his Man Without Fear suit from Frank Miller’s story. There is still no clue about the look of the finished red Daredevil suit, that will be undoubtedly be introduced in the series on a later episode. The teaser as a whole looks like only taking scenes from the first couple of episodes, to not spoil anything but give a general impression of mood and setting. It looks very very good, if you ask me.
“Marvel’s Daredevil” will be released on Netflix only around the world on April 10. 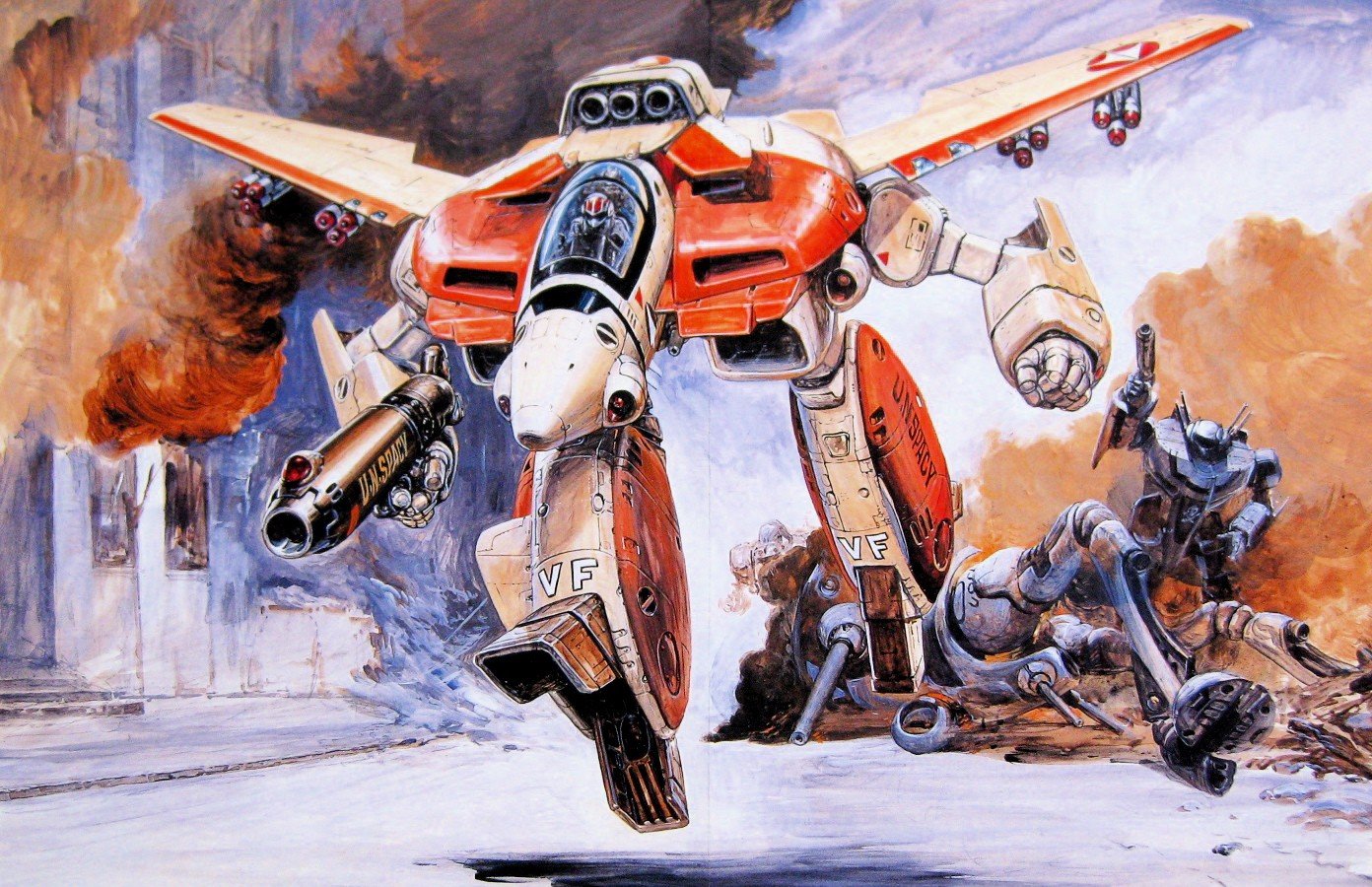 Warner Brothers has hired Michael Gordon, from 300 and G.I.Joe: Rise of Cobra fame to pen the screenplay for their planned Robotech movie. They are also interested in getting Mama director Andrés Muschietti for the film, who is currently attached to direct a screen adaptation of the PS3 videogame “Shadow of the Colossus”.
Robotech was a popular 80s anime, which was created by splicing together three different Japanese shows into one and focused on Earth defending itself with giant robots against alien invaders from space.
There is no release date slated for Robotech yet, but we will keep you guys updated.

Despicable Me prequel Minions has a new cute trailer, so check it out.
The movie is scheduled to come out July 2015 and deals with the minions on a search for a new master, years before they meet Gru from Despicable Me. 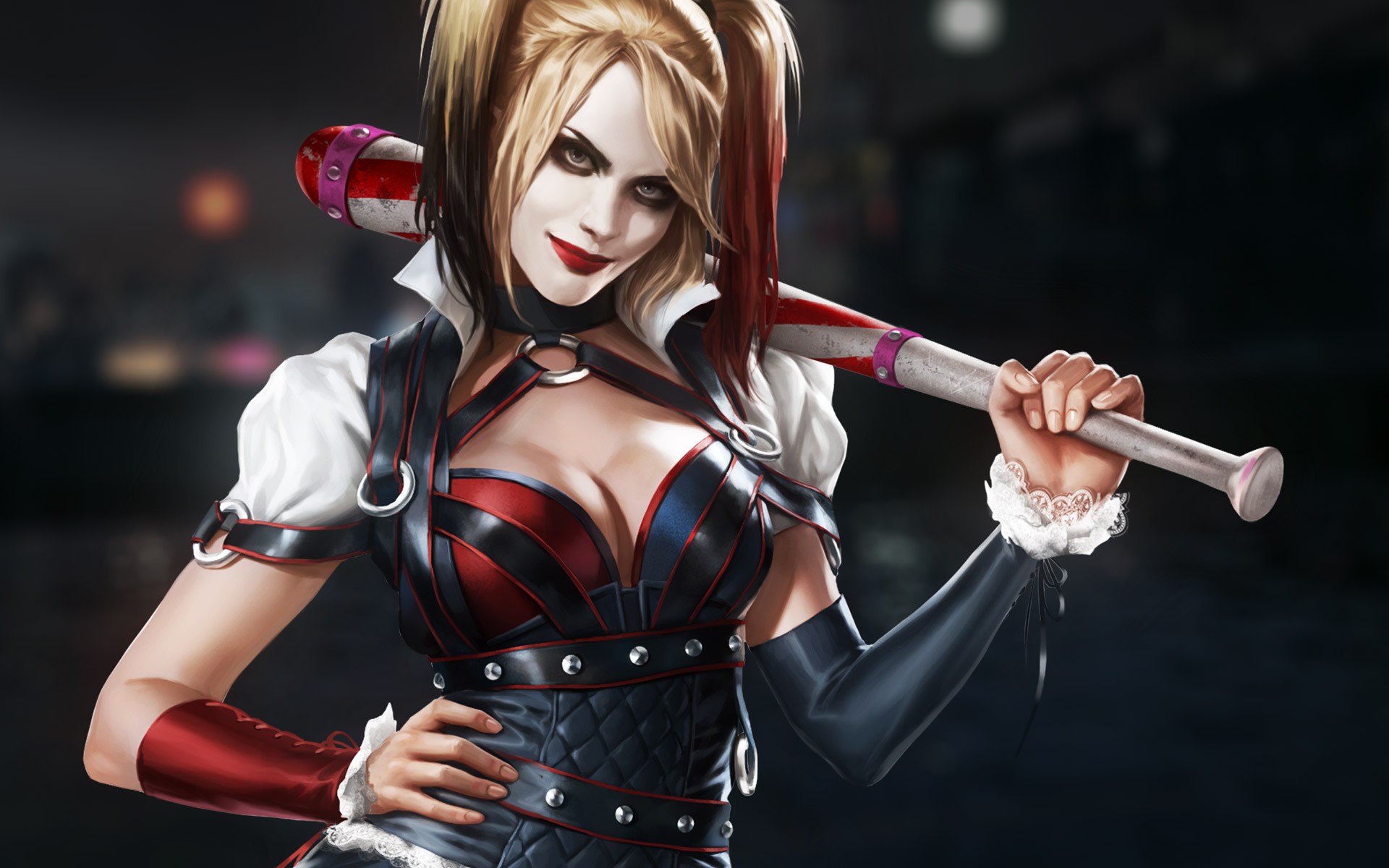 David Ayer, director of End of Watch, Fury and the upcoming Suicide Squad movie from WB/DC Comics has tweeted about the movie again. This time he revealed his way of approaching Harley Quinn’s madness and her character.

“The case of Harley Quinn: Her madness defines her. Is she mad because of WHO she loves or because she loves him so much?”

Who Harley loves is of course the Joker, played by Jared Leto. Ayer also tweeted a new picture of his writing desk that featured a pile of Suicide Squad comics and the caption that said that the DC universe is far too rich to stray far from its canon.
All in all pretty exciting notions for DC fans, to see a director be so excited about his project. 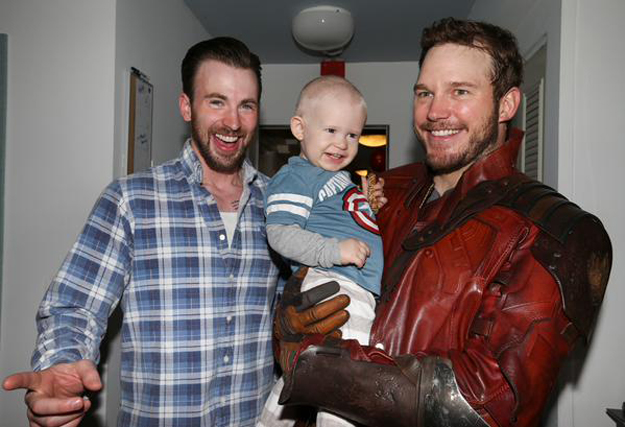 After losing his Superbowl bet with Chris Evans (Captain America), Chris Pratt made good on his promise to visit a children’s home in Boston in full Star Lord gear. The bet had been that if New England won Super bowl XLIX, Pratt would make an appearance at Christopher’s Haven, a home away from home in Boston for young patients and their families while they undergo cancer treatment in nearby hospitals. If Pratt’s team had won, Evans would have had to visit a Seattle Children’s hospital in the Captain America suit. Being the heroes those two are, they announced that they are going to visit both places and make a lot of kids very happy in the process.

Constantine rumored to move to SyFy 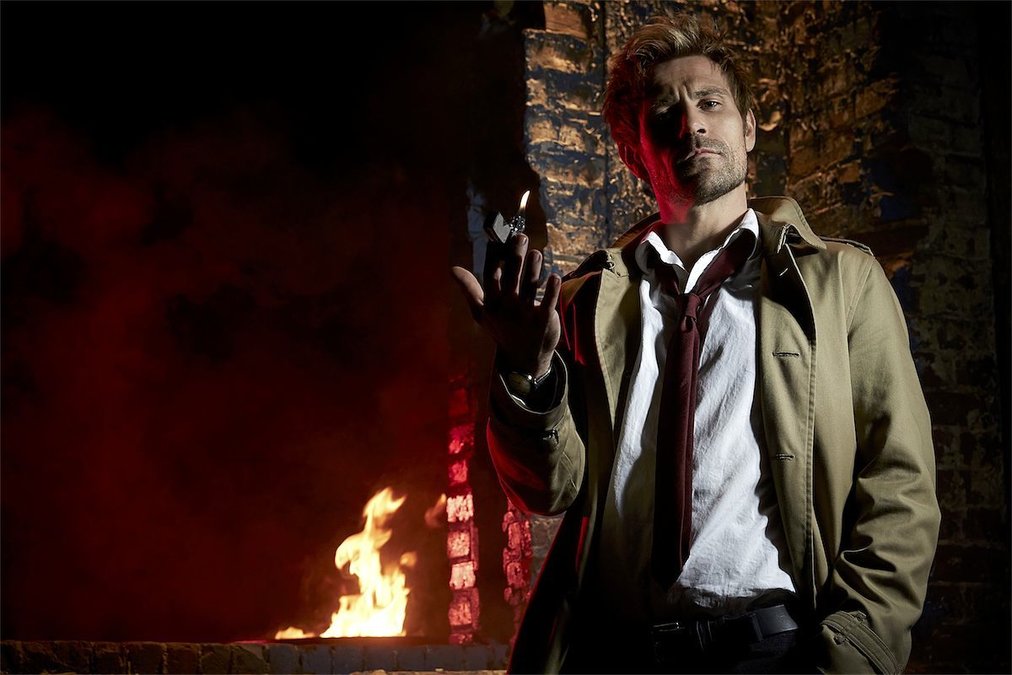 NBC recently announced the renewed TV shows, with DC Comics magician John Constantine not among the lucky shows. While that still does not mean that the show will be cancelled definitely, things are looking more grim every day, even with viewer ratings getting a bit better in the last few weeks (the show is mildy successful and not a real failure ratings wise, but NBC had higher hopes of it competing with other comic based shows like Gotham).
Now a new report has surfaced by cinelinx.com that tells of the idea to move the show to the smaller SyFy network, which is currently moving back into showing more genre shows again. The deal is not set in stone yet, but if it would get through the show would be rebranded as “Hellblazer” which was the original Vertigo comic that featured John Constantine. It is unclear if the show would also shift its focus somewhat during that rebranding, but moving closer to the Hellblazer roots and away from the more tame Constantine comic series would be a good thing for the show indeed. We will keep you updated on this of course. Until then: #saveconstantine 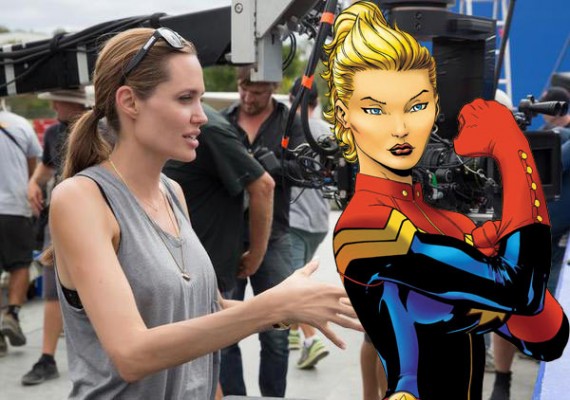 After DC scored a female director for their Wonder Woman movie, Marvel now wants Angelina Jolie for their upcoming Captain Marvel film.
This comes on the heels of the news that Avengers director Joss Whedon said he wouldn’t rule out wanting to direct Captain marvel himself, but apparently it is a priority for Marvel to have a female director for their first female led film.
Jolie is not on board yet and it is questionable if she would be interested in something as mainstream as a superhero movie with Marvel, considering her last directorial outings were more on the dark and emotionally heavy side.