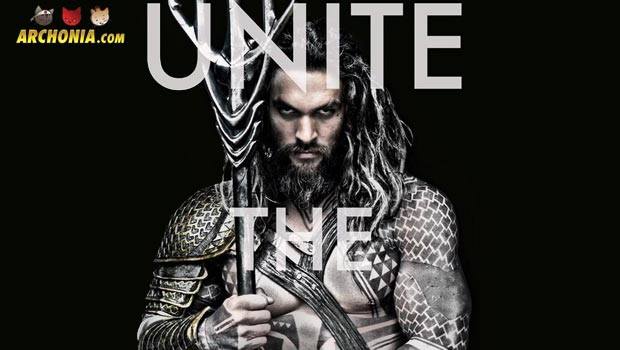 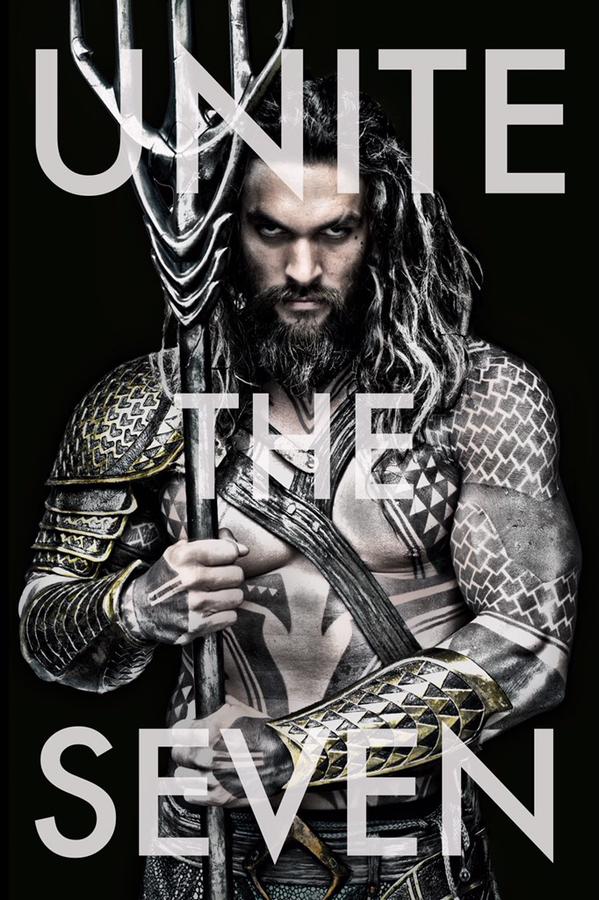 There is a lot to talk about with this single picture, that shows a badass looking Aquaman, holding his trident and staring down the cameraguy.

Clearly this version of Aquaman is not inspired by the classic or the New 52 version with the orange chainmail, green pants and blond short hair, but to be honest, this should have been clear to everybody as soon as the casting of Momoa had been announced. But for some people who are screaming bloody murder over the internet because DC is not staying close to the comics source material, let me show you the light at the end of the tunnel. Just because Snyder won’t use the current or classic version of the character does not mean he isn’t taking the comics into account.
In the late 1990s and early 2000s Grant Morrison revamped the Justice League in a book simply called JLA and the version of Aquaman he used looked a lot like Jason Momoa in that picture. Only real difference is that they did not dye his hair blond completely and that he still has his hand. 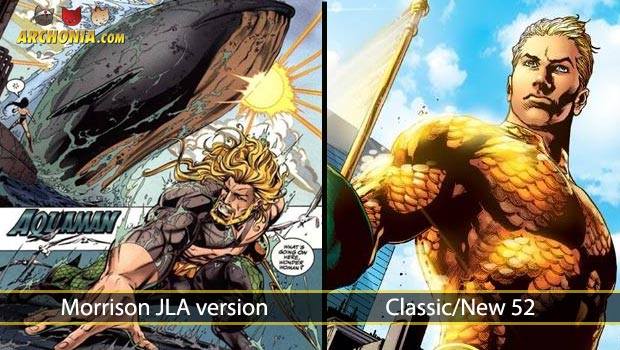 So, it actually is a pretty close interpretation of that, just with some added diversity, which silver screen superheroes absolutely need. We already have enough blond and caucasian superheroes running around the screen (looking at you Cap and Thor). Another cool wrinkle Snyder added is hinting at classic Aquaman’s orange chainmail with Momoa’s tattoos on his arms and chest. Very cool.

So, what does “Unite the Seven” stand for. The seven seas would be an apt interpretation, but DC fans like myself will instinctively go towards the “Big Seven” which form the main team of the Justice League.
Superman, Batman, Wonder Woman, Green Lantern, The Flash, Aquaman, Martian Manhunter or now in the New 52 and in the DCCU Cyborg.
But why “unite”? Well, Batman v Superman: Dawn of Justice is more or less a Justice League prequel, which will probably end with the formation of the League, so it could hint towards that. This picture came from Snyder as well, so it is pretty clear that we will see Aquaman in that outfit in BvS next year, so maybe we will see the seven unite at the end of the movie. Only problem with that is Green Lantern hasn’t been cast yet. At least not officially.
What I think this “unite” could mean is that this is only the first in a series of seven new pictures teasing the whole Justice League, to be released over the next weeks or months, ending with the reveal of the actor who will be chosen to play Green Lantern in Justice League Part One.

Arthur does look pretty spiffy next to his fellow leaguers and it is an exciting time to see four members of DC’s biggest team in their full costumes. What do you guys think? Like the reveal, dislike the reveal? Does Momoa help to make an even cooler Justice League (hells yeah) and what is the next Leaguer you hope who will be revealed soon? Ezra Miller’s Flash, or Cyborg? Hoping for a Joker picture from Suicide Squad instead? Comment below and keep your eyes on the Archonia Blog for more news on the DCCU soon!