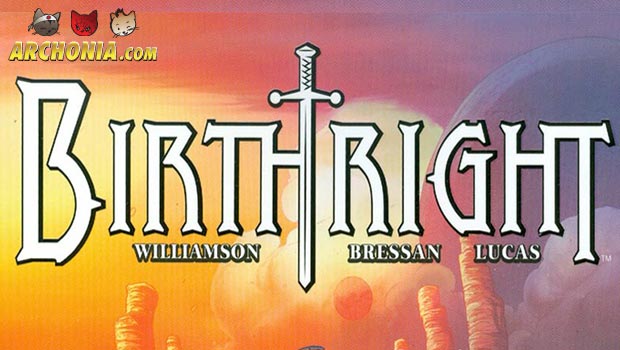 The story starts as Mikey and his father Aaron are playing catch at a park, while his mother Wendy and brother Brennan are at home preparing a surprise party for Mikey’s birthday. While playing, Aaron throws the ball too far and it ends up in the woods nearby. Mikey starts searching for it while his dad makes a phone call to Mikey’s mother. After the phone call Aaron notices that Mikey hasn’t returned yet and he runs into the woods searching for him. But he is nowhere to be found. Mikey gets reported missing and the media instantly jump on the matter, blaming Aaron for Mikey’s disappearance and even accusing him of murdering his son. The family is left torn apart as Wendy leaves Aaron, who gets depressed and starts drinking. 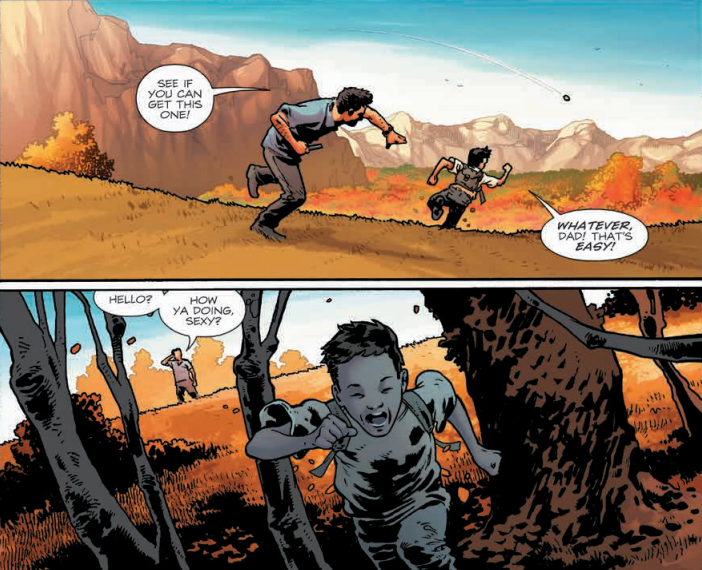 After a year, agent Brooks, a FBI agent on Mikey’s case gathers Aaron, Brennan and Wendy as he believes he has found a clue. The family is left astonished as they expect to see their son but instead they see a mature muscular man claiming to be Mikey. He tells a tale of being abducted to a different world called Terrenos where he was prophesied to be the great hero who would defeat the evil God King Lore. Mikey claims he has fulfilled that task and now needs to defeat five evil mages that have escaped Terrenos and are hiding on our earth. After completing that quest he can continue his life with his family. Aaron and Brennan believe Mikey’s story and help him escape custody. From there on they start their quest for saving earth, believing Mikey will make everything right. But not everything is as it seems. 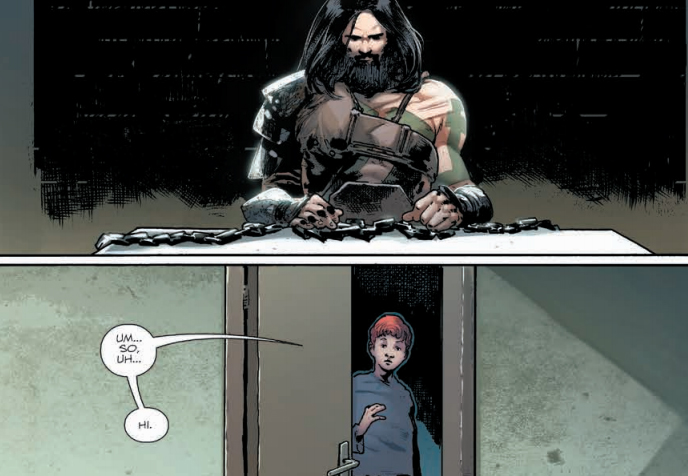 I picked up this book because of Williamson writing it.  His other series Nailbiter was a really great read as well, so I thought why not! The things I really like about this book is the fact that it isn’t just another fantasy story. It has some interesting plot twists and the interaction between the grown up Mikey and his brother is also a nice change. Mikey grew up in Terrenos and is not used to present-day customs. I am very pleased with the artwork of Bressan and Lucas. The drawings have a modern style which fit well in this kind of story. The use of color in the wide landscape panels of Terrenos are very impressive and something I’m looking forward to in his next comic!

Overall this is a very good book, full of action, suspense and fantasy. Pick it up! You can find it here.