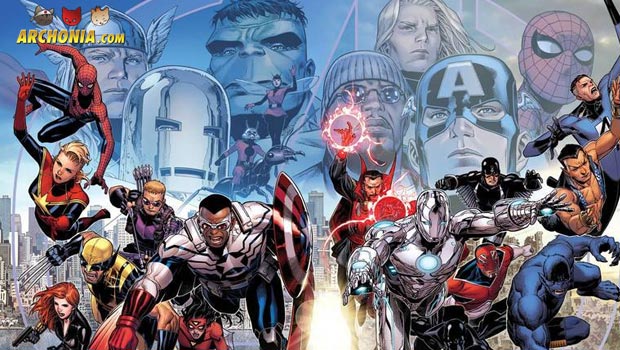 Secret Wars is coming closer and closer every week and with it long lasting changes to our beloved Marvel universes. Due to everything being fused and focused on the new Battleworld a lot of Marvel ongoing titles are going to “end” soon.

“It means that there will be a ’616 finale!’ and that means exactly what many fans have suspected – everything ends,”Vice President of Sales and Marketing David Gabriel explained in an interview with comicbook.com. “We’ve been saying it over and over again but at the core, Battleworld IS the Marvel Universe when Secret Wars #1 hits in May. But before that, there will be a number of titles reaching, what we’re calling, a ’616 finale,’ ending those stories and characters as you knew them – for now!”

So to keep your excitement levels high and your frustration/confusion levels looooooooooow here are the **33 Marvel ongoings **that are going to disappear before Secret Wars turns your Marvel reading pleasure upside down:

Some of those series, like “Amazing Spider-man”, or “Thor” for example, continue in Secret Wars in form of another series (in those instances “Spider-verse” “Spider-man: Renew Your Vows” and “Thors”), with the same creative team, focusing on some of the same characters and what they live through when universes merge.

Most of those titles are expected to return in some form after Secret Wars ends later in fall, probably with a few creative change ups, since we already know that Bendis will stop writing the X-books and Hickman finishing his Avengers stories with this here event. As soon as those are announced we will keep you updated on the Archonia blog, of course!