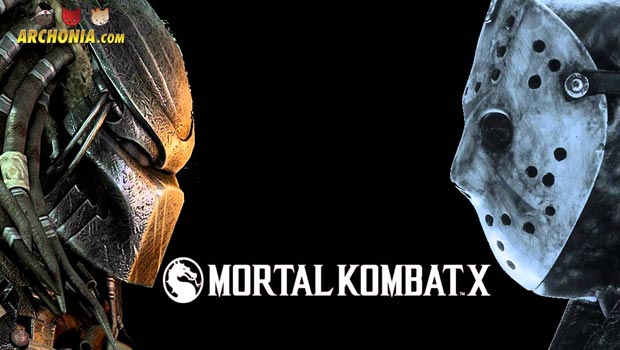 In this section, you’ll find all recent headlines that you, as a pop culture aficionado, should not miss. We can’t all keep track of everything, so each week we’ll select the important news for you. We bring you our: **Geekly News Round-Up! ** 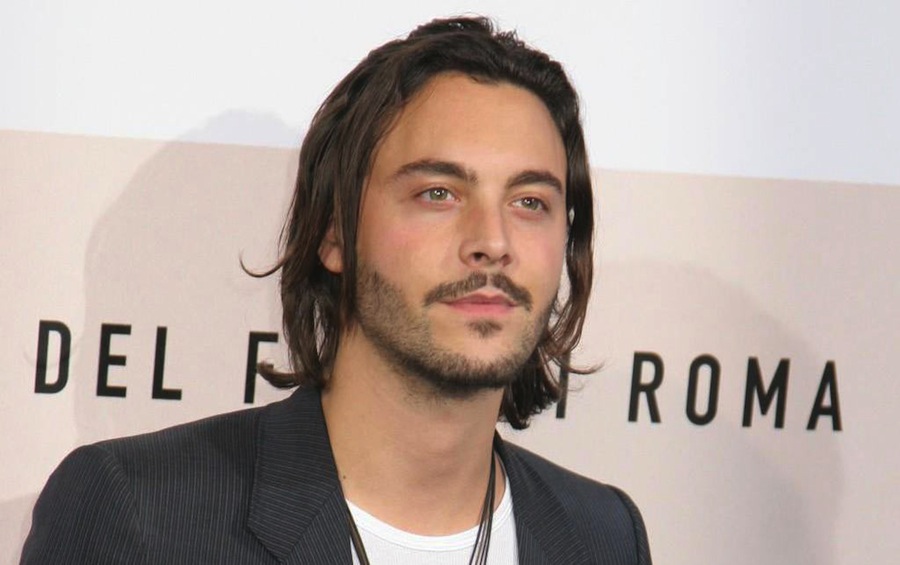 After Luke Evans (Bard the Bowman from The Hobbit) dropped out of the upcoming “The Crow” reboot, many have thought this project to be damned in development hell. They lost a Crow before when Bradley Cooper dropped out years ago, so things did not look good. Last week a new Eric Draven was found, however. Jack Huston (best know from Boardwalk Empire) has signed onto the movie, which is supposed to be a lot closer to the original comic than the Brandon Lee movie was in the early 90s. According to **Crow creator James O’Barr, who is creatively involved **in the project, the movie is supposed to be going in front of the cameras in the next couple of months. 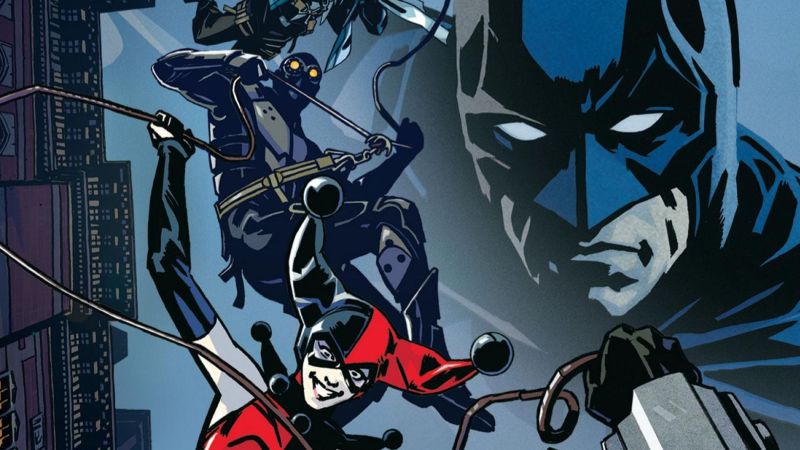 According to the news scoopers from Latino-Review, some more information on Suicide Squad has surfaced, which also reveals a lot about the way Batman himself is going to be portrayed in the DCCU from Batman v Superman forward. According to their sources, Batman (Ben Affleck) is being hunted by the government, because they know he has contact or is at least able to find all other metahumans, which Washington would like to keep an eye on. The problem however is that Batman is, even after years of being an active crimefighter, still a mythos, a boogeyman who nobody ever has been able to catch or even prove he exists. The only guy who had several interactions with Batman is the Joker (Jared Leto), which is why Amanda Waller is interested in our favorite psychopath. Sounds really exciting, huh? Suicide Squad is directed by David Ayer and will start shooting in April. Preproduction has already finished a few weeks ago.

Marvel Studios has released a new trailer for the upcoming Avengers: Age of Ultron! It is actually an extended TV spot and not a fully fledged trailer, but it still features a lot of new footage, like Cap flipping a motorcycle through the air like it’s nothing and an especially cool monologue from Tony Stark at the beginning. Check it out:

Next to that, in an interview with Marvel.com Joss Whedon, director of Avengers, revealed that there are going to be more heroes in Age of Ultron than those who we have seen so far. Maybe a last minute addition of a small Spidey/Dr. Strange/Black Panther/Daredevil (especially since 3 of those have already been cast long before AoU stopped doing re-shoots) cameo perhaps, or just Falcon and Warmachine helping out? (PLEASE DAREDEVIL!!!) We are gonna find out soon. 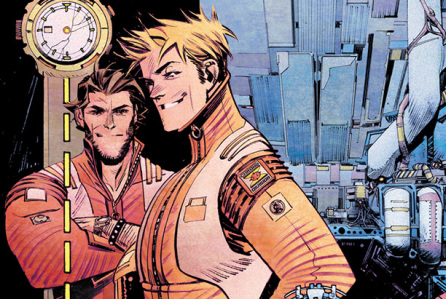 As usual for a Mark Millar comic (Wanted, Kick-Ass, Kick-Ass 2, Kingsmen), just mere hours after the first issue has been released, Hollywood had optioned the story for a big blockbuster movie: Universal Pictures is going to turn the new Millar/Sean Murphy collaboration into a movie soon. Chrononauts is about the first two people who manage to crack time travel and their adventures. 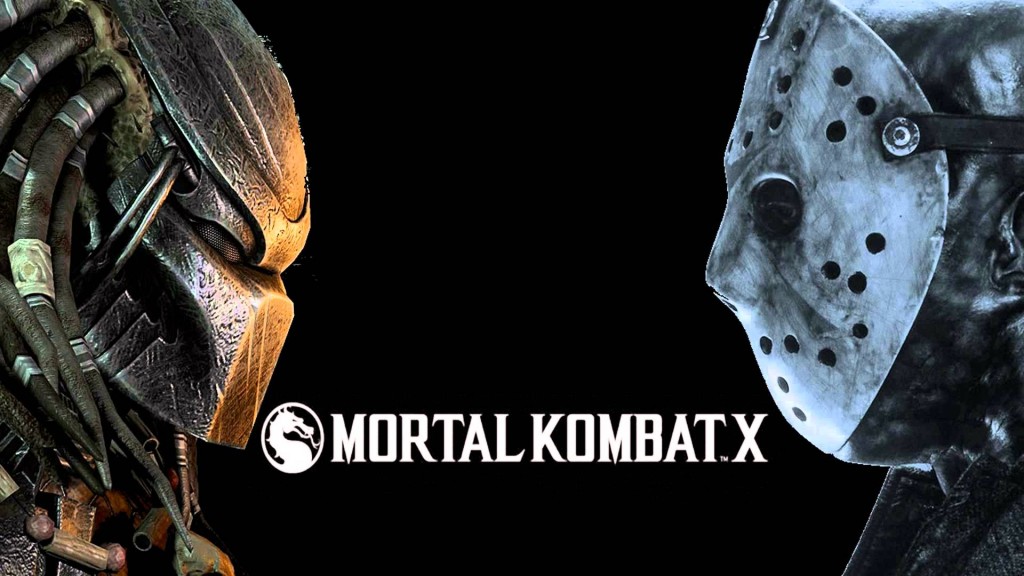 In the last week it has been confirmed that the upcoming Mortal Kombat X videogame will have two very special people in its fighting game roster: the Predator and Jason Voorhees! Both characters will be available in a four character DLC pack, that will be available when the game launches.

Traditional Fantastic Four Costumes Will Be In The Movie 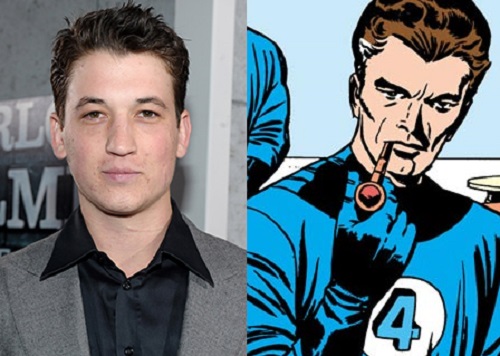 The Fantastic Four movie reboot is coming closer and with it the worries of purist FF fans are growing and growing. From the first trailer of the movie it was pretty clear that this won’t be a lighthearted Marvel style romp, but a very serious and grounded sci-fi movie (which I actually think looks pretty cool and interesting). Pictures surfaced, showing the FF wearing dark “containment suits” in the movie, but now Reed actor Miles Teller confirmed that those are only the start for the team, which should have old school FF fans breathe a bit easier. “These are the beta versions of the costumes, which is great [...] But, yeah it would be very odd if the Fantastic Four didn’t don the traditional costumes,” the actor told Screen Crush at a press junket. “You’ve got to. There is some servicing there. You’ve got to give that to the fans. That’s what it’s all about.” 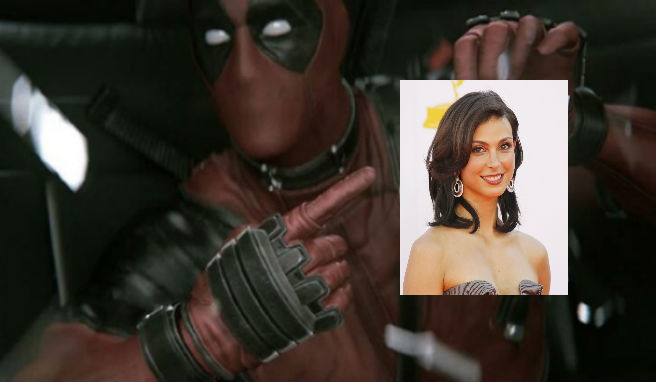 After being casted a while ago, geek favourite actress Morena Baccarin (just little shows nobody knows like… Firefly!!! Gotham!!! Homeland!!!) confirmed her role in the now shooting Deadpool movie from Fox. She tweeted a picture of her actors chair on set, which read Vanessa under a red Deadpool logo and captioned the pic with “Let’s do this!”. The Vanessa in question is Vanessa Carlysle, called Copycat, who has shape shifting abilities in the comics and first appeared as herself in the X-Force comicbook that also originated Deadpool himself.