The Batman v Superman: Dawn of Justice Trailer is Here!

After the leak on Friday, where a bootlegged version of the Man of Steel sequel “Batman v Superman: Dawn of Justice” made its way around the internet, we now have a legit HD version. As I am Archonia’s resident DC maniac, I think its only fair to give this footage its due and dive in a little deeper. 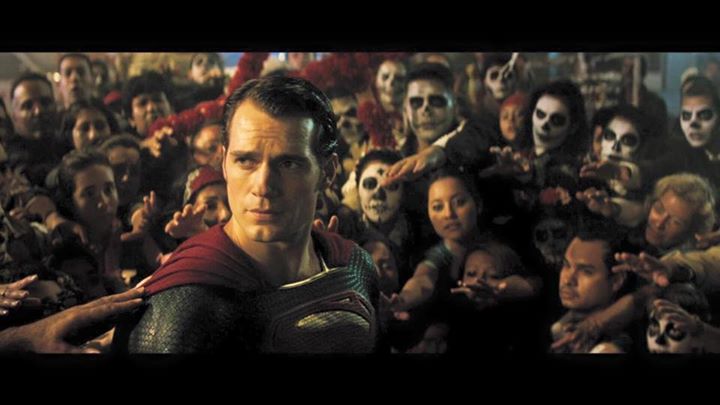 The trailer shows that the movie is going to use everything that was set up in Man of Steel… even the controversy of the destruction of several city block in Metropolis, which I still say wasn’t his fault, since he tried to take Zod out of the city into the sky multiple times, but was simply unable to contain him. He also never destroyed a single building, that was all Zod.
In a stroke of genius director Zack Snyder seems to have taken that real life controversy about people either loving or hating Man of Steel and brought it in a very meta way into the movie: the citizens of earth are unsure how to feel about this alien god who saved them in the events of Man of Steel. There are people who revere him as a god, who worship him… and there are people who fear and hate him as you can hear a lot of people debate about what he means for us as a species.
The citizens of Metropolis build him a statue in the centre of the destroyed part of the city, which is now a park, but that statue has been spray painted with the word “false god” on his S-emblem. We also hear the chanting of “GO HOME!” when we see this image and Jesse Eisenberg talks about “Devils not coming from the ground beneath us… they come from the sky!”

This all puts Superman in a unique spot, a spot we haven’t see him before in live action… and I still don’t even pretend to have a clue about what those kneeling soldiers with the “S” symbol on their arms mean… maybe a dream sequence of a world ruled by Superman, or a special task force of people that pray to him? Who knows, but I am super excited to find out.

If I am not mistaken it is Jeremy Irons’ Alfred who starts talking about “The feeling of powerlessness… that turns good men cruel”, which is either a statement about the whole world having to deal with Superman, Lex, or even Bruce Wayne himself, who maybe is the aggressor in this fight, simply because he fears that this alien cannot be controlled and is a giant threat to Gotham and the world. As Ben Affleck stares deep in his thoughts at his Batsuit… and what a Batsuit it is… we get our first glimpses on our new Batman. I just have to say it… Affleck looks so much like the Animated Series version of Bruce Wayne, its uncanny! We also, maybe, get a small peek at the Robin suit entombed in glass behind his back. Maybe.
In the batsuit however, he evokes Frank Miller’s older Batman from the Dark Knight Returns and for the first time ever we have a truly scary looking Batman! Both Keaton and Bale used scare tactics against their enemies and it worked into the worlds of their films and I loved what both of them did, but this is the first time I see a Batman in life action who looks truly terrifying. The scene where he comes out of the shadows and we see the suit in motion for the first time… if that would happen at night in my livingroom, I probably would have a stroke. 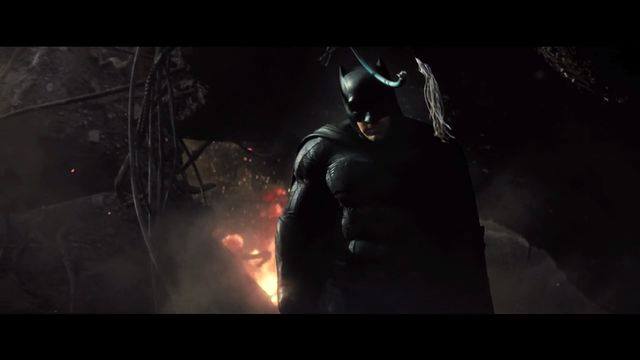 I love the glimpses at the Batmobile and Batwing, however brief they are, but the most interesting shots of the trailer are the ones of Batman in his DKR mech suit, ready to take on Superman. “Tell me… do you bleed? You will” we hear him say in a batvoice that has to be heard to be believed. He sounds like a pure nightmare and I love it! Again this enforces what I said about this being a truly scary Batman. Snyder and Affleck clearly want to focus on that almost horror aspect of the character and I think that is a very smart move after we just had a great very human Batman in Bale. Affleck seems perfect for it, with his almost hulking physique. Also very interesting to point out: every shot of Superman in the teaser trailer shows him positioned above other people. He is always in the higher position, which underlines his god like status.
The teaser trailer focuses only on the conflict between Superman and the world and Superman/Batman, but I don’t think (hope) that this is the whole movie. I hope that the fight we saw glimpses of is only at the midway point of the film and not the finale, because I want Bats and Supes to respect each other and face a bigger threat at the end of this.
Tonally it looks even darker than the Nolan movies, but I really love that and I think it will fit those heavy themes of spirituality, uncertainty and rage against the unknown. It almost looks like a spiritual successor to “Watchmen” as much as “Man of Steel” and for my personal taste in these movies this is the way to go! As entertaining as the Marvel films are, for me they lack gravitas, depth and I am not a huge fan of the humor in them, so this right here… this is my kinda superhero stuff!

You know what I think and this is clearly my most anticipated movie right now, but I also loved the Dark Knight Trilogy, Man of Steel and Watchmen, which all went into a similar direction from tone and style. So are you excited for Batman v Superman: Dawn of Justice? Have you been on board from the onset, or are you not a fan of this style of superhero movie?