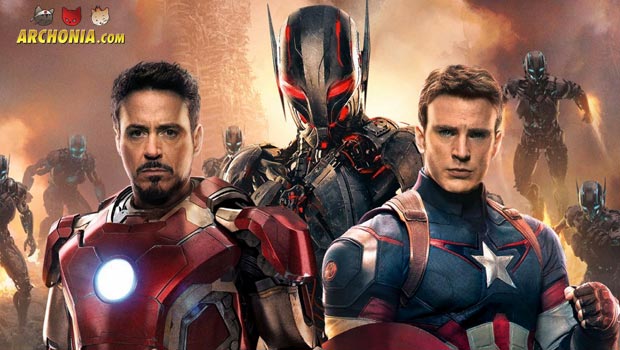 One of the most anticipated movies of the year, Marvel’s sequel to Avengers (and kinda every movie that came out in between, except Guardians), has been released in Europe this wednesday and we cool kids from Archonia had the pleasure to watch it in a big double bill with the original movie.
For everyone who expects a sequel that is not only going to recapture the magic of seeing the Avengers assembling for the first time, but even surpassing that could very well be toying with disappointment when he leaves the theatre. It is almost unfair to expect a movie to be better than its predecessor, but that comes with the territory of sequels, prequels and reboots. It is pretty fair to say that while Joss Whedon’s Age of Ultron does not reach the same heights as the first movie does, it is still an entertaining, but flawed watch for fans of the Marvel Cinematic Universe. This review will mostly be spoiler free, as I won’t spoil exact story beats or the like, but I will go into what the movie does and doesn’t do, so heads up. 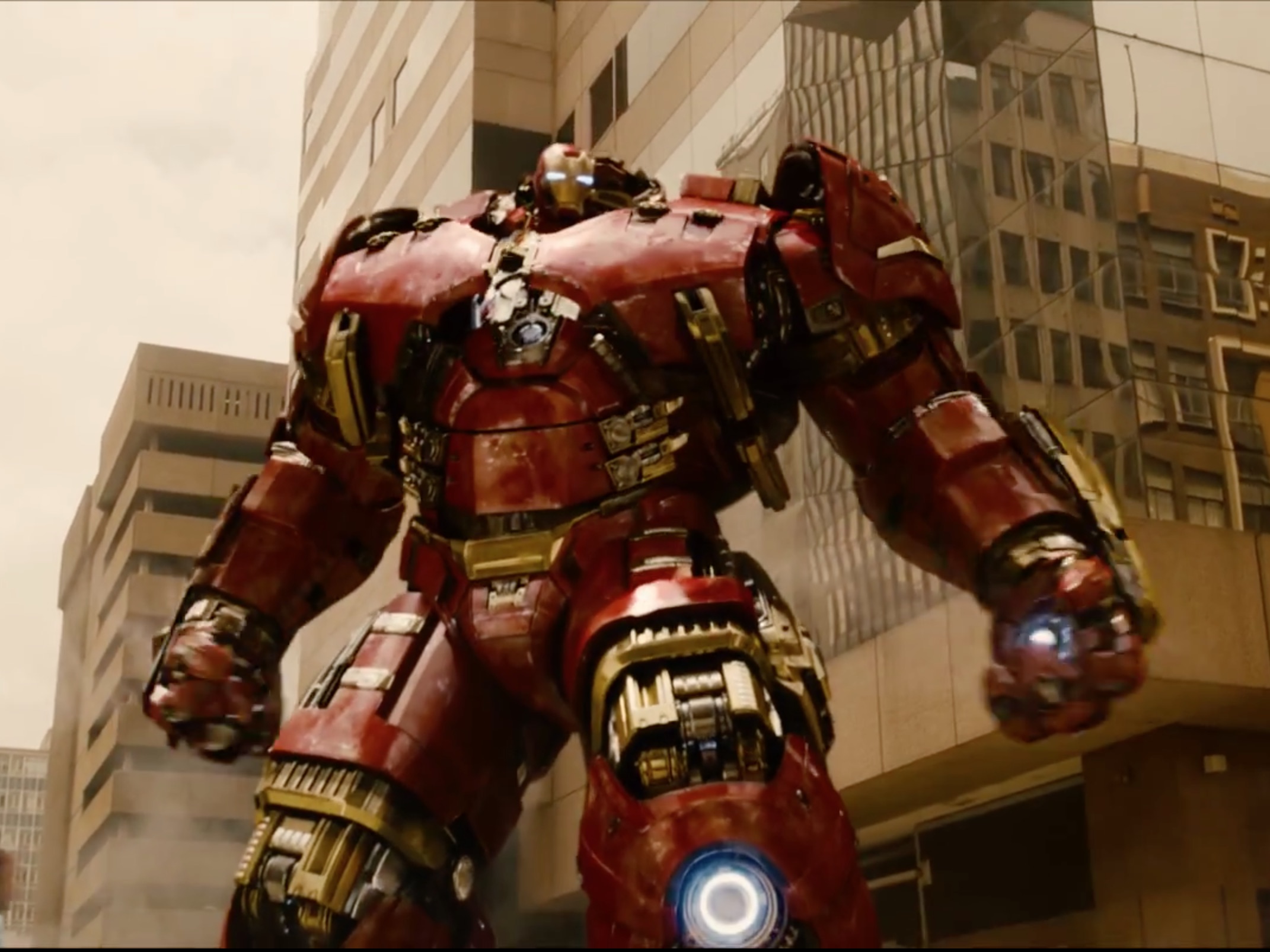 Age of Ultron deals with the Avengers continuing to confront the remains of Hydra, headed up by the evil Baron von Strucker, who uses “enhanced” humans, in the form of siblings Wanda and Pietro Maximoff (Elisabeth Olsen and Aaron Taylor-Johnson), against the Avengers. After feeling he can’t keep earth as safe as it should be Tony Stark (Robert Downey Jr.) begins developing a “suit of armor around the world”, by inventing the first true artificial intelligence… Ultron. Those intentions are turned on its head, when Ultron takes his mission a bit too serious and decides to see the Avengers and humans in general as the premier threat to earth… a threat that has to be wiped out. What follows is an external fight all over the globe against Ultron and the internal struggle of keeping the team together.
What many people, including me, will expect from this is the Marvel movie where the battle lines for Civil War are being drawn… and that is absolutely not the case, which also explains a big problem the movie has: it doesn’t really change anything.

Sure, a few characters are switching sides over the course of the movie, but in the grand scheme of things it almost feels like a one shot story instead of a part of the overarching narrative, more like a side story than a big culmination as the first Avengers clearly was. Neither is this where Tony and Steve have their fallout, nor does this bring the Thanos infinity stone story much further. That the movie has a lot of the same rhythm and beats as the first one (Hulk vs an Avenger in the midpoint, end fight against an army of drones in a city) is a disappointment as well, since the really great sequels in history (Aliens, Godfather II, The Dark Knight, Empire Strikes Back, even Winter Soldier to name a few) all took the characters of the first film into very different directions, sometimes even changed genre. This is just more of the same and only you know if that is a problem for you personally or not.

Another big problem for me were almost all newly introduced characters. Taylor-Johnson’s Quicksilver for example, is a much weaker character than the version we saw in X-Men Days of Futures Past last year. His sister doesn’t fare much better, as she is a walking cliche that doesn’t even use her powers in interesting ways, but worst offender of this is Ultron. I expected a genuinely scary and threatening villain from the early trailers, but what I got was another paper thin wanna-be tyrant from Marvel Studios that fits perfectly next to fellow bores Malekith, Ronan, Iron Monger, Whiplash or the Mandarin. For me that is a problem, because a movie based on drama/action is only as dramatic as the villain allows it to be. The decision to make him crack jokes and one liners (most of which really don’t even land) is a weird one and it takes away from the impact his actions are supposed to have. It’s a shame really, since his first scene, which got already spoiled by the trailers, is genuinely chilling and a great set up for a villain. The only new character that really works, even with his very limited screen time, is Paul Bettany’s Vision. The design seemed like the worst idea ever on posters, but in motion coupled with the actor it really works and makes the most interesting new character Marvel has introduced in a long time.

The movie shines brightest when it does what we all pay to see: interactions between the Avengers we already know and love. One of the best scenes is the party at Avengers tower, where all Avengers and even sidekicks like Anthony Mackey’s Falcon, or Warmachine hang out and party together. The whole “who can lift Mjolnir” party game is amazing to watch and has the best Whedonisms in the whole movie. Overall most of the core Avengers fare pretty well in this. The relationship between Scarlett Johnansson’s Black Widow and Mark Ruffalo’s Hulk works really good, Thor gets more focus than last time (I am a Thor fan, so I am happy about that) and fans of Iron Man and Cap (Chris Evans) get their moneys worth as well, but there is one standout character in this… a character I couldn’t care less about in the first Avengers movie, who now steals a lot of AoU: Hawkeye.

Jeremy Renner spent the last movie about 90% as a brainwashed zombie (he even makes one of the movies best jokes about that), so it is a breath of fresh air to see him quip and be awesome just like his comic counterpart. But not only does he have the biggest laughs in the movie (Thor is a close second), or some the coolest action beats, next to Hulk he actually has the most interesting plot and revelations on his side.

Visually Whedon has upgraded his game form the first movie, that looked a bit like a TV show on a mega budget. This time around everything is visually more interesting, colors are more vibrant and moody, camera shots more cinematic and focused. This change in style also influences the fight scenes, with one negative standout in the opening sequence that looks like an ADD photoshop headache and one really almost perfect action sequence in the infamous Hulk vs. Hulkbuster fight, which could be Marvel’s coolest action scene yet when it combines great CGI, amazing choreography and cinematography with actual stakes and heartfelt emotion. It is a shame that the action finale feels overlong, overwrought and overthought in comparison.

Fans who loved every single MCU movie thus far this one probably won’t disappoint you either, as it is still a lot of fun and an entertaining watch, even if it is a somewhat underwhelming and stalling experience compared to the first movie. It is a shame that it almost seems Marvel did not learn from what made Winter Soldier its best movie yet, namely actual stakes and a credible threat. They could have applied those lessons to the Avengers formula and made their best movie yet, but instead put out something far more ordinary and toothless. If you just want to see characters you love interact and fight an army of faceless badguys, see eye popping CGI effects and hear one liner after one liner, this won’t let you down, but don’t expect it to have the same almost magical quality the first Avengers had. It is neither a great movie, nor a bad one, it’s just not as good as I feel it could or should have been.