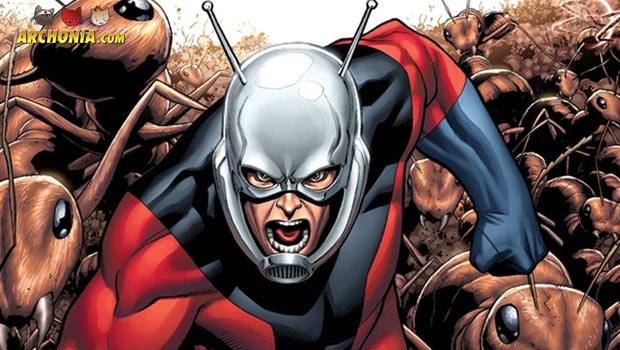 Ant-Man and more will be in Civil War 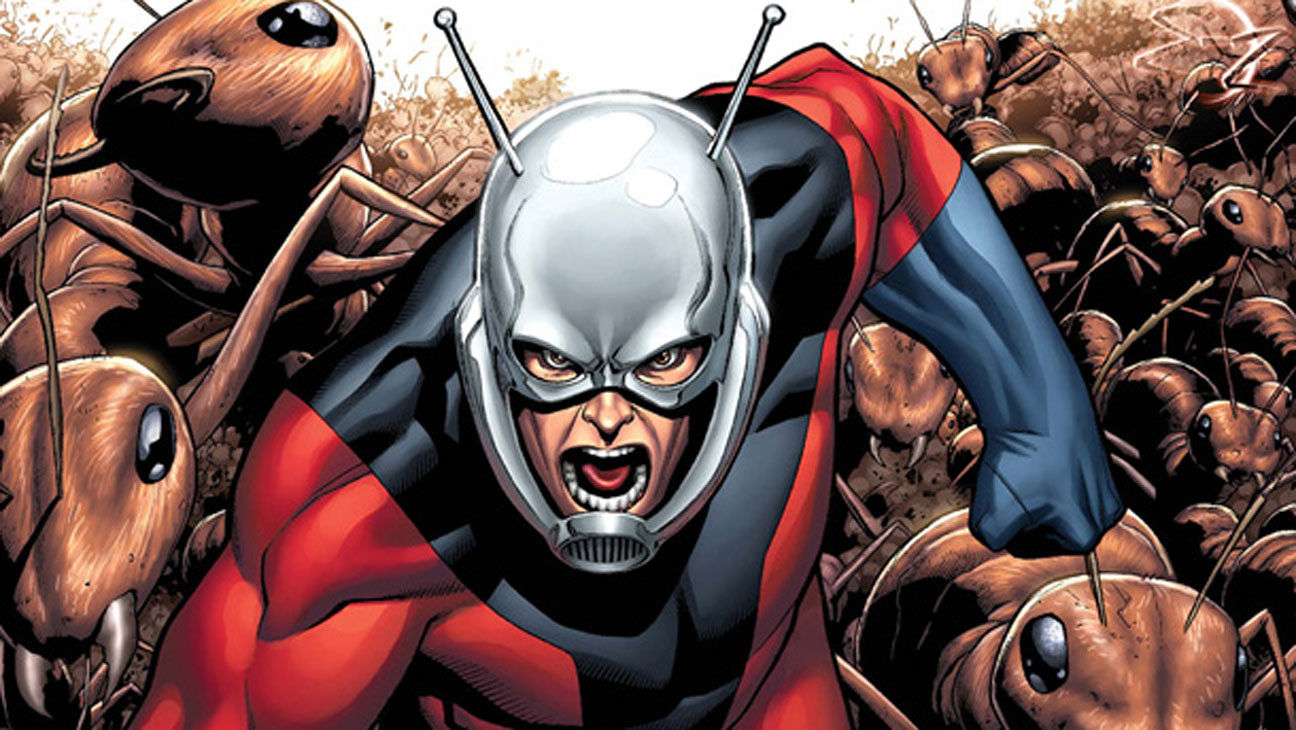 Marvel revealed a few years ago that Paul Rudd’s Ant-Man is going to feature into the upcoming Captain America: Civil War movie! The Russo Brothers directed follow up to Captain America: Winter Soldier and Avengers: Age of Ultron is going before cameras this week in Atlanta, Georgia, with later locations such as Germany, Puerto Rico and Iceland!
The movie is supposed to come out in the US on may 6 2016 and will now feature a cast of Captain America (Chris Evans), Iron Man (Robert Downey Jr.), Black Widow (Scarlett Johansson), Winter Soldier (Sebastian Stan), Falcon (Anthony Mackie), Vision (Paul Bettany), Hawkeye (Jeremy Renner), War Machine (Don Cheadle), Scarlett Witch (Elizabeth Olsen), Black Panther (Chadwick Boseman), Agent 13 (Emily VanCamp), Crossbones (Frank Grillo), General Thunderbolt Ross (William Hurt) and Martin Freeman/ Daniel Brühl in unspecified roles. Add to that rumored appearances by the new Spider-man, Dr. Strange and more, this seems like a jam packed, maybe even overstuffed movie. I trust the Russo’s deeply, since they did the best MCU movie yet and we will see whats what next year! 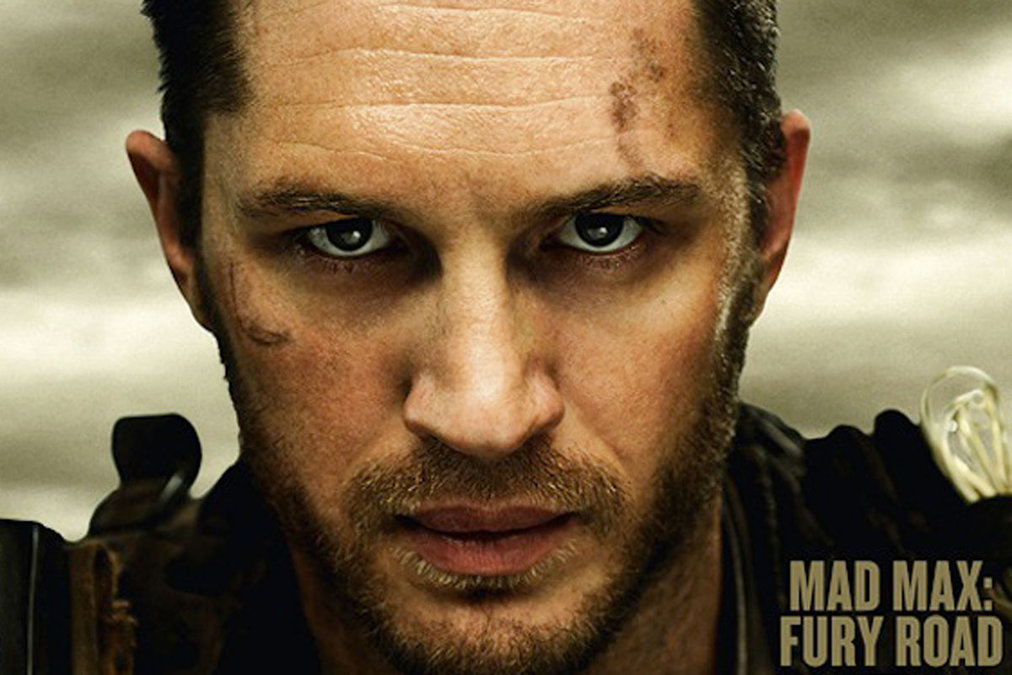 Last week, super talented actor Tom Hardy gave a lot of interviews about his upcoming, long awaited movie “Mad Max:Fury Road” (for which you can expect my review on this blog in a few days!)!
The former Bane from “The Dark Knight Rises” did talk about Mad Max, but was also asked about superhero movies and explained his exit from the upcoming DC movie “Suicide Squad”.

“There’s a very practical element as to why I’ve missed out on that foray, which is because Alejandro has overshot by three months in Calgary,[...] Literally we wrapped in Calgary for now until we go back in July. It would have smashed the two, I would’ve had a beard. It was just not gonna happen so I got ass-slammed technically out of Suicide Squad, gutted, so I had to hand it over to Joel Kinnaman, who will do an amazing job.”

After being asked if he is up for another DC role in the future he answered with a Marvel character:

But before Marvel fans get too happy about that now, he also said in another interview that he is still currently working on a DC Comics project and not jumping ship to Marvel:

I actually got something cooking with Warner Bros. which is also a comic book, it’s a DC thing which is kind of… It’s really good actually, it contains elements of all kinds of stuff. From Ocean’s Eleven, to Batman, you can get all the wrappers out and it would be a big, really cool, Technicolor, Pulp Fiction…It’s a psychological fuckfest, it’s absolutely awesome. It’s as if you would take Transmetropolitan and make it happen, but it’s not that out there it’s something which is much more real world. It could be like Heat, it could be fucking awesome. Let me tell you what it is, try and guess.

It’s not even a movie. It’s already… It’s real estate, it’s PRIME real estate which is sitting there right under everybody’s nose that no one’s really thought about yet and it goes TV and movie, it’s awesome. I can’t believe that nobody has even –I know they thought of it but no one has actually blown life into it yet.

Even as a DC superfan I have no idea what he is exactly talking about, but maybe something Vertigo related like 100 Bullets or even working with TDKR co-star Joseph Gordon Levitt on the Sandman adaptation would fit the bill. All in all, its very exciting to see that one of the finest working actors today is still game for geeky projects. We will keep you updated on the Archonia Blog, of course. 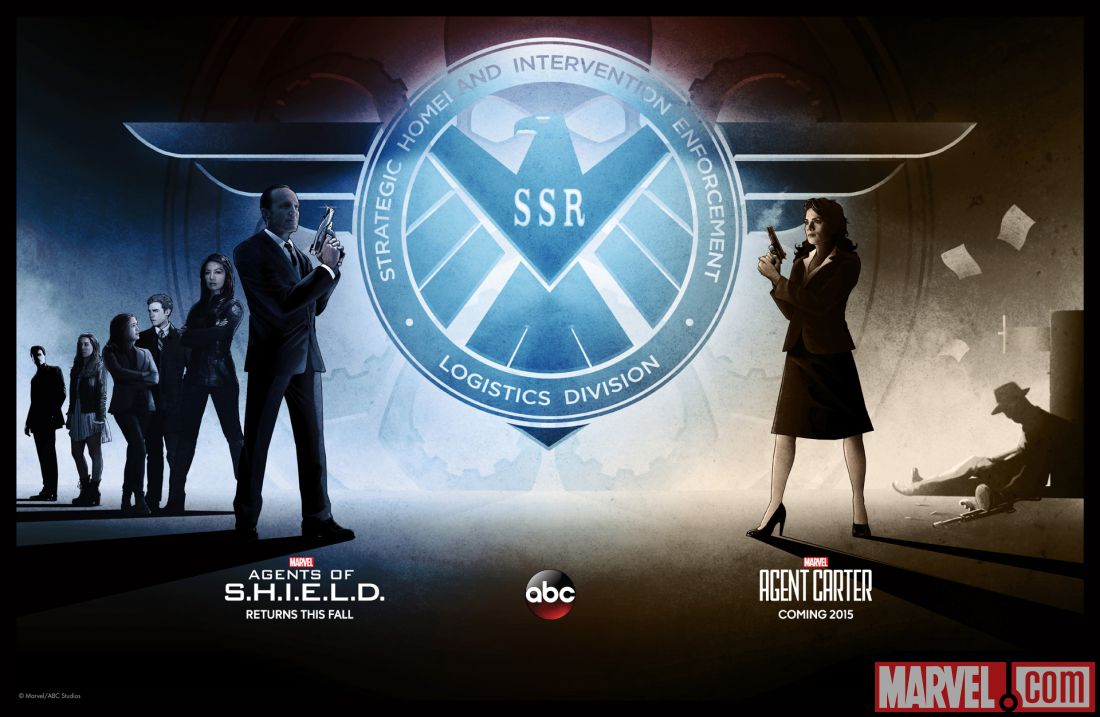 ABC renewed both their Marvel shows last week, with Agents of SHIELD getting a third season and Agent Carter getting its second. However, the proposed Mockingbird (Adrianne Palicki) led spin-off seems to be dead in the water. ABC execs reportedly feel that the spin off could divide fans.
“Some backlash to the idea of taking some of the strongest new characters on S.H.I.E.L.D. away from the mothership series.”
Also, Agent Carter star Hayley Atwell talked about where later seasons could take the character a while ago.
“She would have experienced the ’50s, the ’60s, the ’70s, the ’80s and she would have experienced so much culturally during at the time. I’m jumping the gun because I love working on the show so much that I really hope we carry on. That’s up for the audience and Marvel to decide. If we did, that would be a very exciting thing to explore.” 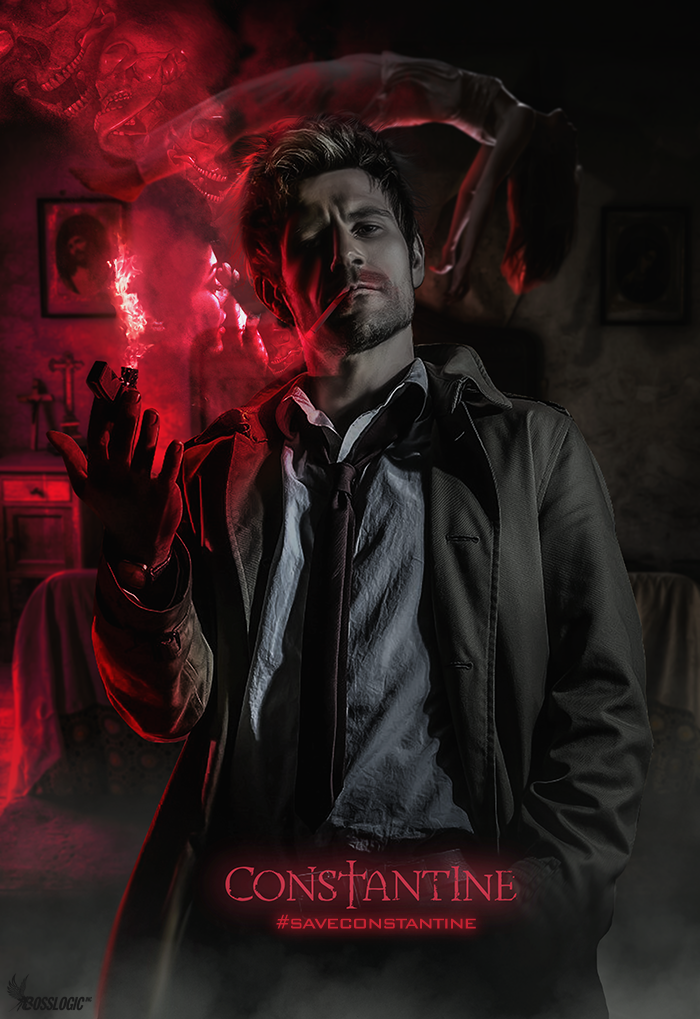 After the first season of DC Comics show “Constantine” hasn’t brought in the ratings NBC expected, the network has passed on a second season for the chain smoking magician. Ratings are well and good, but it is kinda unfair when you actually look at the numbers and see that Constantine’s ratings were always comparable to (sometimes better than) Arrow’s on the CW and the show is still considered a failure by its network (while Arrow is considered a hit on the CW), because NBC expected “Gotham” numbers from a show with a relatively unknown character.
Showrunner Daniel Cerone is still holding out hope and is trying together with WB/DC to shop the show around to other networks to find a new home. There is still hope, Hellblazers and it would be really nice to reward a cast and crew that really stepped up their game after a few clunky first episodes with a second shot at the world and character.
Arrow star Stephen Amell even tweeted that he would cameo as Oliver Queen in the show, if it gets picked up by another network, to get John Constantine’s input on the issue of the lazarus pits. Sounds great to me.
So, still: #saveconstantine 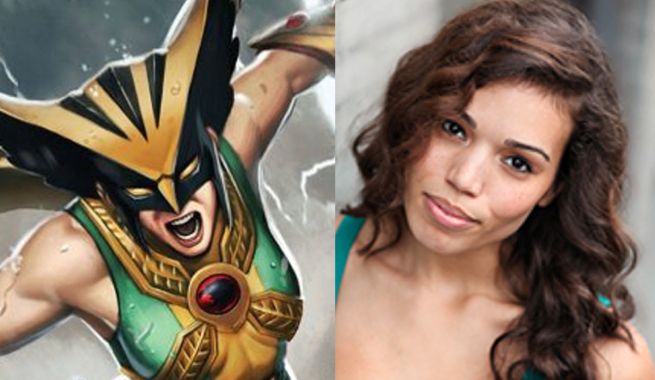 Ciara Renee, the newly cast Hawkgirl for CW’s DC Comics spin off of Arrow/Flash, has revealed on Twitter that she and her castmates from the upcoming show will feature into the Flash finale this season!
DC’s “Legends of Tomorrow” is a team up of DC characters starring a team of The Flash and Arrow heroes and villains. The vast is made up out of Victor Garber (“The Flash”) Brandon Routh (“Arrow”), Caity Lotz (“Arrow”), Arthur Darvill, Ciarra Renee, Franz Drameh star, alongside Dominic Purcell (“The Flash”) and Wentworth Miller (“The Flash”) and the show will debut this fall on the CW.

After disappointing X-Fans worldwide for two movies in a row (it’s a joke, relax), Charles Xavier actor **James McAvoy finally goes bald for the role of the iconic mutant leader and father of the X-Men. **
Director Bryan Singer tweeted out the picture of him getting his head shaved last week, which was one of a few tweets that showed some small glimpses behind the scenes of the upcoming, 80s set X-Men movie. The movie is rumored to be the beginning of the end of Singer’s X-Men universe, which will probably reboot after Hugh Jackman hangs up his claws after the third Wolverine solo film in 2017. 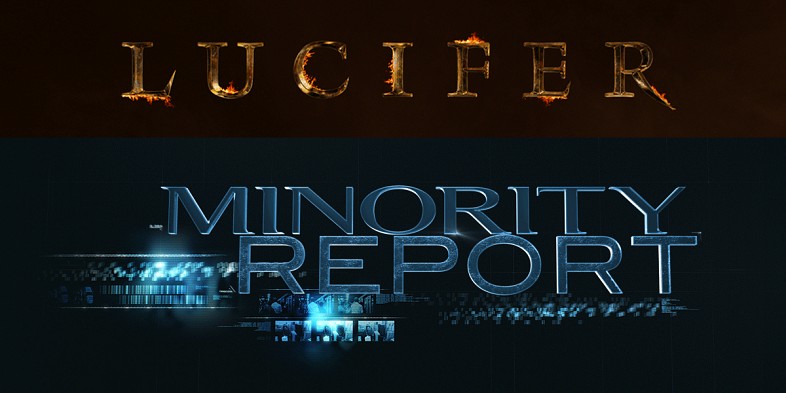 Fox has ordered a show based on the Steven Spielberg movie “Minority Report”, which is supposed to be a direct sequel to it. It chronicles the life of one of the Precogs years after the events of the film.
Also ordered by Fox: Lucifer, which is based on the DC Comics/Vertigo comicbook. Its about Lucifer being bored with his position in hell and leaving it all behind to open up a small piano bar in Los Angeles and scheming against heaven, hell and everything in between from there. A Vertigo mate of John Constantine, actually.
Both sound exciting and we will be able to check them out this fall!