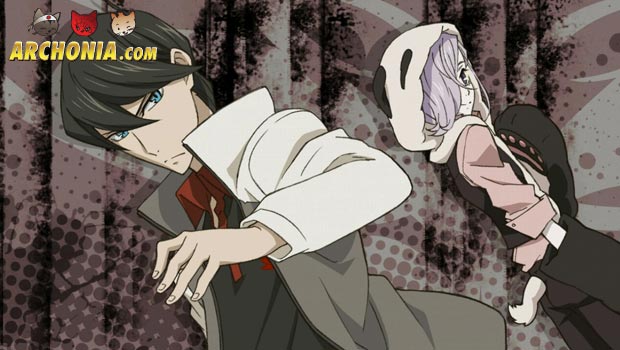 Un-go centers on a post-war society stuck between global concerns and domestic mysteries, mixed with a hint of the supernatural. It takes place in a futuristic Japan, yet the problems that arise are issues that haunt us today. The different episodes reflect on the media’s role in world events, the balancing of a country’s role in these events, the growth and spread of technology, the gouvernment taking control of the internet… All of these issues are neatly wrapped into the mysteries that our “defeated detective” is adamant on solving. 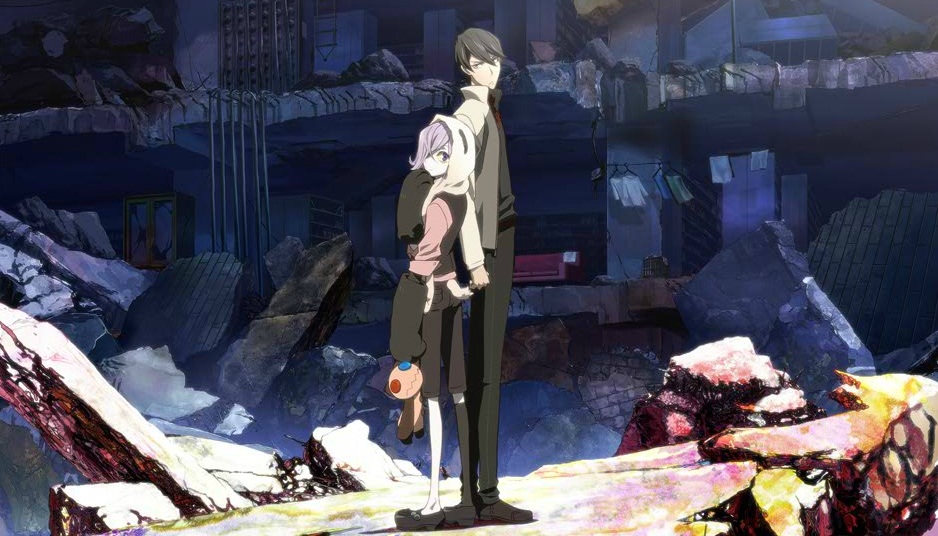 In this dystopian future, we get introduced to the main cast in the very first episode. Shinjurou is different from the typical detective, solving cases for his partner’s benefit rather than for his own selfish needs or selfless desires to help other people. Inga is an uncommon partner as well, not only being a child, but a child with as yet not completely understood supernatural powers: she can ask a person a single question, and they will have no choice but to answer with the truth. They made a deal together, where Inga will provide the detective with a chance for answers in return for people’s souls. 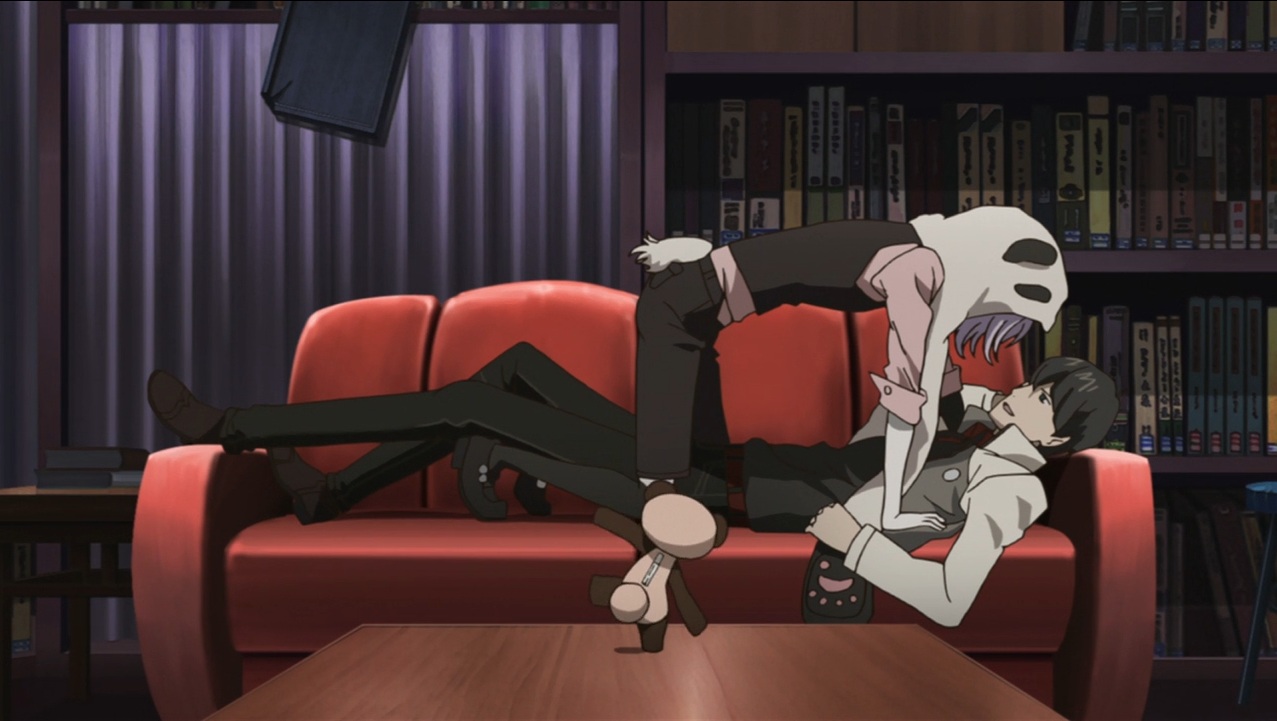 The overal feel of the series resembles a film noir, where there are flawed heroes, villians that are not necessarily evil but just adversely affected by the war, and a rotten world where they all try to survive in. Yet there are enough quirks that keep the series from feeling too somber, and over the course of a few episodes there’s already a strong attachment to the diverse characters. Un-go picks up the pace with multi-episode arcs, with increasingly interesting mysteries that flawlessly weave into each other and build towards the ultimate conclusion that defines the reality of this dark society.