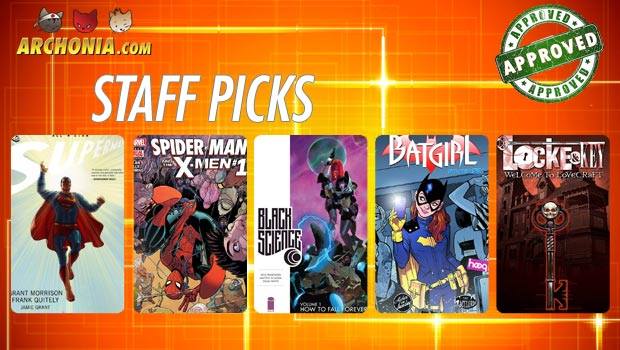 Today we bring you a new feature on the Archonia Blog. In our Comic Staff Picks we will pick 5 essential Graphic Novels we think should be on your radar. Those picks might be fresh out the week we post, they might be lesser known classics you can get right now in our store at Archonia.com, but either way, this is what you should not miss. Marvel Comics, DC Comics, Image, Dark Horse and on and on. Let’s go! 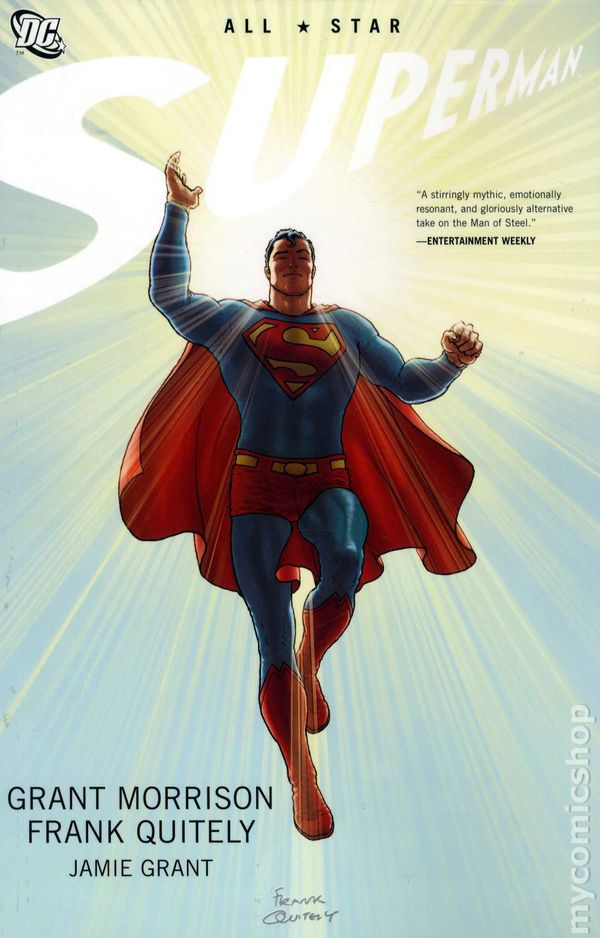 This is a very personal pick for me, since this is actually, in my humble opinion, THE best Superman story of all time and on par with classics like Watchmen or Dark Knight Returns! Mega star writer and 5th dimensional being Grant Morrison takes Superman, viewed through the prism of the limitless talent of mega artist Frank Quitely, and gives him his herculean 12 labors in 12 issues, which play like a best off album of the characters rich 75 years of history. You get the essentials, like hyper evil mastermind Lex Luthor (with his most evil plan yet, which he schemes from the inside of a cell on death row), Lois not knowing Superman is Clark, Clark Kent as the goofy bumbling fool, Daily Planet office humor, Krypton, kryptonian fights and big panel superhero action, and you get the lesser known classics, like Bizarroworld, Jimmy Olson cross dressing, the city of Kandor and more! It truly is as essential Superman as it gets and brings everything wonderful and old timey of the character in one story. Frank Quitely’s art is among the best comic book art of all time and his Superman is as great as it gets. Don’t worry about continuity with this one. It exists outside of any mainstream DC continuity and does only require a small knowledge of the character, so to anyone who every uttered the bad words “Superman. Is. Boring” in any possible sequence… get this book, see how wrong you were and love every second of it.

Spider-man and the X-Men vol.1 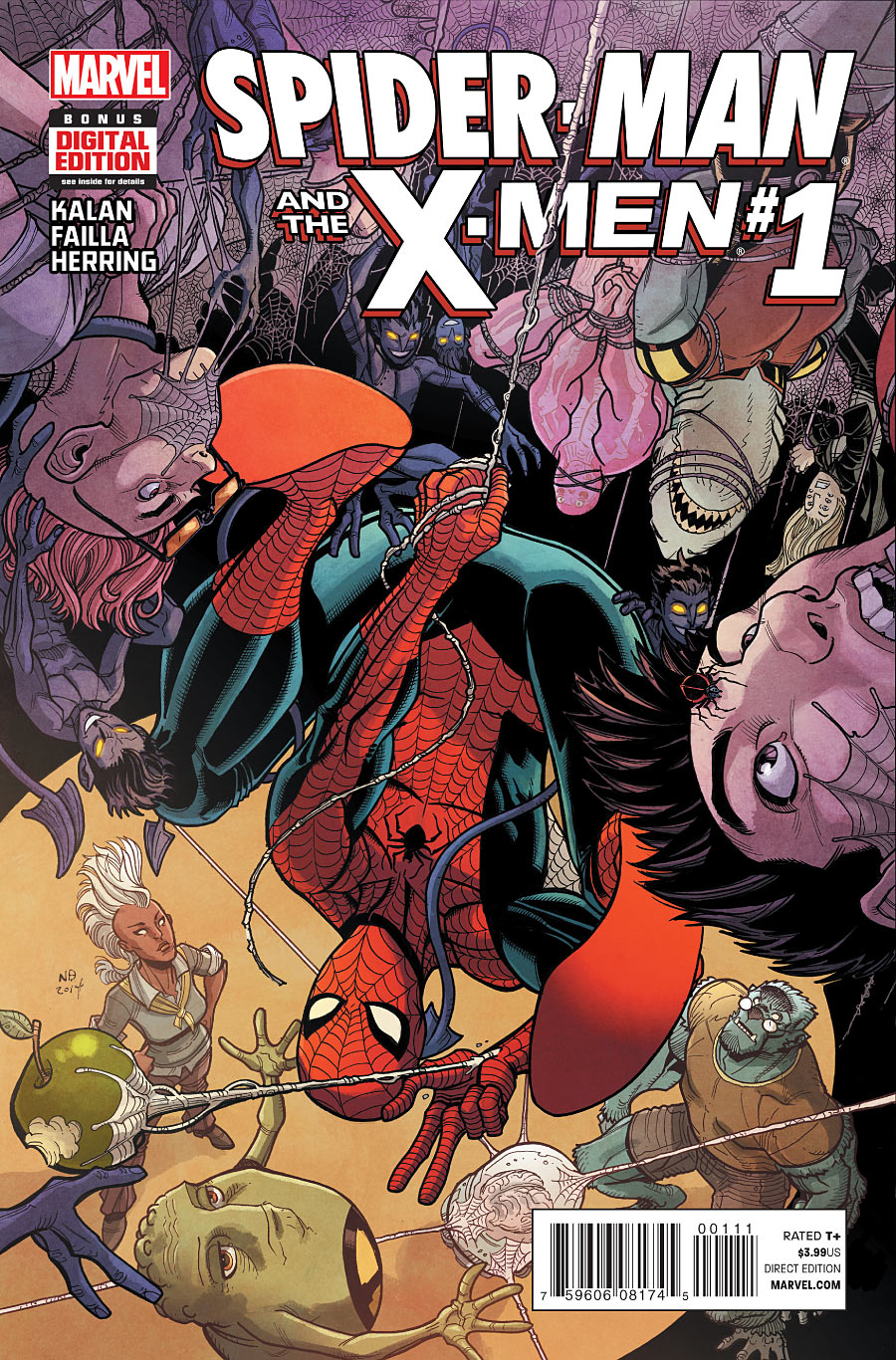 Just arrived this week! After the schism between Cyclops (who wanted to militarize the X-Men further) and Wolverine (who wanted the X-Men to just be kids), Marvel started the amazing new ongoing series “Wolverine and the X-Men” which starred Wolverine as the new headmaster of the newly opened Jean Grey School For Gifted Youngsters. Now Wolverine is dead and someone has to look after the cast of the book (seriously the cutest bunch of kids you have ever seen!) and that certain someone is none other than: Spider-man!
In the wake of Logan’s death Peter was hired as a guidance counsellor for the Jean Grey school and he now has the job to manage and teach the X-Men of tomorrow!
Smartly written by newcomer Elliot Kalan and penciled by the very talented Marco Failla two mega Marvel franchises get merged and you can be in on it on the ground floor.
A great continuation of the amazingly written “Wolverine and the X-Men” and very worthy of your time as either a Spidey or X-Men fan! Seriously: there is no way around this book if you are a big fan of both 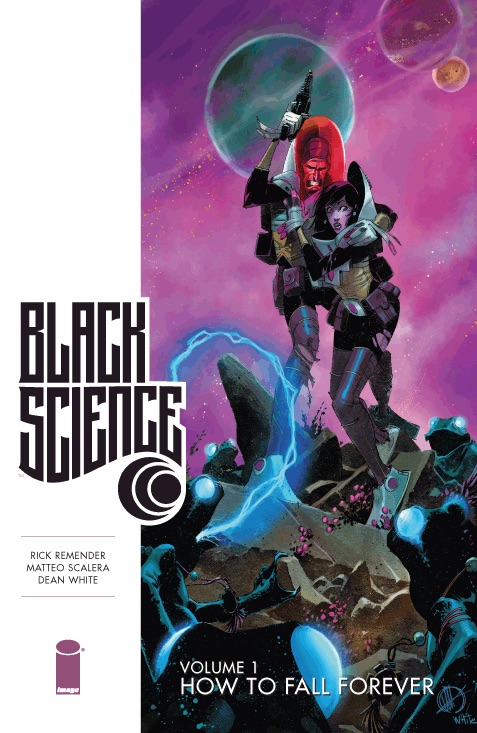 From super star writer Rick Remender, and published by Image Comics, comes this refreshing sci-fi book which trades in on an old concept and splashes it with a fresh coat of paint: parallel universes! Anarchist scientist Grant Mckay has built the pillar: a device with which he can thin the barrier between parallel universes and travel to other dimensions. His team, called the dimensionauts, is ready for the dangers and mind bending physics of it all, but then an accident happens and they are trapped in a weird dimension, with the pillar malfunctioning and forcing Grant’s kids in on the wild ride! You will see strange worlds and stranger beings, while Grant scrambles to hold his team together until the pillar makes the next jump to the next dimension. Typically Remender, you have to expect a lot of dark twists, philosophical thinking and brutal action! The second TP volume is also out, so you are not too far behind if you wanna jump on the hype train! I mean come on… it’s Image and it’s Remender, so it’s no wonder it’s a great read. 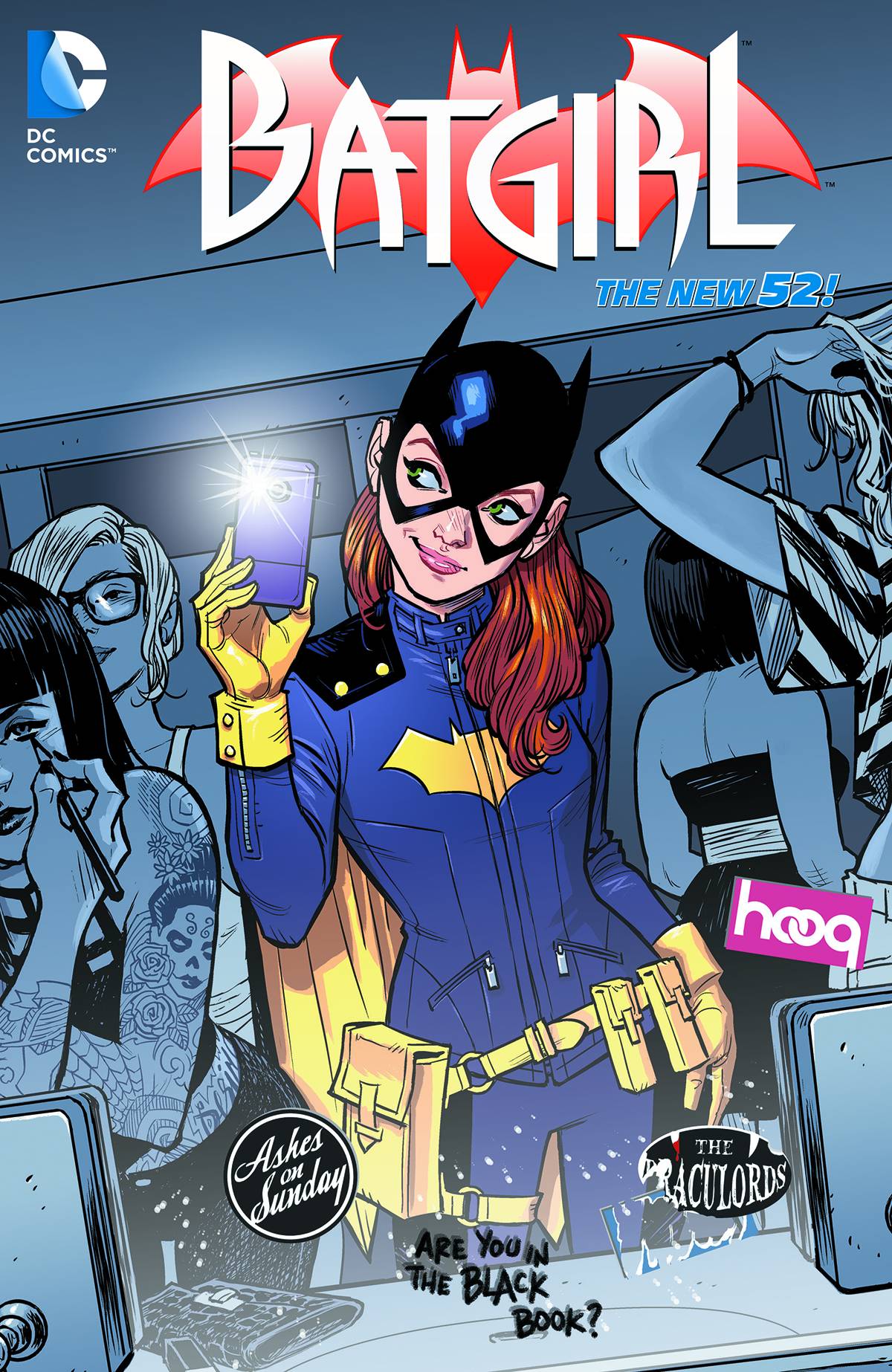 Batgirl has been in the New 52 line from the start, but recently got a soft reboot, which turned her from a dark female, younger version of Batman into something that really underlines the girl in BatGIRL. Cameron Steward and Babs Tarr reinvent Barbara Gordon for the modern time. She moves to the hippest part of Gotham, called Burnside, goes to parties, makes selfies, has overpriced coffee, goes to college, cuts classes here and there, cares about hip bands and social media profiles, snapchat, instagram, hangovers after waaaaaay too much partying and has a crush on her almost 10 years older college teacher. While this (mind) might sound horrible to some people, I find it extremely refreshing that these creators made Barbara into a REAL modern girl/young woman, with a normal modern life, next to being Batgirl and fighting the criminals in Burnside. There is still a lot of fresh and cool superhero action, which is even made more interesting by having her cut off from Bruce’s finances, which in turn forces her to fashion a new costume and gadgets by herself. Seriously, one of my favorite new books from DC and I am not even the main target group for it… it’s just THAT good.

Let Joe Hill (Stephen King’s son and horror author extraordinaire) and Gabriel Rodriguez take you on a horror journey like you have never seen before. Locke & Key is the amazing horror story of the Locke family and their family home called Keyhouse. After a tragedy has struck the young family, the Lockes relocate to Lovecraft, Maine and move into their old family home to get away from the bad memories and start fresh. While their mother has to fight depression and anxiety attacks, the three Locke kids each deal with the tragedy differently. When the youngest son, Bode, finds a few weird keys in the house , he soon discovers they unlock mystical doors that have unique powers and effects on the children. The mystery of Keyhouse gets explored, while an old evil creature stirs in the wellhouse out back, trying to get back into our world and tear the family apart once again… although this time figuratively AND (literaly) literally. If you are a horror fan, this book is a must. One of the best horror stories in any medium, which is soon going to be adapted into a major motion picture soon! So… be one of the cool kids and know the story before then