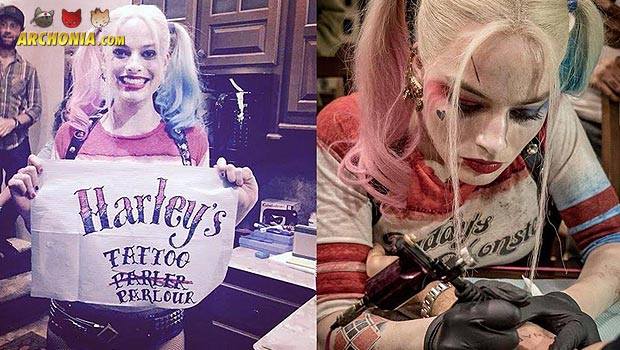 Director For Man Of Steel 2 Rumored 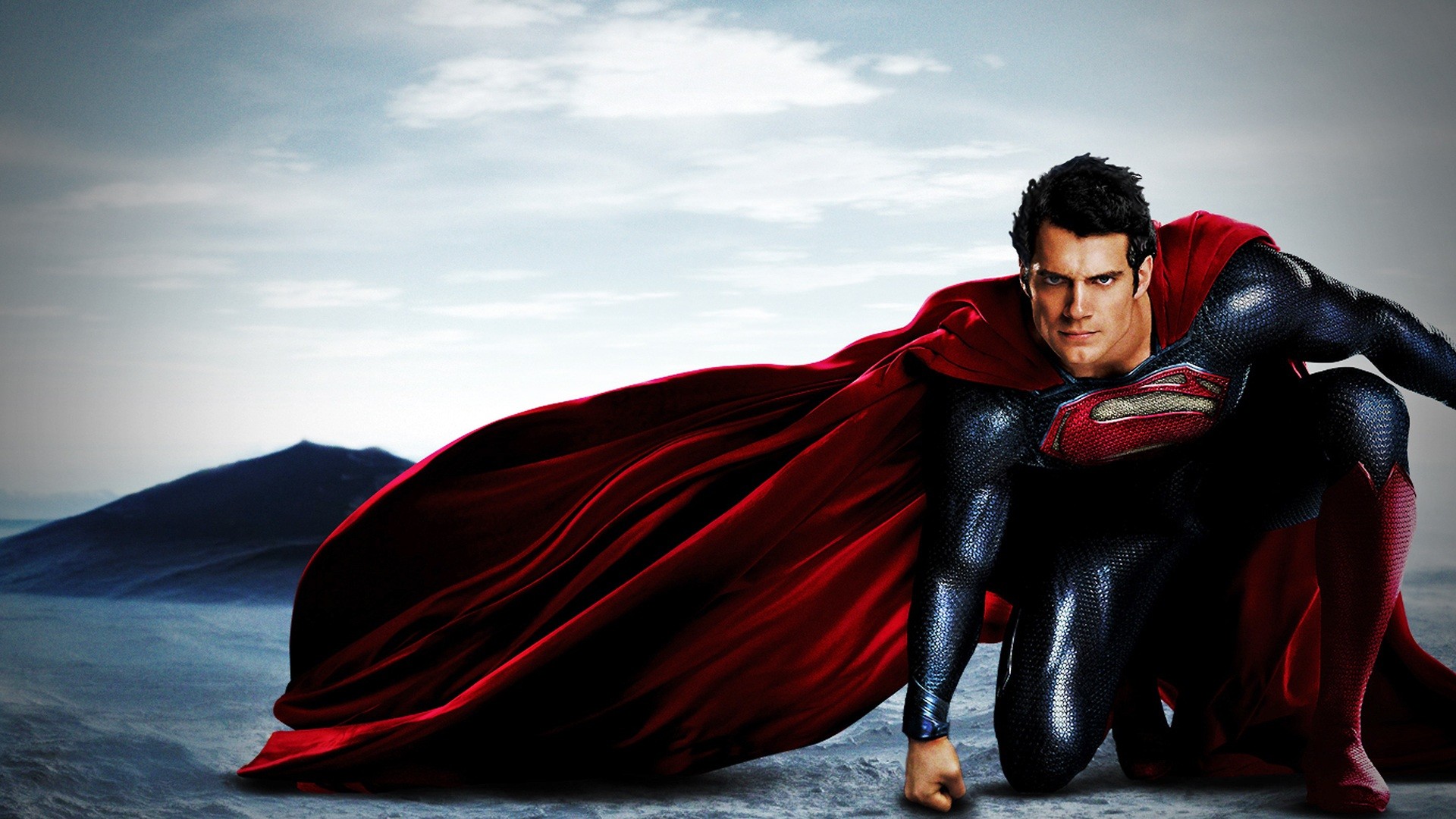 During an interview with the Popcorn Talk Network “Death of Superman Lives” documentary director John Schnepp shared a rumor about the WB/DC chosen director for a planned Man of Steel 2… and it is** Mad Max Fury Road mastermind George Miller!**
“I don’t feel weird about breaking it. Obviously, Zack Snyder is doing ‘Justice League’ one and two. We’ve already got James Wan doing ‘Aquaman’… I think Miller is a perfect choice to do ‘Man of Steel 2.’ He’s going to bring so much to it.”
It makes a lot of sense, since Miller has show he can still turn in a great movie with this years Fury Road and he was developing his own Justice League: Mortal movie in 2007, which got stopped during the first few weeks of ongoing production (the cast, costumes and sets were already finished).
As one of the people who genuinely loved Man of Steel, I think he is a great choice. He has a similar eye for visuals as Zack Snyder, but is also an established script writer, who has been a fan of DC characters since his childhood. I doubt you can find someone more qualified for DC movies than him. 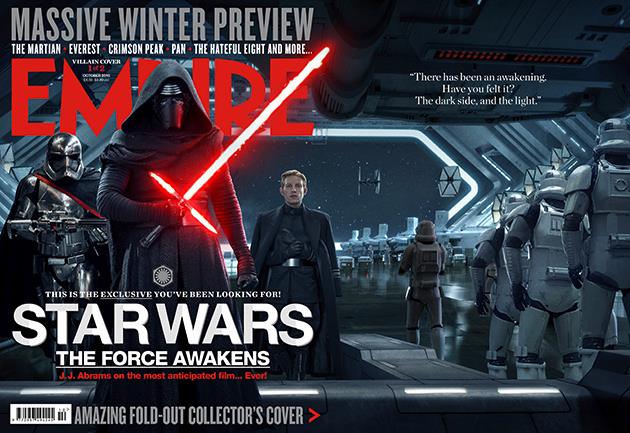 Empire Magazine has unveiled a cover for their winter preview issue and it gives us a first look at the First Order, who seem like a remnant of the empire from the original trilogy: Gwendoline Christie’s Captain Phasma, Adam Driver’s Kylo Ren and Domhnall Gleeson’s General Hux.
Episode 7 is set 30 years after the events of Return of the Jedi and comes into out theatres December 18th.

Fox released a new trailer for season 2 of Gotham which is very “Jerome” (read: Joker) centric. Check it out above.
You can already see that season 2 will focus much more on the villains actually doing something, but thats not all.
Gordon himself, Jim McKenzie, has offered his thoughts about mistakes they made in season 1 and how they wanna improve on that.
“I think we made a mistake relatively early on in trying to introduce a villain and take care of that villain in one episode: catch them, send them to Arkham, do whatever. That was just a mistake. We should’ve never done it.”
He also said that season 2 will become much more serialised and not the one and done crime stories of the first season, which I think is a good idea. 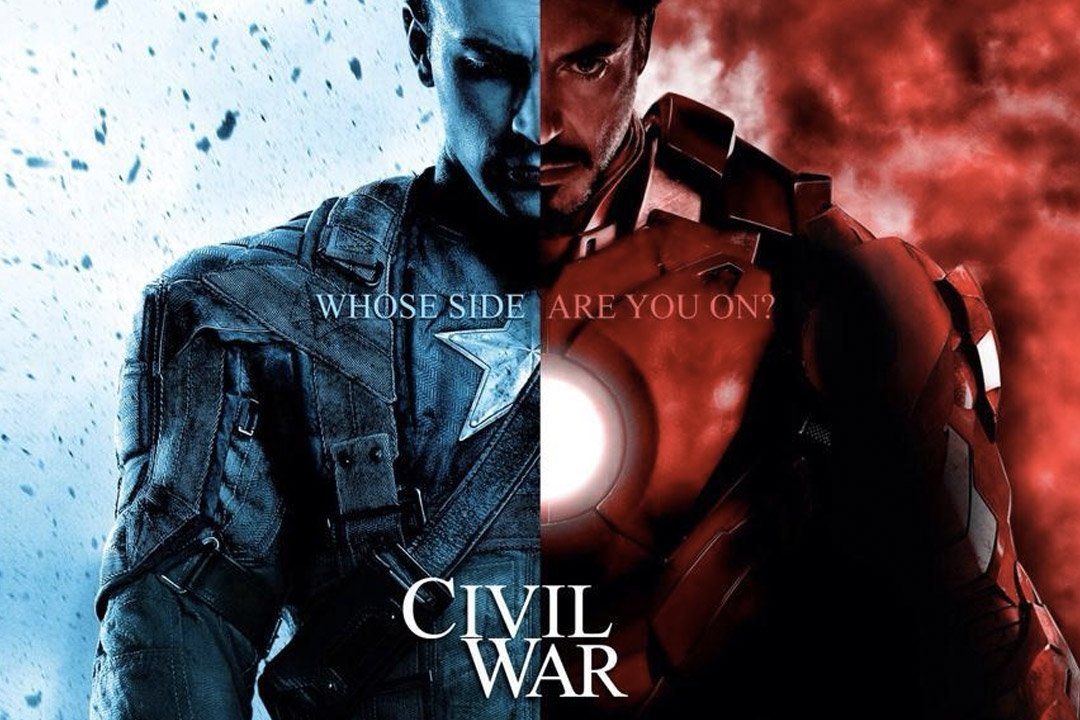 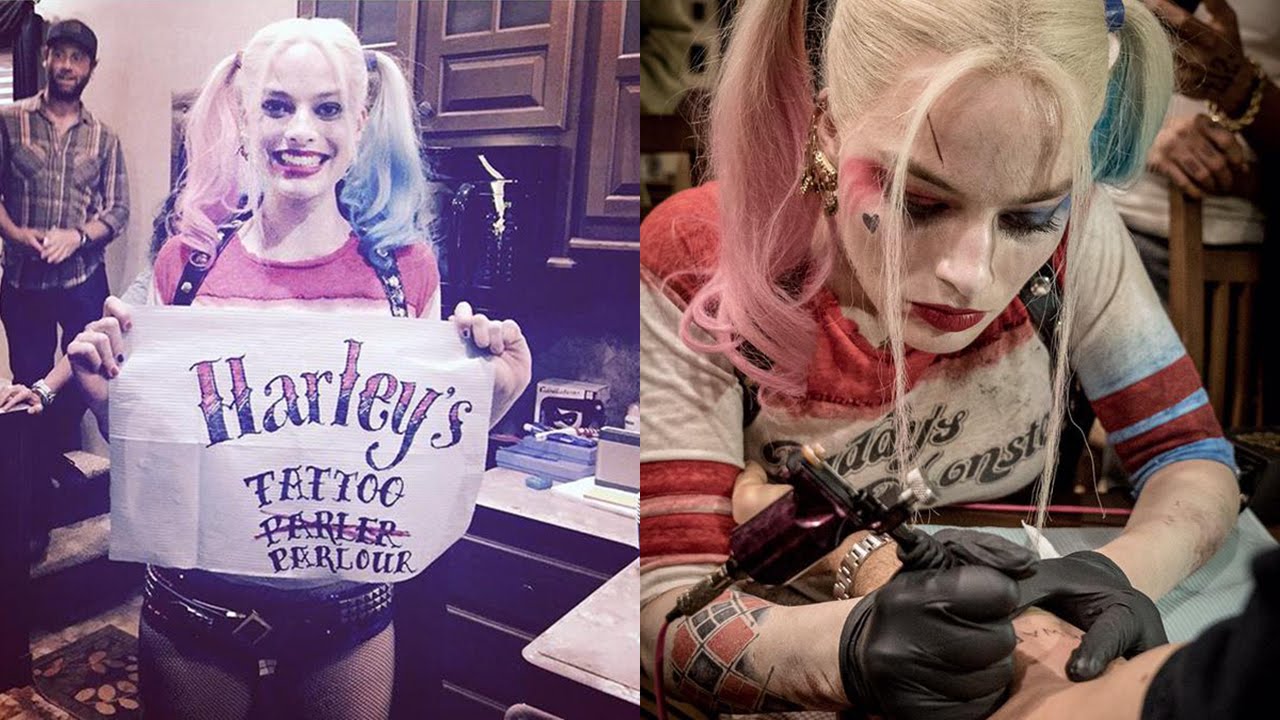 The Suicide Squad cast seems like the most tight and coolest cast of all time already, when you follow them on instagram and the like. They go to parties, to the gym together and enjoy all kinds of weird and awesome happenings, but last week they dialed that up a bit.
The crew opened up Harley Tattoo Parlour and inked up each other with the word “Skwad” to take this friendship and cameraderie a step further. Harley herself, Margot Robbie, tatted up director David Ayer (seen in the pic above), Jai Courtney and others, while Will Smith himself started working on Joel Kinnaman’s tattoo. Check it out: 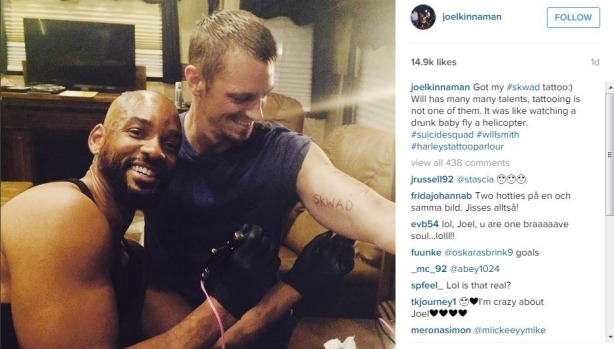 I really hope this big love and friendship between the actors will ooze from the screen when the movie hits next summer.
Actor Ike Barinholtz was also interviewed about the film and the super dark tone of the trailer and the humor of the movie, which director Ayer alluded to in another interview, when he said people are gonna be surprised how funny the movie will be. It is still unclear which part he plays, but I think I ahve spotted him in the trailer as the main prison guard at Belle Reve prison.
“The trailer is very serious, but David Ayer is a psychopath. As as much as he loves the dark and exploring the disturbed side of society, it’s not like you’re telling jokes, but if you can just kind of in the moment try to play things a little honestly and react to these giant, huge superhero things that are happening, funny stuff can kind of happen and there can be laughs from it,” said Barinholtz. “With that said, who knows; when the cut the movie it might be very serious. But Will Smith is a very funny guy, Jai Courtney is actually a very funny guy, Margot Robbie is actually funny, so I think there is going to be some moments in that that actually make people laugh.”
So, yeah. I am about as hyped about this movie as I could be and it is probably the thing I am most looking forward to at the moment. I have a very good feeling about this one, guys.