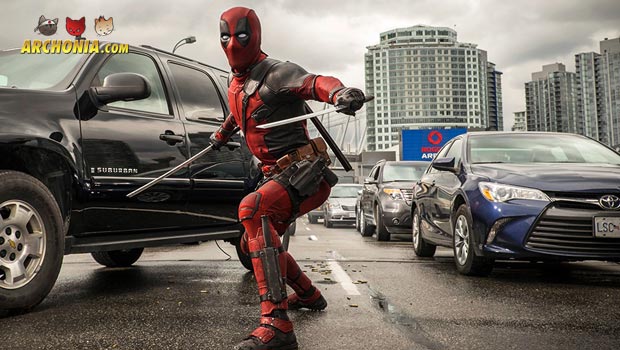 Like he promised during his 12 days of Deadpool, the merc with the mouth gifted us with a new trailer of his upcoming February movie right on Christmas! You can enjoy the trailer above.
It looks like a great film for fans of Deadpool himself, but somehow still doesn’t really grab me yet (the love story seems shoehorned in and not true to the character to me and most of the jokes don’t really work IMO). To be fair, I had the same happening with Force Awakens and then ended up loving it, so I hope this will be the same for me. Are you guys ready for Deadpool?

Batman v Superman PR is ramping up to full force now, with tickets already being sold (at least in Germany, where I live) and the first few TV spots coming out. The newest one you can check out above.
Heroic Hollywood also had a scoop last week, about how Batman v Superman might lead into Justice League, which will follow the Wonder Woman movie in 2017. According to their sources director Zack Snyder will use an old trick of his, to bridge BvS with Justice League and it’s by using a montage of awesome superheroic moments of the Justice Leaguers during the end credits of BvS, like he did at the opening credits of Watchmen. Just in case you haven’t seen the most underrated superhero movie of all time yet, or don’t remember the scene, you can check it out here:

I doubt he will use an iconic song for this, but the general idea is the same (it will probably be accompanied by an awesome Hans Zimmer score). Overall a really cool idea, which will let us leave the theatre with a sense of excitement of what is going to follow and a good way to not ape Marvel with their after credit scenes.
Yeah… I probably annoy people with my giant excitement for this film, but I just can’t stop. I hope some of you are excited as well.
Batman v Superman: Dawn Of Justice gets released in theaters on March 25th, 2016. Justice League: Part One will be released in theaters on November 17, 2017. Yeay. 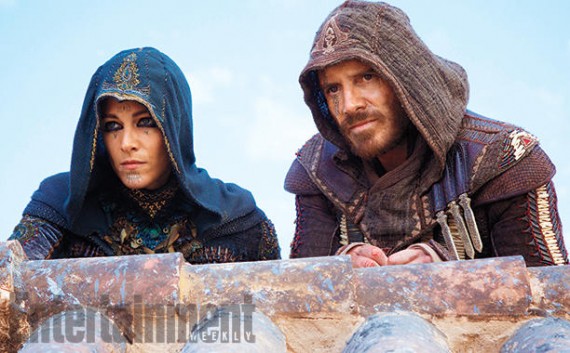 Entertainment Weekly has the first still of the upcoming Assassin’s Creed movie, featuring Michael Fassbender. The still shows the actor in costume as his assassin character Callum Lynch alongside co-star Ariane Labed. He also revealed in an interview that he never played the games before taking on the role but remedied that fact just recently “to get an idea of the physicality of the character. A lot of the stuff in the game is Parkour.It’s about getting in close to the target–close quarters fighting.”

After a spectacular mid season finale of its season 4, Arrow will return soon and give us all the answer we have been craving on January 20th! Is Felicity gonna die or is it just a red herring to confuse us? We’ll know for sure, pretty soon. I hope. 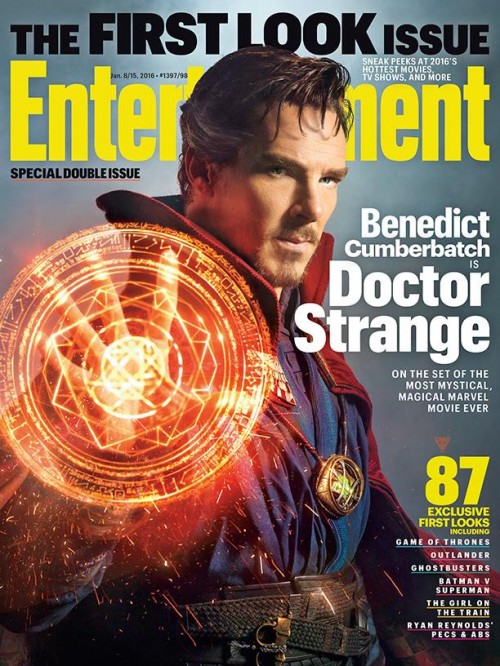 Entertainment Weekly just revealed the first image of Benedict Cumberbatch as Doctor Stephen Strange! Check out the cover reveal above! The issue will feature a lot of info about the upcoming Marvel Studios movie and a set visit.
His look is very close to the comic book, which still remains to be seen if it actually works in motion. He even wears the eye of agamoto.
The actor talked a bit about the process of playing Doctor Strange in the 2016 Marvel movie to the magazine.
“I’ve got to keep throwing these poses, these spells, these rune-casting things, everything he does physically. I’m thinking, there’s going to be a huge amount of speculation and intrigue over the positioning of that finger as opposed to it being there, or there. I felt really self-conscious. But, then, by the end, it was great. It’s like anything, you just have to experiment. There’s going to be crazy s— going on.”