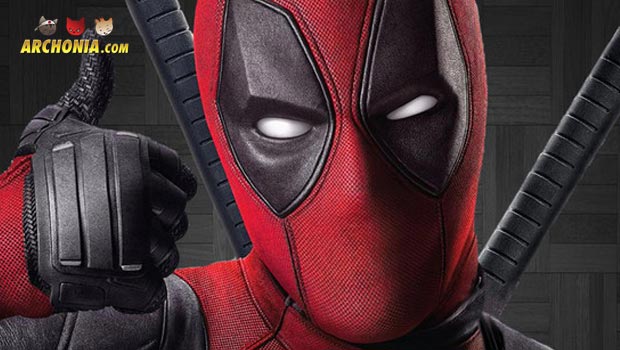 Based on the IDW comic book, the TV series Wynonna Earp will make her series premiere on April 1st on SyFy.
Wynonna, created by Beau Smith, is a descendant of the famous lawman Wyatt Earp and battles such supernatural threats as Bobo Del Rey and his redneck, trailer-trash vampires! Check out the trailer of the show above or get the comic here.

Captain Phasma Will Return/Rogue One Rumors 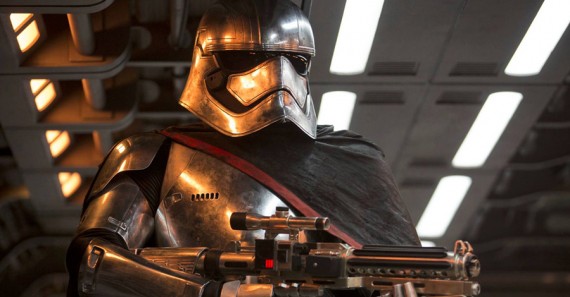 While speaking with People Magazine, Gwendoline Chrstie was asked about her Star Wars character Captain Phasma and her fate after the destruction of Starkiller Base.

“I will be in the next Star Wars movie. I think that’s an exclusive, actually.”

Star Wars Episode VIII started shooting this January, so it makes sense for her to know the immediate future of her character. Are you excited to see her back, in hopefully a somewhat bigger capacity?

Also, rumors for Rogue One, the next Star Wars film, have made the rounds on the internet. Apparently not only Darth Vader will have an appearance in the movie, but Boba Fett as well. That has been potentially leaked by a product picture of a Lego toy at Toy Fair last weekend, which shows the cockpit of a spaceship, that looks very much like Fett’s Slave One ship, with the title Rogue One underneath it.
I am not sure how I feel about that yet, since I am actually way more excited to go further into the future of the Star Wars universe than back into a timeline we already know so much about, but we’ll see how it will turn out.
The next Star Wars movie to release is the anthology prequel film which opens December 16 2016. Star Wars Episode VIII will debut the following year, on December 15 2017.

The Walking Dead returns very soon from it’s midseason break. Check out the trailer above! Actress Lauren Cohen, who plays Maggie on the show, was recently interviewed about the show on “Inside The Actors Studio” and talked a bit about her experience of making the show and how the dark and horrible events she has to act out sometimes, almost made her quit the show once.
“The script where Maggie has to give the character Laurie a C-section to save the baby that becomes baby Judith. We all live in the same apartment building — we’re ridiculously incestuous in this cast — so I go two doors down and I knock on Steven [Glenn]‘s door and I said, ‘I have to leave the show. I don’t think I can do it.’ It affects you so deeply to the core to dive into so much of this material, and that’s when I realized that’s why I have to do it, because the outcome of that — as heinous and as sleeplessly that affected me, and I’m sure that affected people who watched it — we watch to feel and to hopefully, honestly portray something.
Bad stuff happens, and what’s the point in not getting real about it. Ironically enough, as hot as this is, the deeper you go into it, you just have to let all that resistance go and then it’s easier.”

An interesting look into the mind of an actor on a show as hardcore as this, in my opinion. The Walking Dead is based on the Image comic series, so if you haven’t checked the original out, you can do that here!

Check out the newest clip from the Deadpool movie… WHICH WILL HIT THEATRES NEXT WEEK!
It’s a great and fun little scene that makes me only more excited for the film and it’s only the first shot in the biggest year of superhero movies yet!
Director TJ Miller (who plays a bad guy in the film) even confirmed last week that a heavy duty, more blood and everything directors cut will be heading our way when the film hits blu ray later this year!
“It’s the idea that, when you see the full director’s cut of [Deadpool], that’s going to be even more raw. That’s pretty heavy duty.”
Sounds exciting!

Check out the latest BvS spot above, which really shows how wrong the Ben Affleck haters really are. He is terrific in this short scene, just as I hope he will be in the movie. According to analysts at Variety the movie looks to be on track for a pretty great opening weekend in the US and around the world:
“Among the slew of comic book films set for release in 2016, including new Captain America and X-Men adaptations, early social and digital tracking places “Suicide Squad” and Batman v Superman 500% stronger than competitors based on standing at the same point pre-release. Batman v Superman is currently the #1 film by volume, followed by Suicide Squad and Deadpool.”
That will probably change when Marvel shows the first footage of Spider-man in Civil War though. Still, I am happy to see that the movie seems to be on the right track.
If you wanna check out our cool BvS merch click here!

Thanks to My Entertainment World, we now have an inkling about when Wolverine 3 will start shooting and where. The film will reportedly begin production on April 25 with shooting locations in both New Orleans and more interestingly New Mexico, which hints at them maybe adapting the “Old Man Logan” story from the comic of the same name. Set to star Hugh Jackman as the title character, and pairing him with Patrick Stewart’s Charles Xavier, who will probably fill the Hawkeye role of the comic’s story, Wolverine 3 will be directed by James Mangold, who also directed The Wolverine. The film is expected to start it’s theatre run on March 3rd 2017.

While talking with Digital Spy, X-Men Apocalypse director Bryan Singer was asked about Logan featuring into the upcoming x-film this year.

“I can’t talk about that”

Kinda seems like an almost confirmation to me. X-Men producer Simon Kinberg talked a bit about the prospect of more Wolverine in the x-films and about the question about recasting Jackman:

“I do think you would want to figure out how to tell more Wolverine stories. So either we would try to entice Hugh to come back and eat more chicken and work out for a few months, or we would have to figure out a creative way to move forward. Honestly, I can’t imagine anybody else playing the part, and there’s not too many characters I can say that for.”