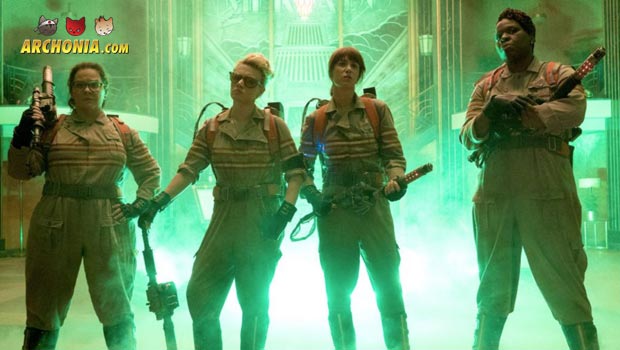 Trailer for the Ghostbusters Reboot

Th Ghostbusters return, directed by Paul Feig comes a fresh take to the franchise, joined by Melissa McCarthy, Kristen Wiig, Kate McKinnon, Leslie Jones, and Chris Hemsworth. Even if the trailer makes it look like that, the new film has nothing to do with the original Ghostbusters and is set in a new continuity, which has been confirmed multiple times by Paul feig himself. Check out the trailer above!
I have to admit that I really liked a lot of the jokes in the trailer, but as someone who’s first film was the original Ghostbusters, it’s very hard to see the iconic logos and designs, hear that music and not see Egon, Ray, Peter and Winston. That is actually my main/only problem with this. If the girls would be the daughters of the original Busters, or strangers who took over the business 30 years later, I would have no problem at all, but making it that these are the original Ghostbusters and that the crew I loved never existed in that movie’s world, kind breaks my heart. Looks funny as hell tho, so I will definitely check it out. What are your guys thoughts?

A few days ago Joseph Gordon Levitt took to twitter and facebook to confirm that he has left the DC Comics/Vertigo film adaptation of Neil Gaiman’s the Sandman:

“RE: SANDMAN
So, as you might know if you like to follow these sorts of things, a while back, David Goyer and I made a producing deal with Warner Brothers to develop a movie adaptation of Neil Gaiman’s SANDMAN. Neil himself came on as an executive producer, we hired the excellent screenwriter, Jack Thorne, and we started in on the ambitious task of adapting one of the most beloved and boundary-pushing titles in the world of comics. I was pleased with the progress we were making, even though we still had quite a ways to go.
Recently, as you also might know if you like to follow these sorts of things, the sorta “ownership” (for lack of a better term) of the Sandman material changed hands when Warner Brothers shifted the entire catalogue of Vertigo comics (an imprint of DC) to their subsidiary, New Line. And a few months ago, I came to realize that the folks at New Line and I just don’t see eye to eye on what makes Sandman special, and what a film adaptation could/should be. So unfortunately, I decided to remove myself from the project. I wish nothing but the best for the team moving forward.
I’d like to thank all the great people I’ve had the opportunity to work with on this one. I’ve had a blast with and learned a ton from David and Jack. Niija Kuykendall, Greg Silverman, and everyone at Warner Brothers have been fantastic, as have Geoff Johns and everyone at DC. And it’s been a particular privilege as well as a rocking good time getting to know Mr. Gaiman, whose generous insights and masterful work have certainly convinced me that the Lord of Dreams and the Prince of Stories are one and the same Endless pattern.”

As a big Vertigo and Sandman fan this is a unfortunate turn of events, as I really thought JGL (who would have directed and played the main role, allegedly) would have been the right guy for the job. His Hit Record stuff (which he does with the company of the same name) has shown a lot of indy and creative spirit, so I am sure his version would have been amazing. We’ll see how the film project will continue, but I kinda think this movie will land in development hell for a while, since it truly is almost impossible to translate into film.

Darth Maul has been, at least visually, the standout character addition of the Star Wars prequels. Story wise he barely is in more than 10 minutes of Episode I though, so for all you fans clamoring for something more meaty on the awesome looking Sith lord, check out this expertly made fan film above, called Darth Maul: Apprentice, which shows Maul’s final mission before earning the title of Darth from his master. Great action and effects, plus jedi characters who already have more character in a few moments than a lot of the nameless jedi in the prequels.

BvS is only a few weeks away, so of course WB/DC is ramping up the marketing for it! I have LOVED every single second of everything I have seen, so of course I will share the hype with you! Here! Have some hype! Check out the newest spot above and prepare yourself further, for BvS!
On related news, the recently announced Batman v Superman Ultimate Cut on DVD/Blu Ray that’s going to be rated R will NOT feature more blood or gore, as director Zack Snyder explained last week. The ultimate cut will feature some expanded scenes with side characters and might show intense scenes for a while longer or from a different angle, which earned it it’s R rating. I think having a longer, maybe more intense cut on blu ray as an additional choice on how to watch BvS is a great thing.

Sylvester Stallone In Guardians of the Galaxy? 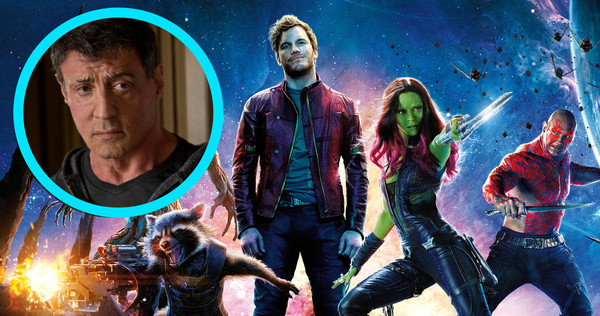 After casting announcements for Guardians of the Galaxy vol.2 have been coming in hot and heavy last week, like Kurt Russell as Star Lord’s father. Director James Gunn promised “we’ll have more surprises for you in the coming months” and we might have a lead on what that could be.
New York Daily News reports that Stallone, who sadly did not get the Oscar for his role as Rocky Balboa in Creed, was seen in the same Atlanta hotel where Chris Pratt currently stays and even took the same car that takes Chris Pratt to the Guardians of the Galaxy set. While this is, of course, not a total confirmation, it would be a pretty big coincidence for Sly to not only stay at the same hotel, but to be driven by the exact same car and driver that takes Pratt to the set.
As to who he will end up playing… your guess is as good as mine. Anyway, Stallone returning to the comic book movie world is a good thing, in my opinion, but maybe that’s just the giant Stallone fan in me talking. 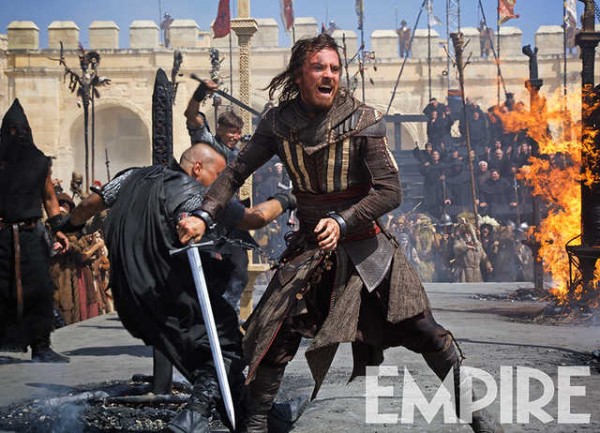 In a big show of confidence20th Century Fox and Ubisoft already announced that they will move forward with a sequel to this years Assassin’s Creed movie. Star Michael Fassbender is also back for the second film.
The film will be set in the same universe as the videogames, but is not a direct adaptation of a previous story. Here is the official synopsis:
“Through a revolutionary technology that unlocks his genetic memories, Callum Lynch (Michael Fassbender) experiences the adventures of his ancestor, Aguilar, in 15th Century Spain. Callum discovers he is descended from a mysterious secret society, the Assassins, and amasses incredible knowledge and skills to take on the oppressive and powerful Templar organization in the present day.”
The film is scheduled for release on Dec. 21. 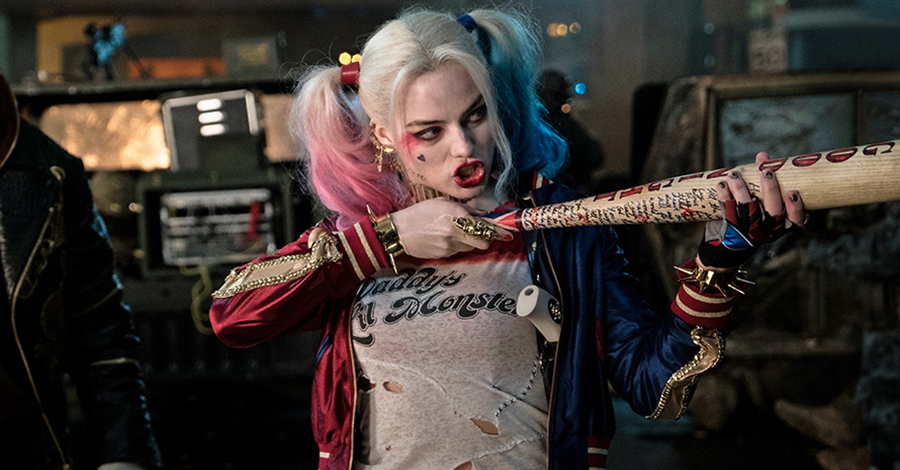 Harley Quinn debuted in the 90s Batman Animated series on TV, before making her way into the comics! Her first big screen appearance will come later this year, in DC’s Suicide Squad film on August 4th, played by talented actress and all out stunner Margot Robbie. Some of fans maligned, however, that she has a somewhat new look in the film (which isn’t entirely new, since it is based on her look in the Arkham videogame franchise) and won’t wear her classic BTAS jester outfit (which would probably look horrible in live action). Now Robbie talked about that with Hello Giggles and revealed that she and the costume department of the film even tried going for the classic look:

“Oh, we tried on every variation of the costume. I cannot emphasis enough how many outfits, and how many variations of the Harley Quinn costume we tried. We tried the court jester costume, we tried the corset and skirt, we tried leather pants, we tried literally every type of costume possible for her. I really love where we ended up. And who knows, maybe in the sequels we’ll go with the court jester one. I think there’s a world of possibilities.”

Tbh, I LOVE the movie look and think its my favorite look for Harley so far… but maybe that has a lot to do with how well Robbie pulls it off. CAN’T WAIT FOR AUGUST!