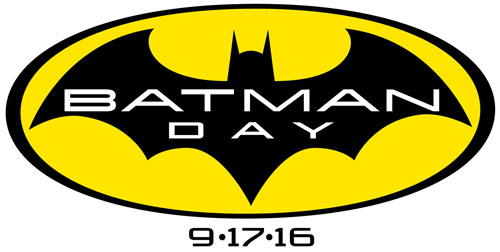 DC Entertainment will join millions of fans in celebration of the pop culture phenomenon as Saturday, September 17 is officially announced as Batman Day 2016.

Celebrating Batman's endearing legacy with generations of fans, DC Entertainment will once again fete the iconic legend with numerous festivities.

The annual fan-favorite event, now in its third year, was first introduced to honor the iconic character's 75th anniversary. Continuing the Batman Day tradition, DC Entertainment will present Bat-centric promotions, fan giveaways and more, all to honor the character that has become a Super Hero to many generations and continues to inspire fans across the globe.

Stay tuned for more news and how we'll honor the Batman in our online shop www.archonia.com!