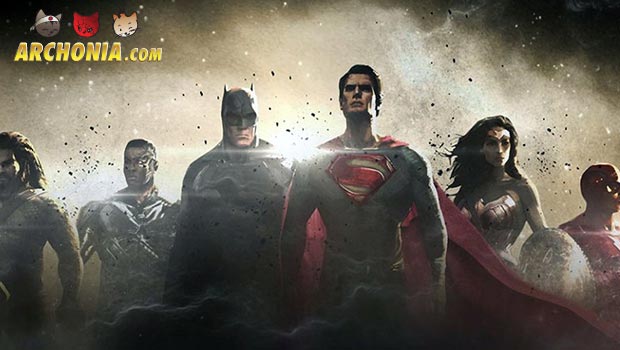 Last week brought us a TON of Justice League news and some very cool Marvel stuff! Check it out!

As predicted last week, WB/DC Comic unleashed a whole barrage of news regarding their currently filming Justice League movie Tusday last week, when a lot of bloggers and online film critics were allowed to share their experiences from the set visit the week before. WB had invited a lot of the most outspoken anti BvS critics to London to show them what is happening with the team film. A bold move which definitely paid off for the fans, who were treated with a lot of great news!
Above you can check out the recap video Collider did on the whole thing, but let me mention the best bits here.

There is a lot more to discover about the set visit on Collider, so check that out for more in depth stuff about JL. I am already hyped and cannot wait for 2017! 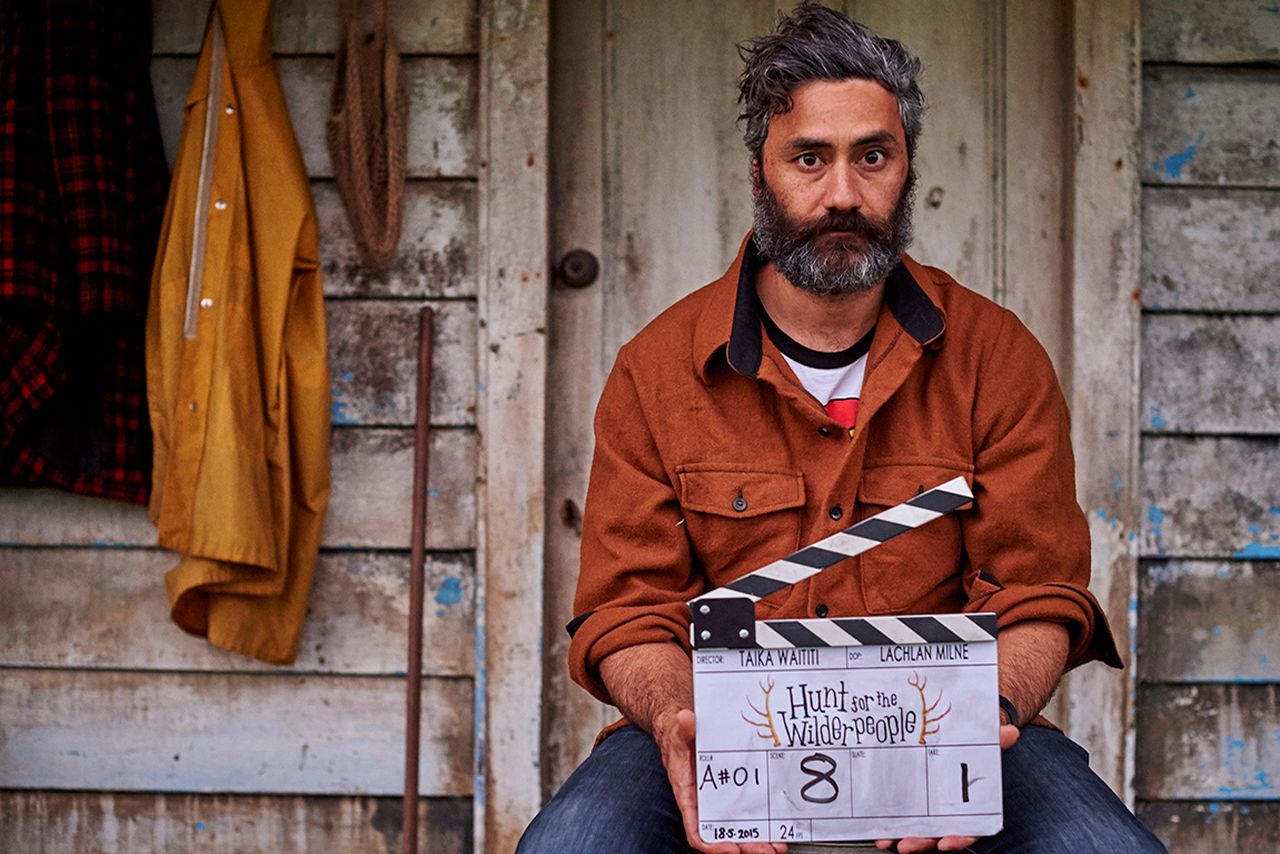 While making the rounds for his current film "Hunt for the Wilderpeople", film maker Taika Waititi talked a bit to the Verge about his upcoming film Thor Ragnarok and the fact that he as a comedy director (Flight of the Conchords, What We Do In The Shadows) is a pretty unusual choice for that film and how Marvel is treating him so far.

"It hasn't been that different. So far it's been good! I've been more organized, which is saying something, for a guy like me to be organized. I'm surrounded by really intelligent, amazing people. I've got access to great minds and great resources. So I'm at a real advantage. In terms of the studio thing, these people don't act like a studio. They're cool, smart storytellers. I've been enjoying hanging out with them. And I've made commercials, so I've worked with the worst people in the world. Nothing could be more restrictive than working with people in advertising."

On if Thor will feel like a Taika Waititi film:

"Yes, it will. Until it doesn't. [Laughs] I don't know, I can only hope. I've got to bring as much of myself as I can to this, and then see how it goes. You obviously need people overseeing the bigger picture, the next five movies or whatever. Otherwise we'd all be left to our own devices, and God knows what would happen." 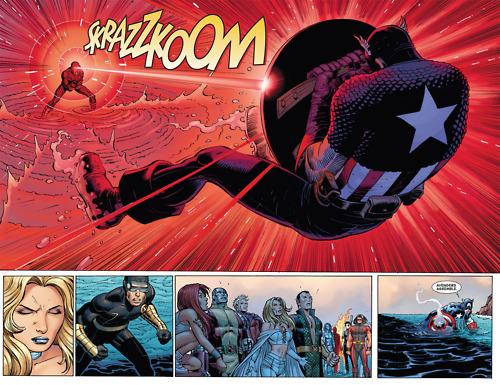 Yup. It MIGHT be in early stages of development,
according to Matt Key, producer of Kevin Smith's Fatman on Batman podcast. He talked a bit about hearing rumblings while he was a guest on Collider Heroes.

"I've heard from a few of my sources, my little birds that Fox and Marvel have... kind of talked, but not really, but like there's interest from Fox, like, 'Ooh, y'know, what they did with Sony and Spider-Man is actually pretty cool, like, maybe...' We're years away from that ever possibly happening... but I think that's what it would take... Fox joining hands with Marvel..."

Fox is still holding the rights to the X-Men and Fantastic Four franchise, which Marvel sold off to them in the 90s to combat bankruptcy (Yupp. Unbelievable by todays standarts) and makes their X-films without any input from Marvel or Marvel Studios. So far the relationship between both sides has been reported to be icy, if not outright hostile... but money makes the world go around and now Fox might want some of that MCU pie for themselves. While Deadpool was hugely successful for a small movie like that, X-Men Apocalypse stayed behind expectation this year, so of course Fox would like that financial boost after Wolverine teams up with the Avengers. I am just not sure why Marvel would be interested in doing that for a rival Studio, but we don't even know if this rumor will ever pan out. 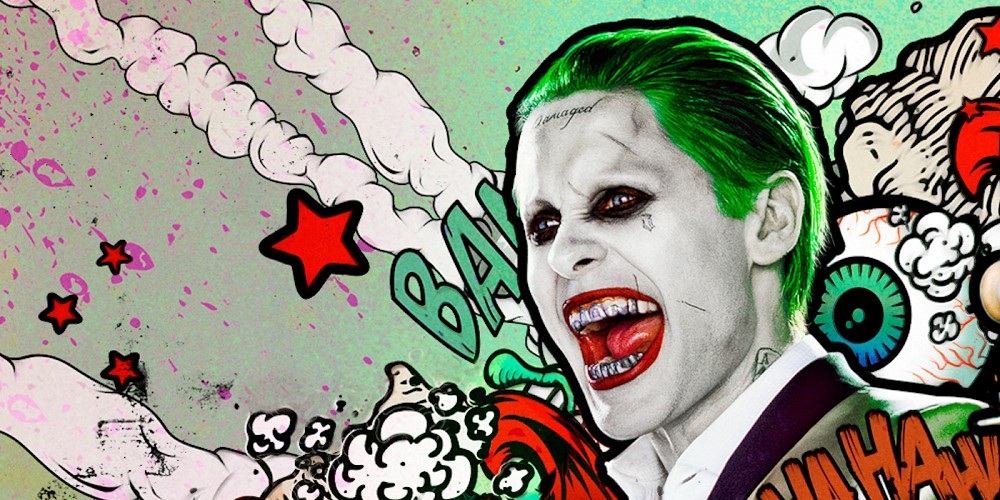 Jared Leto, the upcoming Joker for Suicide Squad, gave a new interview to Deadline and talked a bit about the upcoming DC film!

"You can anticipate a lot of chaos and a hell of a lot of fun. And, I think, something completely different than other movies in the genre."

Deadline also asked him how it felt getting into the shoes of such an iconic character.

"Aww, it was a role of a lifetime. Really, it was an incredible honor to be asked to play the part. Look, there have been so many incredible performances of the Joker over the years. Then there’s the wonderful artists that have drawn this character and the writers that have written the Joker for 75 years and more through television and film and animated projects. I found it a real honor to be asked to continue the tradition. I’m so grateful that I had the chance, that’s my honest answer and my thoughts on it." 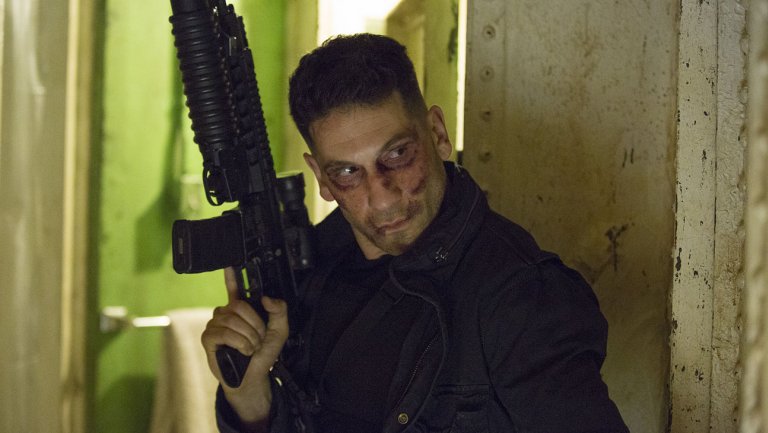 Jon Bernthal's portrayal of Frank Castle was one of the highlights of Daredevil season 2! The actor will also soon headline his own solo series on Netflix as the Punisher and Awards Daily talked a bit to him about that and the character.

"I wasn’t desperately trying to get into the comic book world. [laughs] For me, it’s about the human being. He has no superpower. His superpower is his humanity. It’s his drive, his rage, and his loss. I could never have played this part if I weren’t a husband or father. Until you really understand what it’s like to love somebody more than yourself and to willingly give your life for them, only then can you understand what it would mean if they were taken from you."

On differences between his characters fighting style to the other Netflix Marvel heroes, like Daredevil, Luke Cage etc.

"I think when you’re talking about characters like these, the way they fight, what’s motivating the fight is very important. Beating someone up to drag them into jail is different than someone who is exercising his rage on people. The Frank Castle you find in this story is not The Punisher. He’s reeling from the loss of his family. He’s driven by rage and is on a singular mission to find these people who took his family from him, and do it as brutally as possible."

And finally on his favorite scene in season 2 of Daredevil.

"A big part of this guy is a guy searching for himself. He’s got pain, regret and remorse. There’s the graveyard scene where he opens up. He delivers this scene where he explains what it’s like to come home and see his daughter. It was such a gift from John C. Kelley. I had been away from my kids for three months, and I was at the crux of my own torture, going through that....He’s in an unbelievably amount of pain. That speech was the anchor of the season for me."