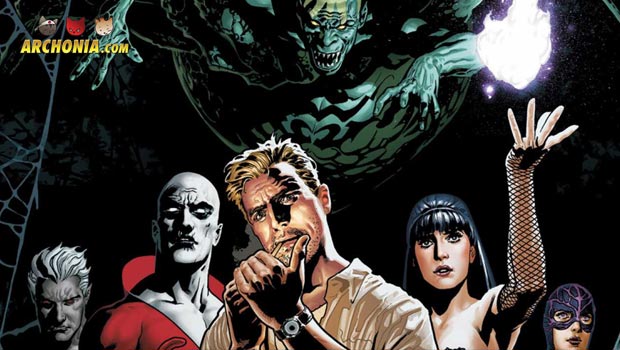 This week brings us more awesome geek news, but not everything will be comic related! Check out what Kevin Feige has to say about the MCU's future, what Alfred says about the Batman solo film and get a first look at the Thor costume from Thor Ragnarok!

While not a comic book adaptation, Life seems like an undeniably geeky movie. The film tells the story of a crew from the International Space Station making their way towards Mars in search of signs of extraterrestrial life. Check out the trailer above to see a small tease how that seems to work out for them.
It features Jake Gyllenhaal and Ryan Reynolds, among others and looks like a pretty cool sci-fi film I can't wait to check out!

WB and DC Comics released another trailer for the upcoming Suicide Squad Extended Cut, which is slated to arrive on US iTunes on November 15th.
We get some glimpses of more pre Harley Harleen Quinzel and Joker: for one in Arkham and also in a chase scene where Harley takes over Joker's car with a stolen motorcycle and then threatens him with a gun.
I really hope those won't be the only new Joker scenes, as the lack of Jared Leto's brilliant performance was my main problem of the movie. We'll find out soon how much more Joker we are gonna get with the Extended Cut. Can't wait.

Standing with those who are fighting to protect their sacred land and water. #nodapl #waterislife #mniwiconi @taikawaititi I would also like to take this opportunity to raise something that has been bothering me for sometime. Last New Year's Eve I was at a "Lone Ranger" themed party where some of us, myself included, wore the traditional dress of First Nations people. I was stupidly unaware of the offence this may have caused and the sensitivity around this issue. I sincerely and unreservedly apologise to all First Nations people for this thoughtless action. I now appreciate that there is a great need for a deeper understanding of the complex and extensive issues facing indigenous communities. I hope that in highlighting my own ignorance I can help in some small way.

Chris Hemsworth, the MCU's Thor, shared a new picture of himself and Thor Ragnarok Taika Waititi supporting those who stand against the Dakota access pipeline, which is a very worthy cause.
But by doing that politically very righteous thing he also revealed a first look at the new Thor costume from Thor Ragnarok, which looks very cool and very Thor.
Ragnarok is easily my most anticipated MCU film right now, as Thor is still my favorite character in that universe. Also: teaming up with Hulk can't hurt. 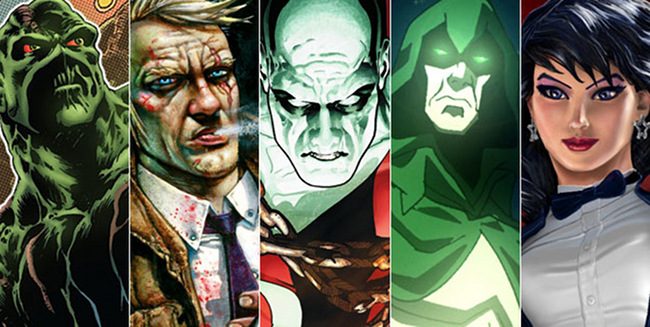 Doug Liman, director of Edge of Tomorrow and the first Jason Bourne movie, has been chosen by WB and DC Comics to spearhead their Justice Leage Dark/Dark Universe movie, which will showcase a JL like team made up of DC's biggest horror/magic characters like John Constantine, Zatanna, Deadman, Swamp Thing and more!
He recently talked a bit to IGN about doing this very different movie and had this to say:

"Yeah, I mean first of all, I love those characters, and I love Warner Bros., and I love [producer] Scott Rudin, and it’s -- and you know, I get asked to come in and do things that are “unconventional.” If people want conventional, they don’t come to me. It’s why doing Invisible was like right up my alley -- because how can you be conventional when there aren’t even conventions that exist? And so you know when Warner Bros. wants to sort of turn the comic book genre on its head, they call me."

Sure sounds cocky, but I like that. We'll see if he can back up all of that, but I am excited to find out. Constantine in particular is one of my favorite characters of all time, so I am happy to see him headline another big movie. 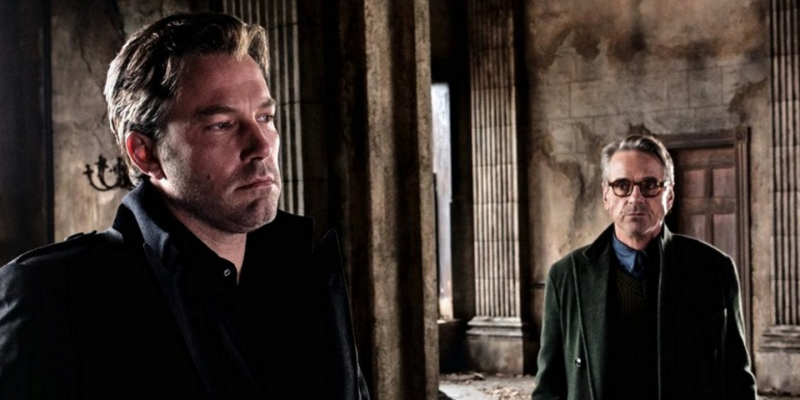 Jeremy Irons, our current movie Alfred, talked to Variety about his still ongoing role in the DC Extended Universe. The magazine asked him about the size of his role in Justice League, compared to BvS.

"Similar, but then, of course, Ben’s going to make a Batman film next summer. He promises me there’s going to be a bit more of Alfred in that. In the Justice League we have seven major lead characters and I’m the butler to one of them. It’s clear I will not be dominating that film."

This seem to confirm Joe Mangianello's comments about starting on the Batman movie Spring/early Summer 2017, which tells us that the Batman solo film is a lot closer than we might think. I still have my bets on a Spring 2018 release for that.
Irons was also asked if he was angered about the critical reception to BvS, which was pretty negative among the mainstream critics. Irons instead focused on the numbers the movie has made despite the negative reviews.

"Not at all. I was very pleased by the numbers. Zack seems to get a hard time from the press, which is strange. I don’t know if it has to do with the sort of secrecy that surrounds the making of it all. But the audience liked it, which in the end is all that matters."

I agree with him, since I really loved BvS. I also enjoyed his version of Alfred quite a bit, so I am excited to see more of him side by side with Ben Affleck's Batman.

Talking to Collider, Kevin Feige revealed a little bit more about how the two next Avengers movies are going to be realised, which are going to shoot at the same time.

"Well without being super specific cameras start rolling in January and will continue rolling in some form or another through October, November. [It's] just for efficiency’s sake—but we are treating them both on a production level and a creative level as two distinct movies."

On if there will be new characters as well:

"It is primarily enough just to bring together all those characters in movies but there will be some new players."

"We know what we’d like them to be for 2020. Over the years, where we’re aiming we’ve been lucky enough that it’s usually been the same thing but we always leave ourselves the opportunity to bob and weave and adapt if we have to. But we know where we’re headed for 2020 and we have ideas and were beginning to solidify the years beyond that."

Collider also asked if there might be a future of the Captain America franchise without Steve Rogers behind the shield.

"It’s a good question and if we look back at the comic books as our inspiration and as the well from which this all springs, then the answer is 'no.' I’m not saying we’ll do it in the movie but I’ve read Captain America comics that don’t have Steve Rogers in them."