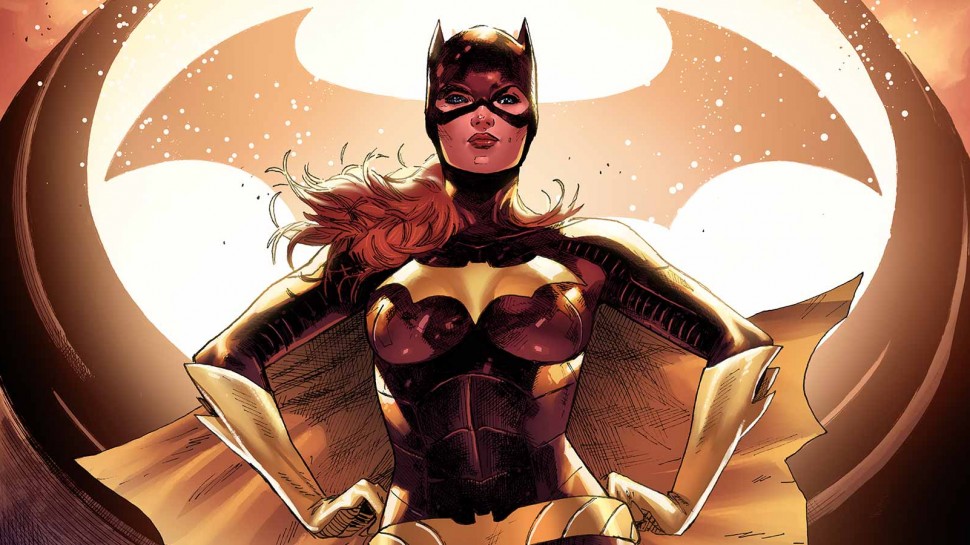 A big Geekly with news on the X-Men movie front, more Guardians of the Galaxy vol.2 stuff, Joss Whedon talking Batgirl and more! Check it all out here! 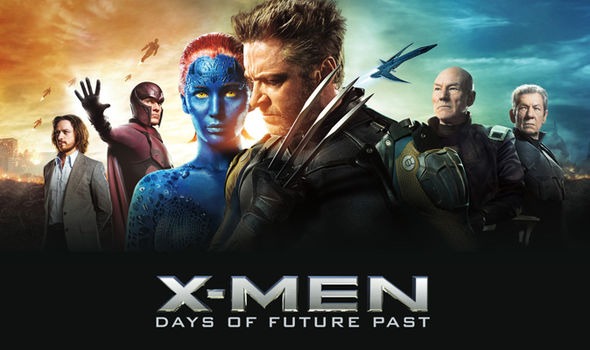 You are excited for the ever growing amount of yearly comic book based movies? Well, 2018 might really test how much time you wanna spend at the movies, with 3 MCU films (Avengers Infinity War, Ant-Man and the Wasp and Black Panther), the Sony animated Miles Morales Spider-Man movie plus the Venom spin-off, at least one DC Film (Aquaman and maaaaaybe Gotham City Sirens) and three (3!!!) Fox produced X-Men movies! That's right.
The studio confirmed last week release dates for the New Mutants movie that has already entered production (April 13th 2018), the Deadpool sequel (June 1st 2018) and the newly confirmed X-Men: Dark Phoenix (November 2nd 2018)!
It seems that Fox is really going all out after the great critical and financial receptions for both Logan and Deadpool (and an ok performance by X-Men Apocalypse). X-Men Dark Phoenix looks like another adaptation of the Dark Phoenix saga, which was kinda butchered by X-Men the Last Stand in 2006, so it makes sense for the franchise to give it another shot in the rebooted McAvoy version. Let's hope they'll nail it this time around.
Overall I am pretty excited about this one, as I was kinda bummed about maybe not getting a mainline X-movie for a while after the Deadpool sequel and the New Mutants movie had been announced.

Guardian Of The Galaxy vol.2 Is Here!

If you can't wait to see Guardians this week, we can't really blame you! The long awaited follow up to the MCU's biggest surprise hit is surely high on the list of a lot of comic fans most anticipated releases of the year! So hype yourself up even more, by listening to the awesome title track Guardians Inferno, which remixes the orchestral theme of the team with some 70s/80s tunes and David Hasselhoff!
Plus: if you were worried about the future of the MCU's most cosmic franchise, don't be, as director James Gun confirmed via his social media accounts that he will, indeed, be back to helm the third instalment in the Guardians trilogy!
He talked to Variety a lil bit about his approach for the third movie, before the premiere of vol.2.

"I think really that the three movies work together as a whole, they’re going to tell one story. This is the story of this iteration of the Guardians of the Galaxy, and we’re going to get to know the characters even better in the same way we got to know them much better in this film than the first one. I wouldn’t have said yes if I didn’t have a fairly clear idea of where we were going and what we were going to do. I’m not a guy that’s just going to do it if I don’t have a vision for it. So, I’m very excited."

If you wanna check out what great Guardians of the Galaxy comics are out there, check our list of important Guardians comics here! 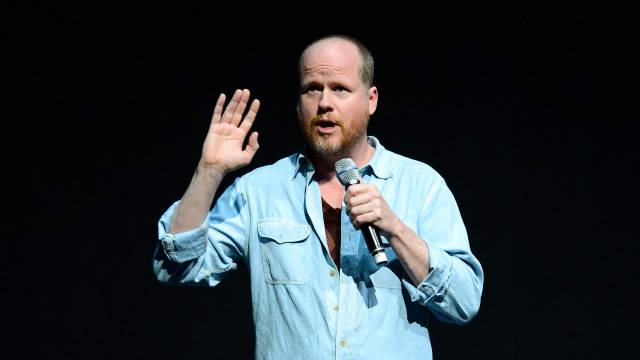 A few weeks ago it was revealed that Avengers director and Buffy/Angel/Firefly creator Joss Whedon signed on to DC Films to write and direct a Batgirl film for Warner Brothers!
Talking to the Hollywood Reporter he revealed what attracted him to the character, apart from it being a Batmovie of course.

"She came up, and I started getting obsessed with how a young woman could get hardcore enough to need to put on the cowl. Like, What’s her damage?
She didn’t have her parents killed in an alley. Who is this person, who decides — rather than being forced to by their childhood trauma — decides to pick up this life? How intense and driven that person is … I just couldn’t stop thinking about it."

In my opinion Whedon is the perfect guy to do this movie, as he has been a long established Batman fan (he pitched a Batman movie to WB in 2003, but WB went with Nolan's Batman Begins), so him finally becoming involved with a Gotham based film has me very excited. Next to that he has a long history of writing and handling female characters absolutely pitch perfect (just look at Buffy to see what I am talking about), so this couldn't fit any better.

American Gods is the new, upcoming Bryan Fuller TV series, which is based on Neil Gaiman's (Sandman, Whatever Happened To The Caped Crusader) novel of the same name. It looks to be a delicious, visual feast of epic proportions and you can check out a featurette which explains what the show is about above! 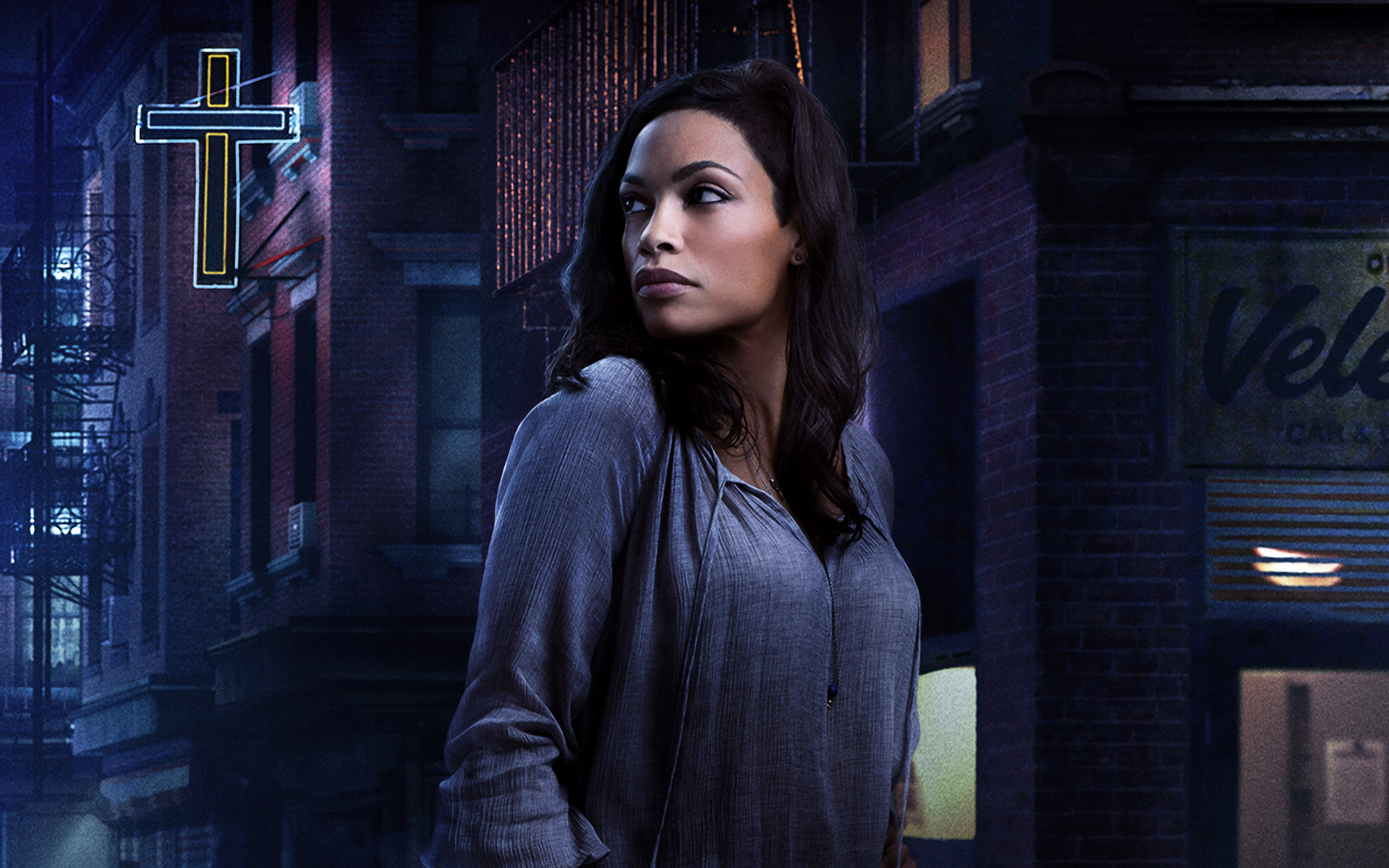 The character of Claire Temple, portrayed by actress Rosario Dawson, was introduced in the first season of Netflix' Daredevil and remained a point of connection between the following Marvel Netflix shows, by showing up in Jessica Jones, Luke Cage and Iron Fist season 1s as well. She is confirmed to make another appearance in the Netflix Marvel heroes team up series, "The Defenders" in August, but if and how she would play a part in the first season of the Punisher (to be released in fall 2017) had been unclear until recently. Speaking to Collider the actress confirmed that she will be sitting out Frank Castle's first TV season, which stirs the fires of speculation of her character maybe dying in the Defenders crossover.

"People are busy! There are so many times where I really want it to happen. I really wanted to do a cameo on The Punisher, but it doesn’t always work that way."

To be perfectly fair though, her showing up in Punisher's debut show is absolutely not needed, as I felt her appearance in Iron Fist already started to feel forced. Plus her and Punisher clearly won't see eye to eye at all, after he shot up her hospital and is all about killing, while she as a nurse is all about saving lives.