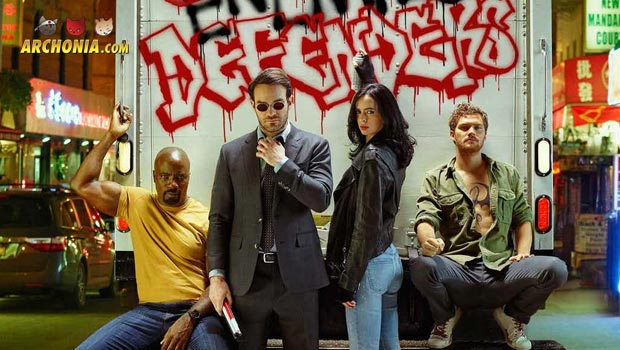 A lot of cool news for comic book fans on the big and small screens, from Marvel and DC Comics, plus Stephen King and more! Check it all out!

We got another new look at the upcoming new Spidey movie, Spider-Man Homecoming, last week! Check out the clip above, for some web slinger goodness!
Spider-Man Homecoming will be the first Spidey film that is actually set in the Marvel Cinematic Universe, where Peter will finally interact with other Marvel characters, like in the comics!
The movie is scheduled to release on July 7th!

A young Peter Parker/Spider-Man (Tom Holland), who made his sensational debut in Captain America: Civil War, begins to navigate his newfound identity as the web-slinging super hero in Spider-Man: Homecoming. Thrilled by his experience with the Avengers, Peter returns home, where he lives with his Aunt May (Marisa Tomei), under the watchful eye of his new mentor Tony Stark (Robert Downey, Jr.). Peter tries to fall back into his normal daily routine – distracted by thoughts of proving himself to be more than just your friendly neighborhood Spider-Man – but when the Vulture (Michael Keaton) emerges as a new villain, everything that Peter holds most important will be threatened.

The Wonder Woman movie is so close to release, we can almost taste it! WB/DC released a final trailer for the film recently, which you can check out above! I will refrain from watching it because I wanna remain firmly unspoilt, but as far as I've heard it apparently is not very spoiler heavy, so it should be a save watch!

Before she was Wonder Woman, she was Diana, princess of the Amazons, trained to be an unconquerable warrior. Raised on a sheltered island paradise, when an American pilot crashes on their shores and tells of a massive conflict raging in the outside world, Diana leaves her home, convinced she can stop the threat. Fighting alongside man in a war to end all wars, Diana will discover her full powers…and her true destiny.

Stephen King's IT is among the most well know horror books of all time and it melted my mind when I read it first at age 10. Now we finally get a movie version of the horrifying tale (the TV movies don't count in my book, no matter how cool Tim Curry was in the role) and director Andy Muschietti just released a new trailer for the film, which features a group of kids taking on a horrifying serial killing clown, who might not even be human at all. Check out the trailer above!

A group of young kids face their biggest fears when they seek answers to the disappearance of children in their hometown of Derry, Maine. They square off against an evil clown named Pennywise, whose history of murder and violence dates back for centuries.

2014 the MCU branched out into the street level heroes that protect New York City from very real threats like crime and corruption with the first season of Daredevil! The show was a huge hit and started the interconnected defenders universe, which would introduce the 4 main heroes DD, Jessica Jones, Luke Cage and Iron Fist in their own stand alone series first and then unite them in a mini series team up called the Defenders!
After 5 seasons to prepare us for this, the first trailer for this long awaited team up has been released! Check it out above!
As a HUGE Daredevil fan I obviously can't wait for this! Seeing Charlie Cox as Matt Murdock might be my favorite thing in TV right now and seeing him using JJ's scarf to make a mask for the Defender's hallway fight in the trailer makes me absolutely giddy with glee!

The Inhumans are coming to the small screen very soon, so check out the first teaser about Marvel's royal family above! The first two episodes will be filmed in IMAX and are going to be released in theatres around the world, while the rest of the first season will then play out on TV, which is a very interesting approach for a superhero show!

Another Stephen King film is due this year and this time it is the mighty Dark Tower! King's fantasy saga about the mysterious gunslinger chasing down the man in black, has finally made the jump from the page to the silver screen and you can check out the first trailer above!
I really like the casting of Idris Elba as Roland and Matthew McConaughey as the man in black Randall Flagg, but I am not sure if I really love the fact that the film seems to start with the whole multiverse aspects of the story, which only got introduces a little later in the books, if I remember correctly.