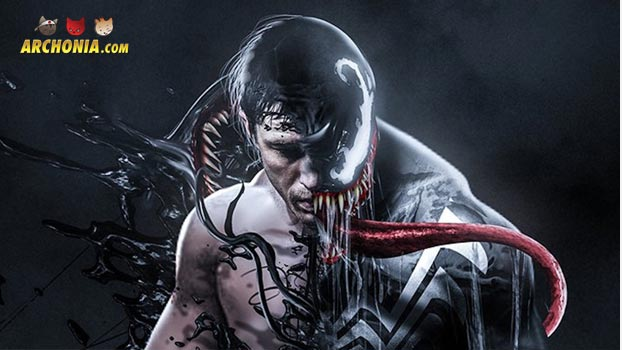 Tom Hardy is Venom! Hugh Jackman talks Logan! Aquaman's love surfaces! Judge Dredd comes to TV! Check all of this out, in this weeks Geekly! 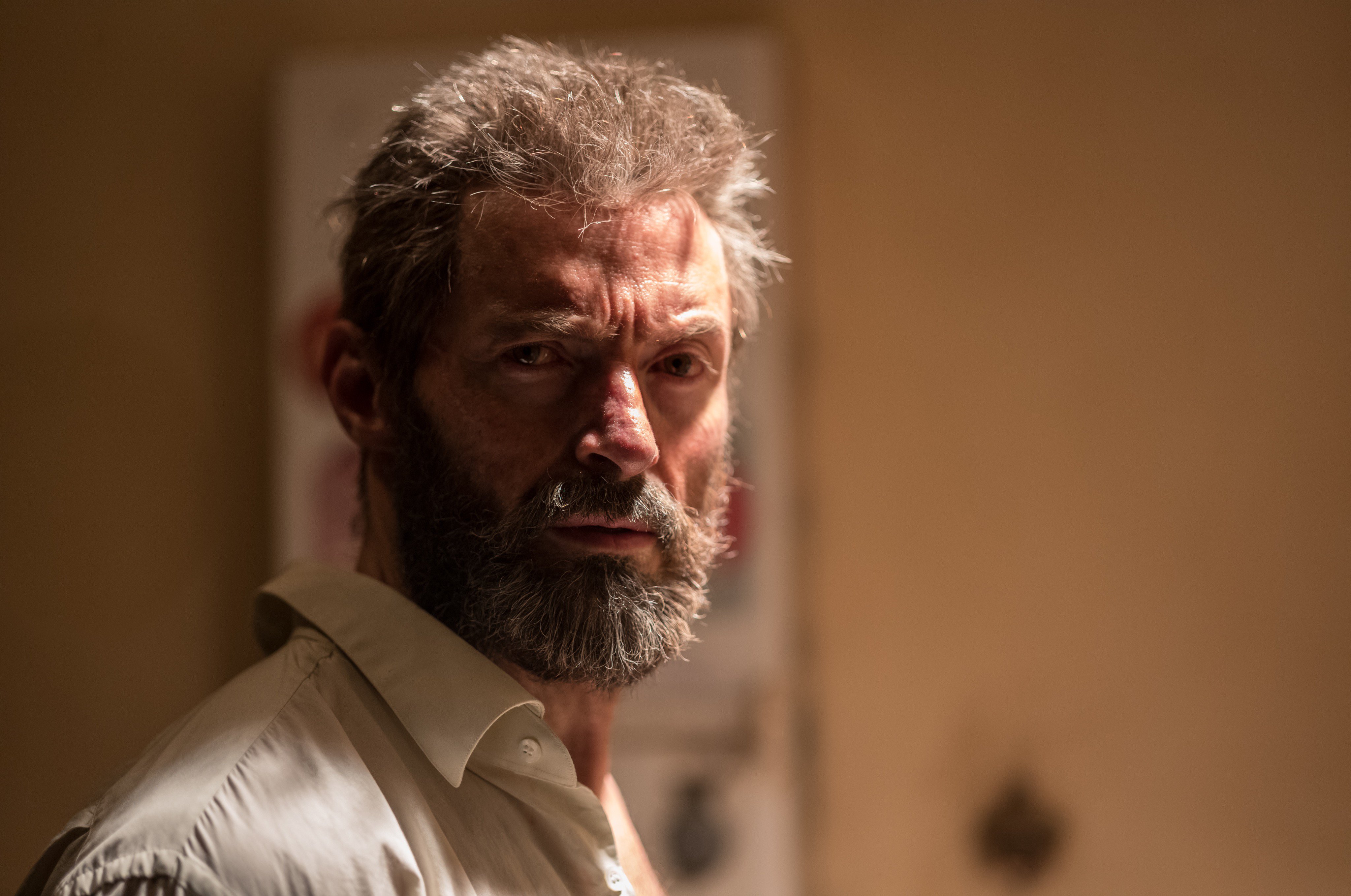 Hugh Jackman left behind his most well know character, the X-Man Logan aka Wolverine, earlier this year. With the movie being a huge success, especially for a R rated, non formulaic superhero movie, and it coming out on home media soon, the actor has talked again about the making of the film and a few of the decisions he and the filmmaker made regarding the movie. SPOILERS for Logan follow

When Jackman sat down with Collider, he was asked about the rumor of his old enemy Sabretooth originally being a part of the movie, the actor had this to say:

"There was a story point where they go to Vegas, you know how they go to the Oklahoma casino? They go there and at this point Sabretooth is running like a major casino and really, really wealthy, and really kind of runs a town, and sort of respectable in a way but is still himself. That idea was thrown around, I forgot about that."

He also reflected a little bit about his regrets with the role, especially about things he might not have been able to give to the fans, like the comic accurate yellow/blue spandex costume of the character, which never made a real appearance on screen.

"There were a couple of things I couldn’t work out how to do. Fans always say, ‘When are we gonna see you in the blue and yellow spandex? We’ve gotta see that shot!’ We tried a little bit in The Wolverine, it didn’t happen —on that plane at the end he opens up a box and there’s the suit, I think that ended up getting cut. So the suit was one thing but we just couldn’t work out how to do it, so if anyone can work that out you go for it. The other idea that I always loved was the idea in the comics that every year on Logan’s birthday, his brother comes and beats the crap out of him. I just thought that was such a cool very fun idea and very in keeping to those characters. His birthday present was just a beating and that’s the only time he sees him (laughs). I kept saying, ‘Jim can we put that in?’ and he goes ‘Eh this is not that movie.’ But anyway."

Collider also asked him about his double role in Logan as the pure berserker like clone of Logan, called X-24. Jackman went into quite a bit of detail on his thoughts on playing two parts of the same character.

"I was very skeptical of having X-24 being played by me. I understood what it represented and thematically the idea of battling himself, which of course is right at the core of this character that we never fully got to, so I kind of loved the externalization of that. But I also know that myself as an actor and fans of Wolverine come up to me in the street every day and go, ‘We wanna see that full berserker animalistic crazy off-the-wall Wolverine,’ right? That we don’t feel we’ve fully seen it, so I was like, ‘Jim if we introduced halfway or near the end of the movie that full berserker animalistic crazy Wolverine and he’s somehow fighting our hero, audiences won’t know what to feel.’ And I remember him saying, ‘Trust me, trust me, trust me.’ And I was a bit of a pain in the ass on that one, I was like, ‘I’m just not sure. Let’s keep exploring it and exploring it.’"

I really feel Logan was a fitting send off for the character as portrayed by Jackman and probably the best X-Men movie (maybe even the best Marvel movie) in general. That is a big deal, so in my opinion Jackman nailed his exit from the superhero genre.

After months long speculation about a possible, stand alone Venom movie from Sony Pictures, we finally have confirmation of the movie moving forward with a director and a leading actor. Tom Hardy, best known as Bane from The Dark Knight Rises, will portray Eddie Brock in the supposedly R rated film that is trying to stray the line between sci-fi horror and superhero movie!
Zombieland director Ruben Fleischer is going to direct the movie, based on the script written by Scott Rosenberg (The Rock's Jumanji: Welcome to the Jungle) and Jeff Pinkner (the upcoming Dark Tower movie).
Sony Pictures tweeted out the image of Hardy you can check out above, showing the actor wearing a Venom shirt and getting into the spirit of the role. Only time will tell if the scarred face will be part of the role or not, as Hardy doesn't typically has that look in general.
I am a big fan of Hardy, so to me this is good news as far as casting goes. The only thing that still confuses me is the, hopefully/maybe now outdated information that this film WON'T tie into the Spider-man movie or the MCU, which would be a weird choice, because Venom cannot even exist without Spider-man on the map, in my opinion. As I said this could already have been changed behind the scenes and the movie could tie into Homecoming and the MCU, but with it being R rated I kinda doubt it.
But yeah, thanks to Hardy's casting I am now actively interested in seeing how this might turn out, which I haven't been before. Well done, Sony. You got my attention.
The Venom movie is supposed to arrive in theatres in late 2018.

Over a year of prep, 6 months of training, & countless hrs of denying myself pleasure, aka donuts, has led to this moment: Day 1. #Aquaman pic.twitter.com/qW1UE10RxS

Actress Amber Heard shared the above picture in a tweet to show her finally getting ready to portray Mera in the now shooting Aquaman solo movie, by DC Comics and Warner Brothers.
The Jason Momoa led movie, directed by Conjuring and Insidious director James Wan, has gone before cameras in Queensland Australia a few weeks ago. Wan also shared a first look at Mera in costume on the set of Aquaman which you can check out below: 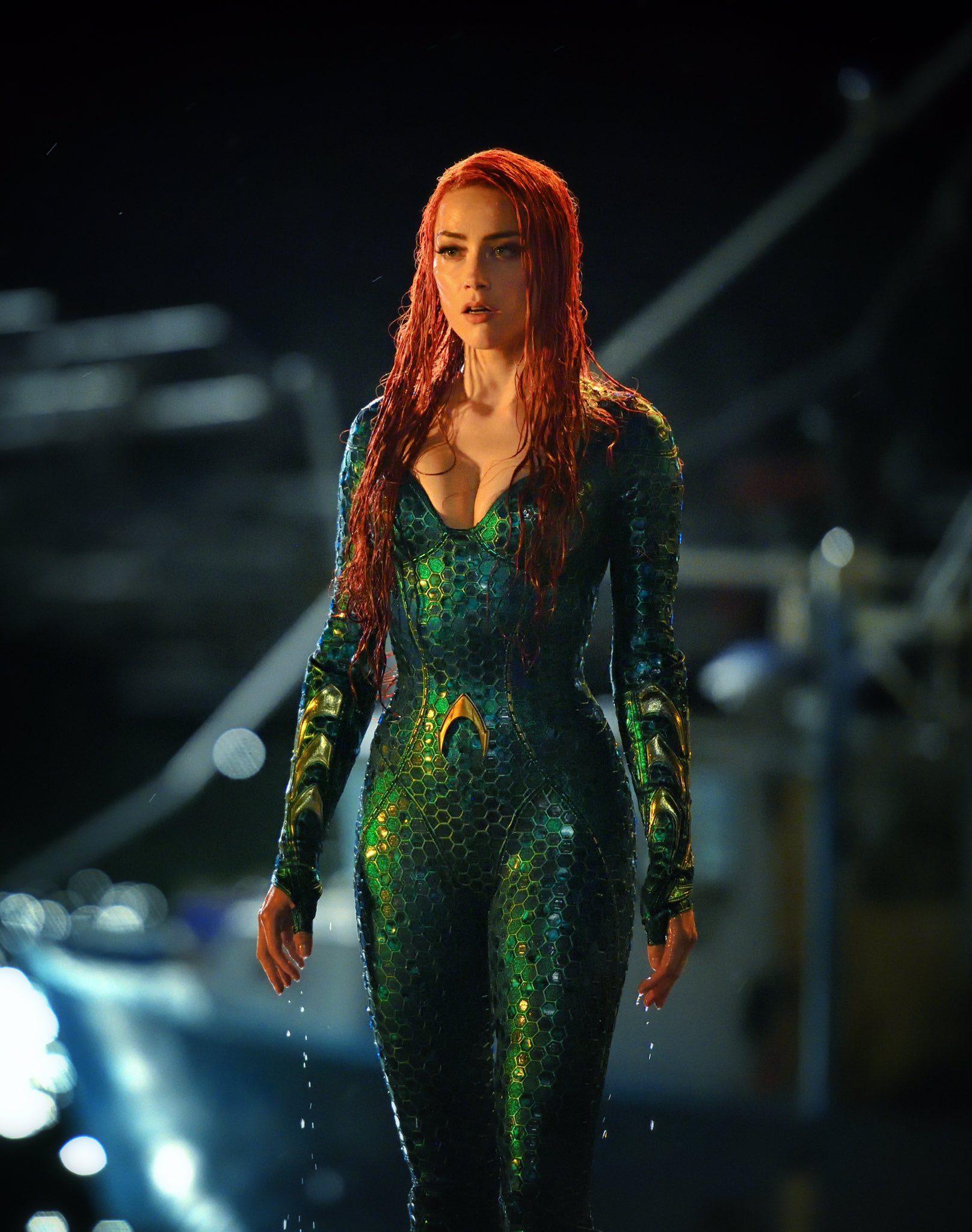 Her Aquaman costume looks less armored and closer to the comics than her suit that has already been seen in Zack Snyder's Justice League trailer. I like both versions overall and can't wait to finally see Mera in live action for the first time later this year in JL. The less armored look we see from the new picture also might mean that we will get a flashback to the time Mera met Arthur for the first time playing out as a flashback before JL. We'll see next year when Aquaman hits theatres. 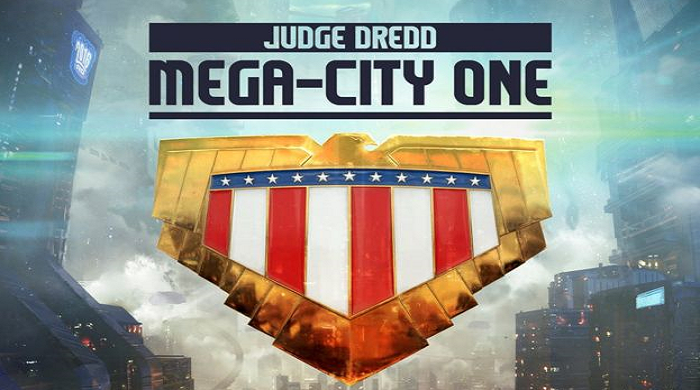 Judge Dredd: Mega-City One is set in a future where the East Coast of the U.S. has become a crowded and crime-ridden megalopolis. It will be an ensemble drama about a team of Judges — futuristic cops invested with the power to be judge, jury, and executioner — as they deal with the challenges the future-shocked 22nd century throws at them.

The show will have some of the same producers as the 2012 movie Dredd, so of course the question on a lot of fan's minds is "will this tie in with the movie and will actor Karl Urban be back to portray Dredd himself!"
Urban stated previously that he would be interested to pick up Dredd's helmet again for a sequel, so the only question is if he would feel the same for a TV show, which will have a very different work schedule.
On the 2000AD Thrill Cast, a podcast dedicated to the 2000AD comics where Judge Dredd has his home, Mega-City One producer Brian Jenkins talked a little bit about that possibility.

“We have had many conversations prior to this, about all sorts of things. He’s also very busy, a full-time professional actor. So we’re going to have some long and complicated conversations I would imagine, and we’ll see where we go. It’s too early to tell yet, but if we can use him and he’s available to us, then I think that would be absolutely brilliant. There’s always a possibility he will be busy, or that his schedule for other movies won’t allow — basically, we don’t know at this stage.”

I think it would be a great idea to bring him back and have the series being set in the same universe as the 2012 movie, because they also could just keep the designs of the suits and the world, but if that will work out remains to be seen. I do feel that Dredd being on TV might be an even better fit for the character than in a movie franchise, which also worked well for Daredevil at Marvel.