SDCC 17 was last weekend, so there is a flood of amazing new stuff the geekiest of us will enjoy! let's check out the highlights together, shall we?

The next MCU movie (and easily my most anticipated MCU film in a whiiiiiiiiile) is going to be Thor Ragnarok, the third Chris Hemsworth Thor film, in which he takes on Hela, the norse goddess of death. But this time the Odinson won't fight for Asgard alone, as old allies and enemies like Loki and Heimdal plus the incredible Hulk (Mark Ruffalo) will join him!
Now, during SDCC 17, Marvel Studios has unveiled a new trailer for the Taika Waititi (Flight of the Conchords, What We Do In The Shadows) directed film, which you can check out above!
I really think this might take my number one spot of favorite Marvel movie, as I always LOVED Hemsworth in the role and really think this already looks like the most visually stunning Marvel movie ever. Add to that the super sharp wit of writer/director Waititi and I can't see how this could go wrong. Especially with more Thor - Hulk scenes like we've already seen in Avengers and this new trailer!

Steven Spielbergs next offering will be a decidedly geeky one, with the book adaptation Ready Player One! Now during SDCC WB released the first trailer of the film, which you can check out above.

When the creator of an MMO called the Oasis dies, he releases a video in which he challenges all Oasis users to find his Easter Egg, which will give the finder his fortune. Wade Watts finds the first clue and starts a race for the Egg.

The Zack Snyder/Joss Whedon directed DC team up film Justice League is easily my most anticipated movie of the year. As a huge DC fanboy I just can't wait to finally see all my favorite heroes team up together and take on a full scale Apokoliptian invasion!
Check out the new trailer above and catch a mention of Green Lanterns, hear Ezra Miller's amazing Flash explain how his fights went thus far in his career and see Jason Momoa's Aquaman ride a falling parademon through a building like a surfboard! Yeah, this is gonna be great, people! Can't wait anymore!
For people who worry about spoilers: we get to see Steppenwolf in the trailer, but no Superman or GL yet, so don't worry too much. I also think the handling of Steppenwolf here shows he won't be the big bad for the end fight, as we can hear him talk to someone who is probably Darkseid. I really hope that will be the case, because having a relative unknown guy like Steppenwolf being the leader of the Apokoliptian forces would seriously rub me the wrong way. I NEED Darkseid! 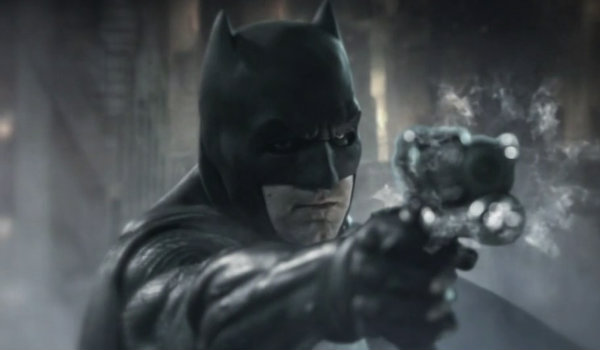 Short before SDCC the Hollywood Reporter reported on a source of them saying that Ben Affleck wants to leave the role of Batman behind as fast as he can.
During the Justice League panel Affleck denied those rumors fiercly by saying that Batman is the coolest part in any universe, DC or Marvel and that he absolutely loves it.
Now after the panel he talked more about it to Entertainment Weekly.

"My status remains what it always is. I’ve done the two movies. I’ve always intended on doing a third if Warners wants to make it. Certainly, if the Batphone rings, I will answer."

Affleck also said that he thinks the news of him not directing the solo Batman movie, like it was usually planned, gave people the impression he wasn't excited anymore about the part, which couldn't be less true. The real reason for him to veto his directors job on the film came from more practical reasons.

"It’s such a big job, in terms of the stunts and the suit and the action and the character. Trying to do that, and direct, would probably be too much. Something would be compromised. I think it came off, optically, to the broader world, like lack of interest or enthusiasm. When in fact I love this character."

"I think getting Matt Reeves to come in and do it is really, really exciting. Matt hasn’t really unveiled his full vision yet. He wanted to wait until Apes came out, and he was obviously consumed with that. So I’m looking forward to hearing what his story is."

"Warners has been working on it, making sure we’re getting it right. That’s the partnership you definitely want. With Wonder Woman, they really hit a home run. With [Justice League], I think we’ve found the tone, and found the flavor of it. I’d love to do it as long as they’ll have me. Eventually it’ll be somebody else, and I’m sure they’ll get somebody great. But while I’m doing it, I’m going to do the best job I can, and really appreciate how lucky I am."

I am still very sure that Affleck won't do any more movies after JL and the first solo Batman, but think DC has the perfect way to switch Batman actors now, thanks to the freshly announced Flashpoint movie, where Ezra Miller's Flash will change the timeline. If that is not the perfect point to switch from Affleck to a younger actor, I don't know what is. 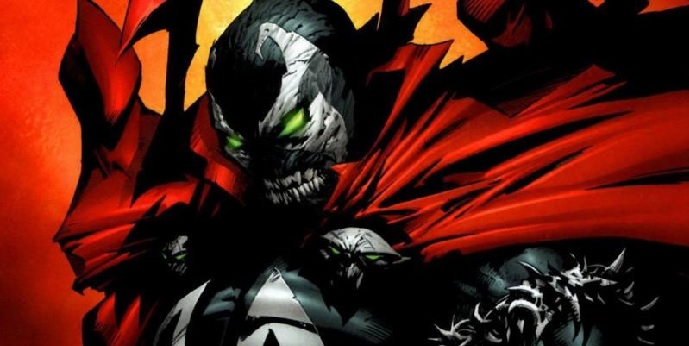 After the pretty bad to horrible Spawn movie from 1997, Spawn creator Todd McFarlane has not wasted a single year with not talking about the next movie, which would be a reboot that is much more horror than superhero in genre. This SDCC he opened up about the movie almost 20 years in the making, by revealing that the script is already done and that he will direct the movie himself.
When he talked with comicbook.com he was asked if he might use Hollywood or even Oscar winning actors for the film.

"Yeah a couple approached me. Those are still on the table, and I just recently signed with CAA, the largest and biggest talent agency in Hollywood, so they've got lots of talent that they will sort of start pushing and funneling towards it if they think that the roles are there."

McFarlane also revealed Spawn's role in the film, which will be of course cruical, but not the main part.

"There's two big roles in the script. There's obviously sort of Spawn himself, although in a weird way it's not the biggest role, and then there's the cop. The cop is this character Twitch who's been there since issue #1. Twitch is the role in this one, and I sort of refer to him as my sheriff Brody, who is the sheriff in the Jaws movie. Although it was called Jaws, Jaws didn't really talk a lot in his movie, right? He just kind of showed up at the opportune time to make the movie worthwhile. It was sheriff Brody, the humans talking, chasing the fantastical thing that sort of made the movie, and to me, there's that element. Everything else is normal in this story other than (gesture) the shadow moves, and at times even when it moves, the cop just sort of thinks he's losing his mind so he doesn't even trust that the shadow's moving. If you're a bad guy, then this thing is going to come and it's going to get you."

I really like the idea on paper of a Spawn movie, with the character being a horror element in the background, but as I said before, McFarlane has been talking about this project for 20 years, so as cool as it could be, I am not holding my breath. As someone who enjoyed the first 50 issues of Spawn as a young teen, I would totally be up for a cool and scary Spawn film, of course, so finger crossed!