A Big Time for Dungeons & Dragons! 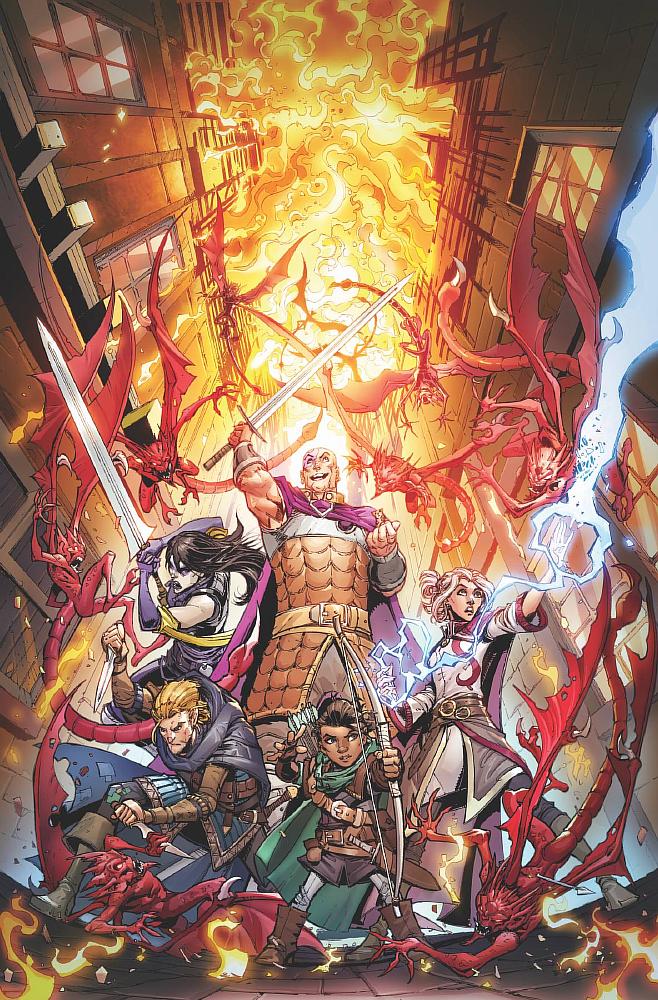 D&D has never been bigger. The game's cultural footprint, book sales, and player base has eclipsed every previous edition. Creating heroic fantasy stories with your friends is new and nostalgic at the same time.

The synergy between the tabletop RPG, video games, and fiction has also never been stronger. Fans are hungry for content and Wizards of the Coast have been smart about how they're syncing it all up across multiple platforms.

For example - Baldur's Gate: Descent Into Avernus, a new tabletop RPG campaign adventure book, arrives in stores September. At the same time, the Baldur's Gate III video game has been announced (and the first two classic games are returning on multiple platforms), bringing millions of old and new video gamers back to D&D with an established and beloved franchise.

On the comic front, in November IDW is launching a new D&D comic mini-series that uses Baldur's Gate heroes at its core. DUNGEONS & DRAGONS: INFERNAL TIDES reunites Max Dunbar and Jim Zub for a 5-issue epic comic story that uses the same core material as Descent Into Avernus to bring it all full circle. Max and Jim both contributed art and story material to the tabletop game supplement, and now they're bringing that same momentum to the comic page! 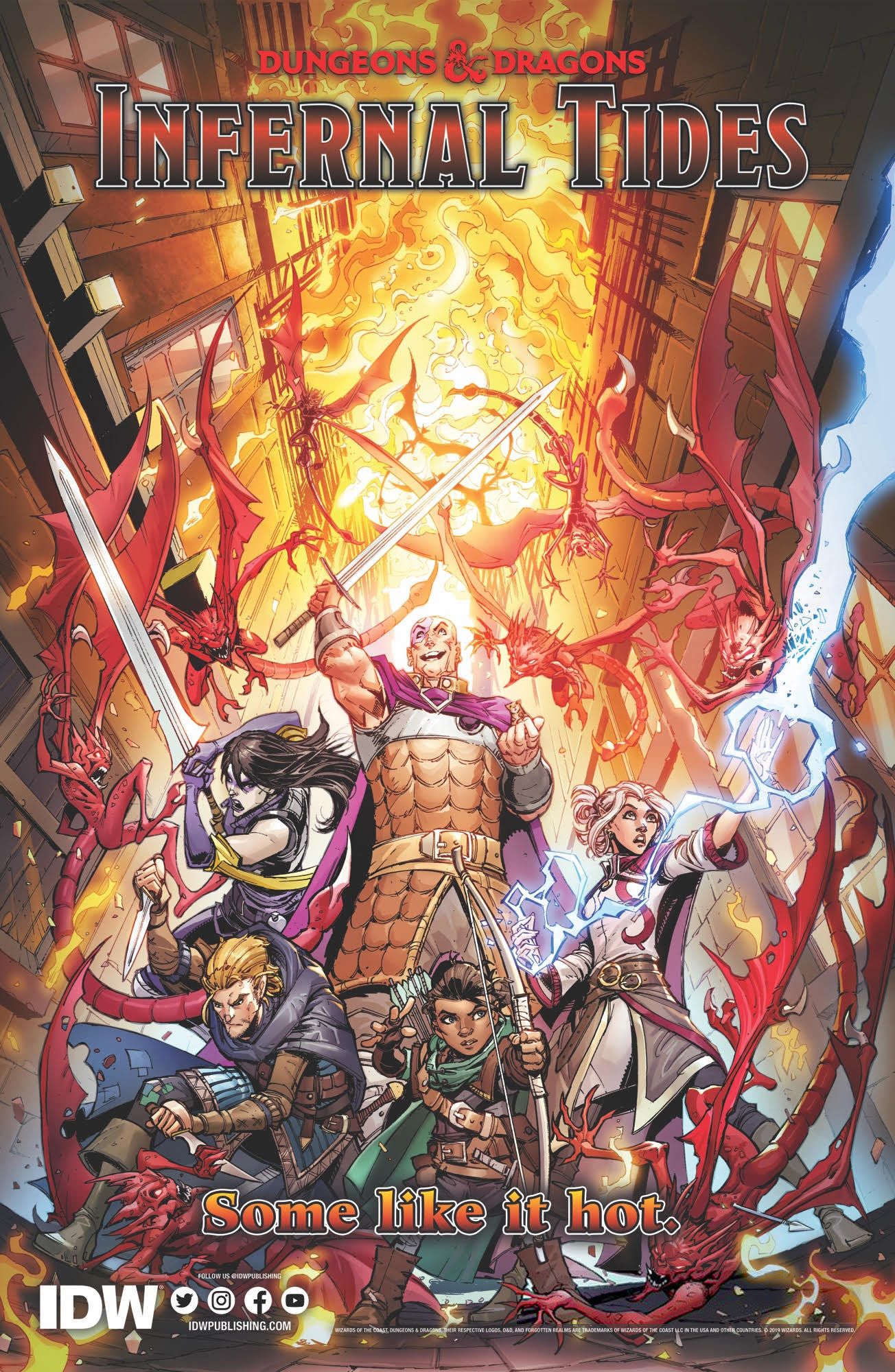 Infernal Tides is an epic D&D comic adventure that builds on our previous stories, but is also new reader friendly. It uses fan favorite D&D lore but also explains it along the way so new readers will never be lost.

IDW has seen the strength of D&D in 2019 and on top the new series, they have two great reprints available this Fall. 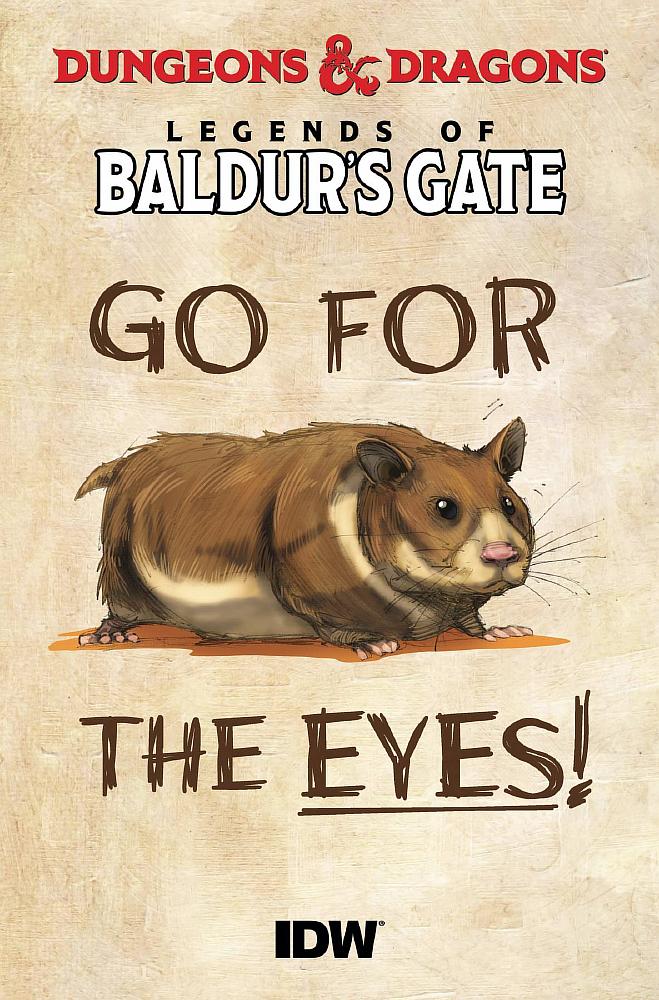 Join Minsc, Delina, Krydle, Shandie, and Boo the Miniature Giant Space Hamster on their original adventures in this oversized, value-priced, introductory issue! Dungeons & Dragons is more popular than ever-now is the perfect time to join the fun, and this is the perfect place to start!

Go beyond your tabletop campaign-or fuel it with new material-in this trio of immersive adventures set in the boundless world of the Forgotten Realms.

A new generation of heroes, led by a revived Minsc and Boo, rises to protect Baldur's Gate, but they'll soon find themselves fighting evil forces throughout the Realms and beyond. Whether they're stopping a plot by the Cult of the Dragon to destroy the city; escaping from the endless night of Ravenloft in the Demiplane of Dread; or facing down frost-giant raiding parties in the frigid Spine of the World, the action never stops! GO FOR THE EYES, BOO!