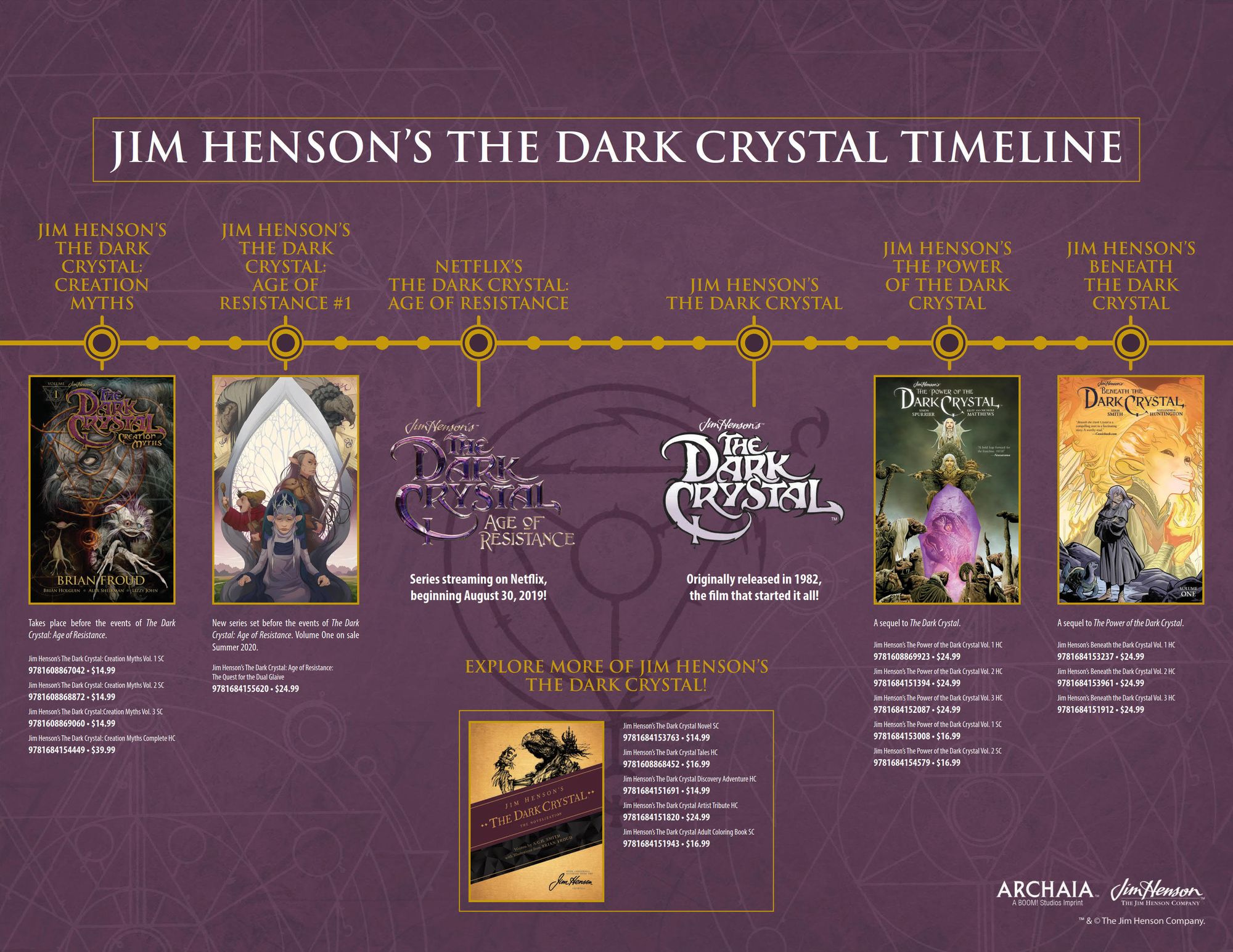 Not sure where to start reading the comics that are available from BOOM! Studios for JIM HENSON'S THE DARK CRYSTAL?

They've created this timeline that calls out key titles any fan of the series should be reading, including where those titles fall in relation to the Netflix series and the classic film!

These comic books are available for purchase in our store: 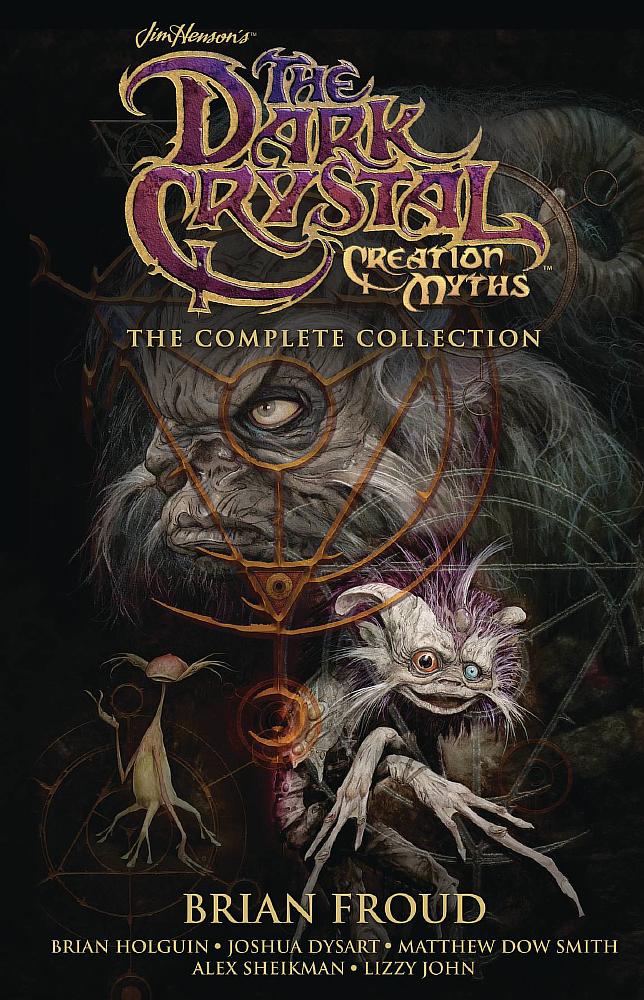 Collected for the first time in one oversized edition, this series reveals the definitive origins of the Skeksis, Mystics, Gelfling, and the Dark Crystal itself while introducing all new characters in an epic spanning thousands of years. Written by Brian Holguin (Spawn: Origins), Joshua Dysart (Unknown Soldier), and Matthew Dow Smith (Doctor Who), and lushly illustrated by Alex Sheikman (Robotika) and Lizzy John (Fraggle Rock), Jim Henson's The Dark Crystal: Creation Myths is a breathtaking return to the fantasy world that has captivated audiences for over thirty years. 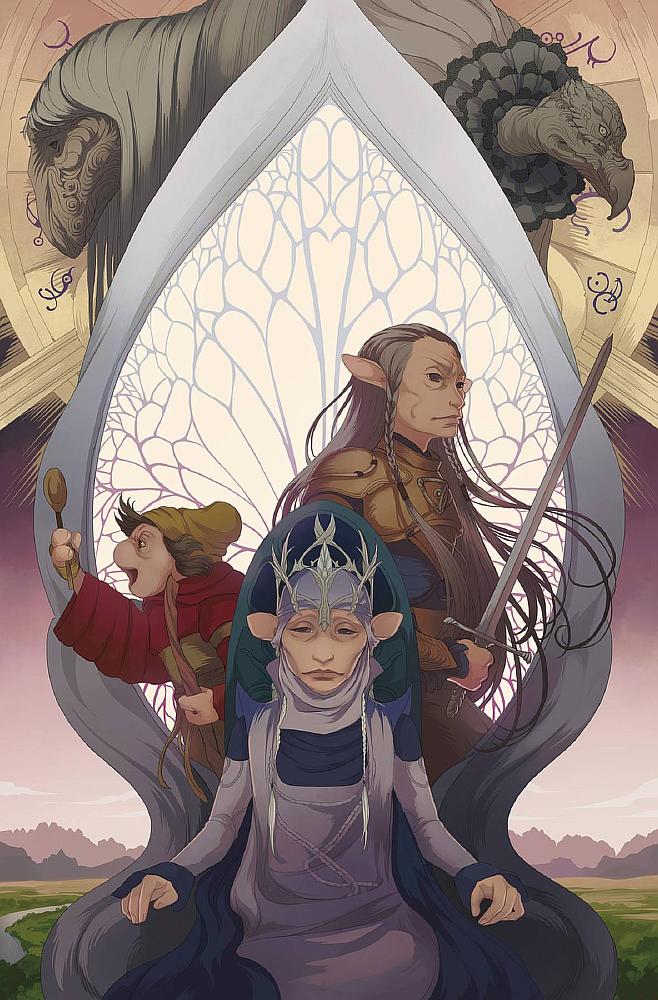 Return to another world, another time, Before the Age of Wonder. The Skesis rein over Thra, but there are distant echoes of rebellion. Gelfling and unlikely heroes emerge to champion what is good and just, but their paths to legend started long ago. Epic tales of adventure, magic, and mystery send us back in time to the Age of Resistance to witness the untold histories that forged these protectors of Thra. 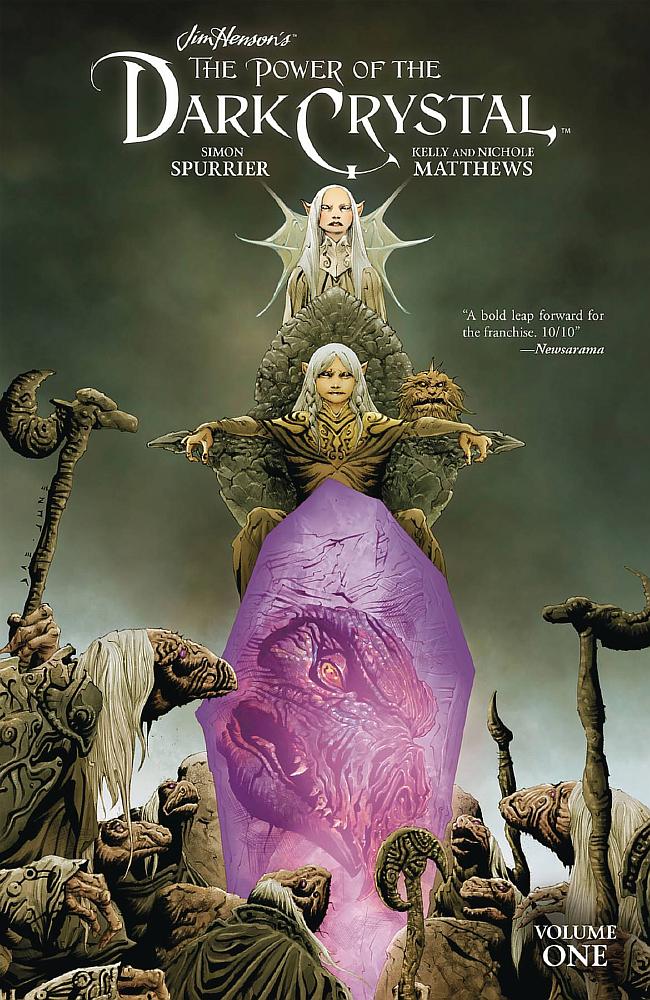 Years have passed since the events of the original film, and though Jen and Kira have ruled Thra as King and Queen, they have become distracted by power and can no longer feel or see the needs of the world the way they once did.
A young Fireling named Thurma is tasked with stealing a shard of the Crystal to restore power to her neglected, dying world. Along the way shefll befriend the young Gelfling Kensho, conjure the Skeksis and Mystics, and embark on one incredible adventure.
Collects issues #1-4. 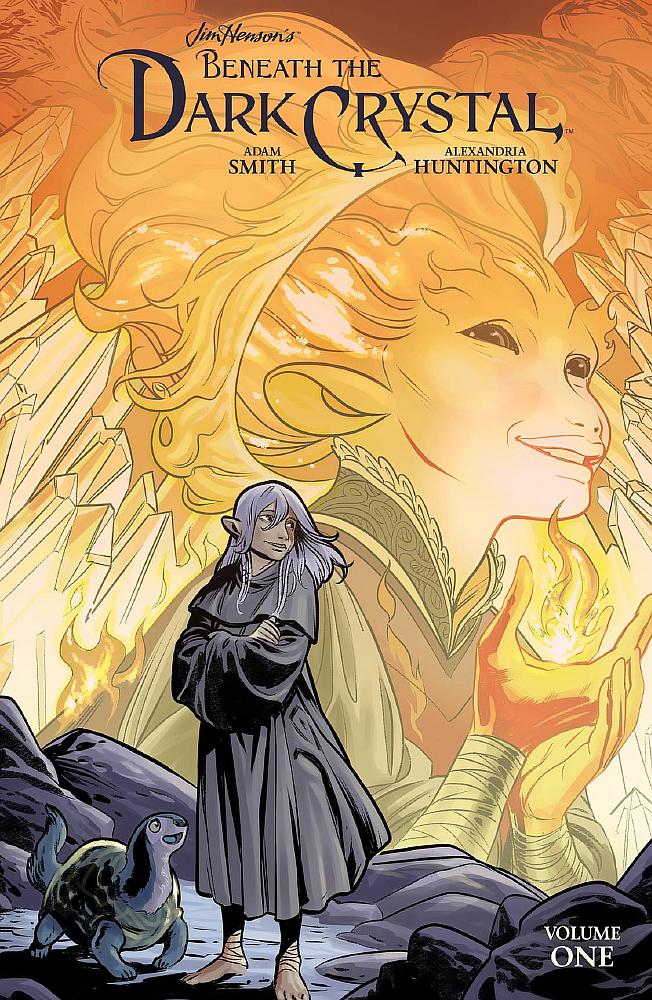 Arriving at the Crystal Castle where he was once a lowly acolyte, Kensho is asked to accept the responsibility as leader of Thra. But he will have to rectify sins of the past before he can decide if he-or anyone-is fit to rule.
Meanwhile, the realm of Mithra is being rebuilt by the newly-crowned Ember Queen Thurma, whose own quest to decide the future of her land is thrown into question when another Fireling makes a claim as the true heir to the throne.

Discover more The Dark Crystal comics, art books and merchandise in our webshop!